"You're not a reporter," he said to the anonymous individual Bill O'Reilly sent to hector him 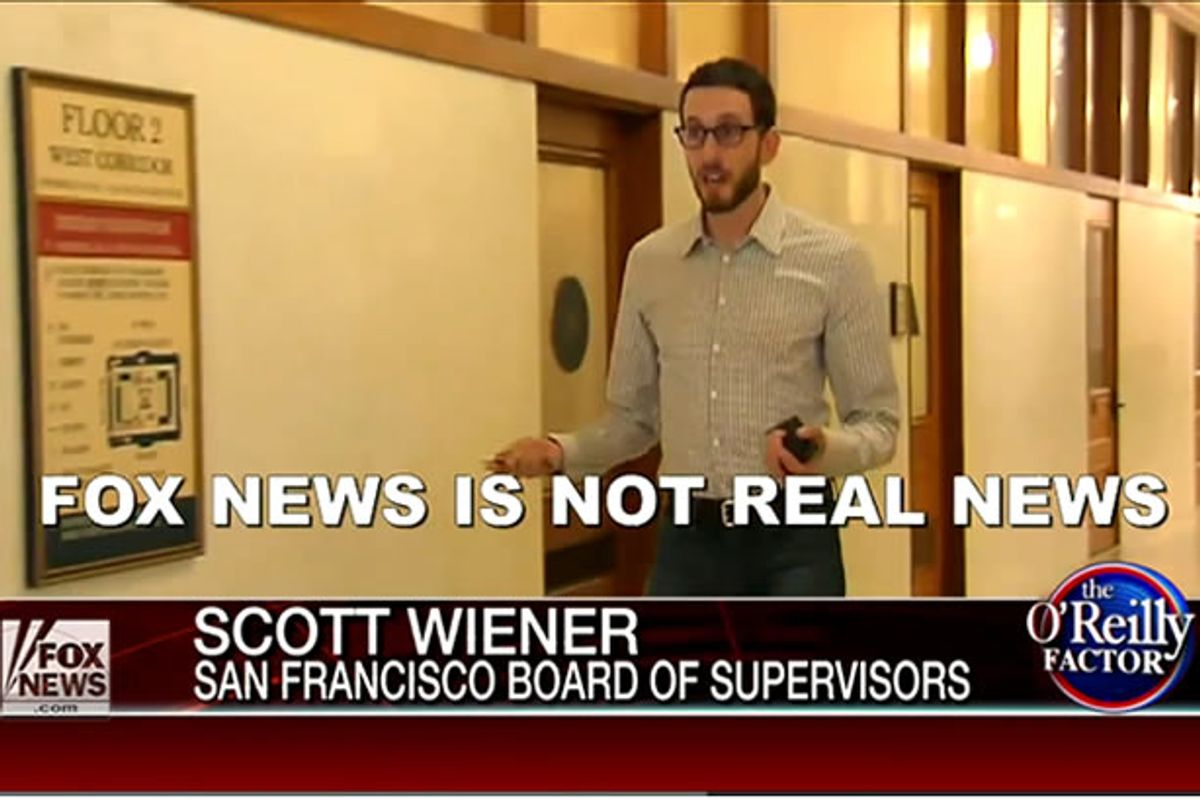 In addition to his baseless attack on Salon for "enabling evil," Tuesday night Bill O'Reilly again did exactly what Salon criticized him for doing in the first place -- opportunistically sending a reporter to ambush San Francisco politicians about the brutal murder of Kate Steinle.

The first person confronted by an anonymous Fox News reporter -- O'Reilly never explains why he had to send in random people, but it becomes pretty evident why fairly quickly -- is City Supervisor and human rights lawyer Jane Kim, who told whomever it was Fox News sent that she believed the real issue here wasn't immigration, but gun control.

That being a tetchy subject for Fox News viewers, O'Reilly's producers immediately cut away to a different reporter accosting City Supervisor Katy Tang on the street. "Of course Fox News would be this rude," she said to the man who proceeded to chase her down the street yelling about how she was complicit in Kate Steinle's death -- respectfully, of course, because O'Reilly's not an opportunist. "You're interviewing the wrong fucking person," she said to the "journalist" harassing her.

"Those women," O'Reilly said, emphasizing their gender for no particularly good reason, "won't take responsibility for the danger they allow, and it gets worse -- Supervisor Scott Wiener attacks the messenger."

"Fox News is not real news," Wiener said, not even breaking stride as he made his way to his office, "and you're not a reporter. I talk to real news only."

"I want to know if you show remorse and are upset that the president didn't reach out to the families," the hired hectorer asked as he chased Wiener down the hall.

"Fox News is not real news," Wiener said, before shutting the door "Godfather" style in his face.

"What a pinhead," O'Reilly said of the clip -- because what else could do? Defend Fox News as a legitimate news organization?