Is kale making people sick?: The dark side of everyone's favorite superfood 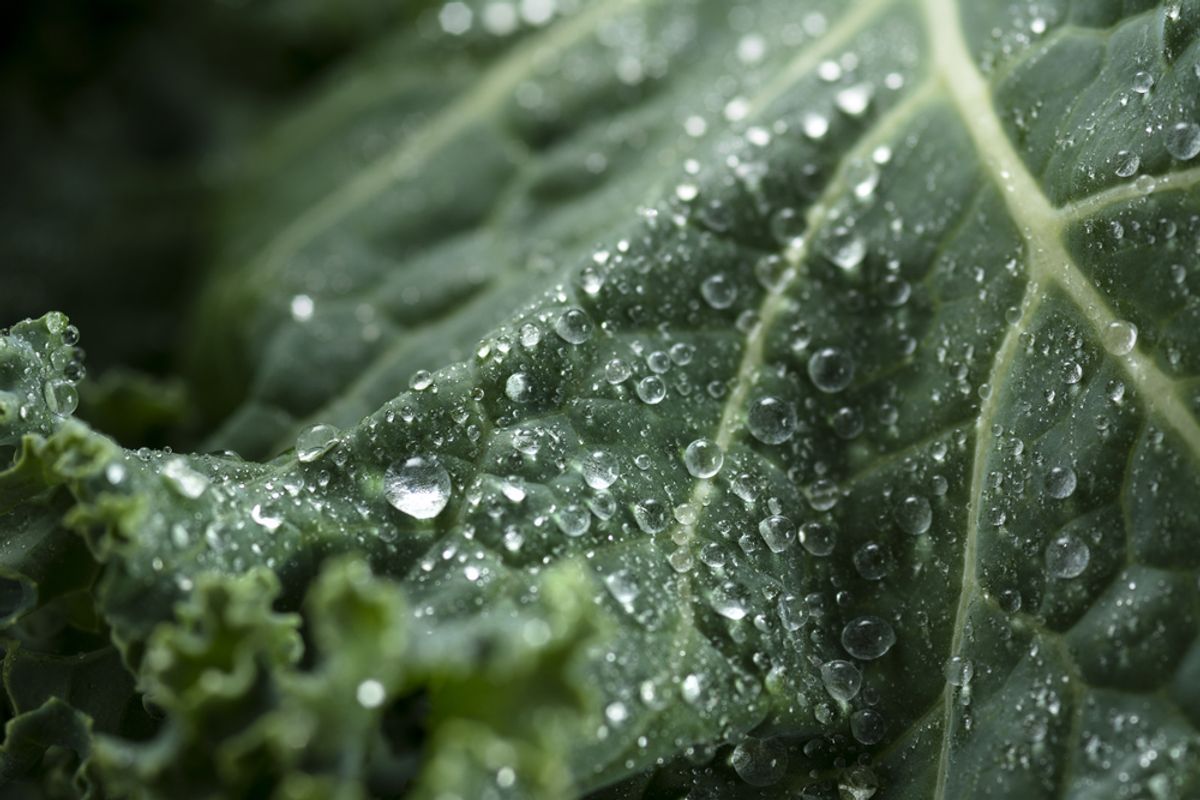 Hold on to your co-op shares, kids. We may have just received some very worrisome news about kale -- and about the unpleasant-sounding side effects that one scientist believes might result from eating too much of the wrong plants.

Mother Jones' Tim Philpott, who gets some kind of perverse pleasure from shaking our trust in trendy foods, brought our attention to this fascinating work of investigative journalism in Craftsmanship magazine, in which Todd Oppenheimer follows the saga of a Marin County, California-based molecular biologist and alternative health clinician whose organic, health food-loving patients started presenting with some troubling symptoms: "Chronic fatigue. Skin and hair issues. Arrhythmias and other neurological disorders. Foggy thinking. Gluten sensitivity and other digestive troubles. Sometimes even the possibility of Lyme Disease."

Being the type of people who live in Marin County and consult with an alternative health clinic, they didn't tend to smoke, or do drugs, or drink a lot. They did, on the other hand, eat a lot of kale.

The researcher, Ernie Hubbard, starting testing their urine, and noticed that several of the patients were unexpectedly peeing out large amounts of the toxic metal thallium. The pieces began to align: thallium found in soil, several studies have suggested, tends to "hyperaccumulate" in cruciferous vegetables grown there. That's a class of greens that includes not just kale, but also cauliflower, cabbage, bok choy, broccoli and brussels sprouts. But only one of those is a superfood sensation. “It suddenly hit me,” Hubbard told Craftsman. “I thought, ‘Oh, my God!’”

Hubbard started analyzing more urine. He urged a patient who called herself the "cabbage queen," whose hair was falling out in clumps and whose thallium levels were seven times higher than the "threshold" safety limit, to cut back. He set up a lab in his houseboat, then gave up and contacted an actual lab to start conducting tests on samples of kale. He began to understand how even traces levels of toxic heavy metals can add up to big health problems. He got to work trying to figure out just how thallium was getting into the soil in the first place. It's an ongoing project, with coal ash spread as fertilizer and wastewater from nearby fracking and drilling operations as potential -- but unconfirmed -- suspects.

The story doesn't exactly "ruin" the beloved leafy green, at least not for this Brooklyn-based salad enthusiast. A lot of Hubbard's research is still in the speculative stage. And kale's still got a lot of great things going for it: calcium, magnesium, potassium, Vitamin K, antioxidants. But as Philpott concludes, the prevailing wisdom that everything should be enjoyed in moderation certainly seems to apply here. And in any case, there are plenty of reasons beyond the risks heavy metal poisoning not to consume an inordinate amount of kale. Green juice, subjectively speaking, is a crime against beverages. McDonald's added kale to its menu, so it's officially not even cool anymore. And don't even get me started on National Kale Day, which has been totally co-opted by Hallmark.