Obama's disappointing criminal justice reform speech: The movement will need more than this

It's great to hear the president advocate for reform. Pity that he does so with such conservative language 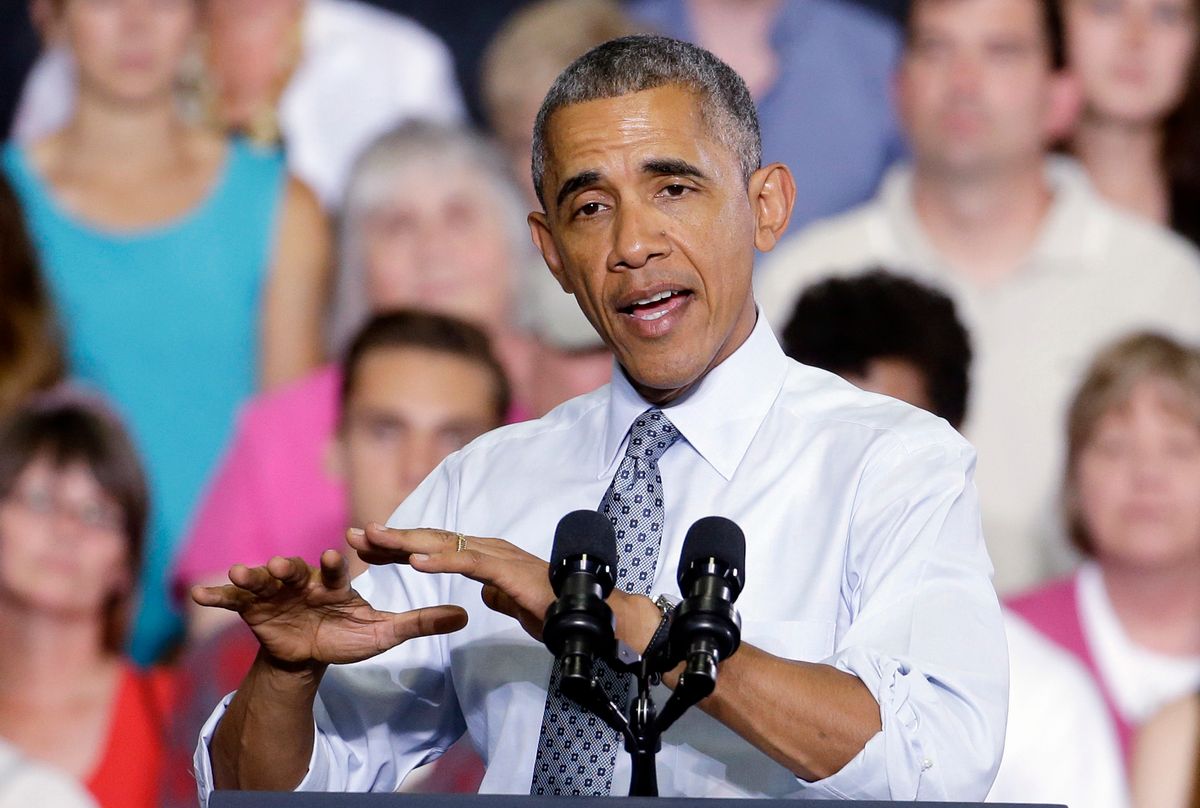 For good and ill, Barack Obama has been an unusual president. Some of the ways he’s broken from convention have been laudable; his biracial heritage and support of marriage equality immediately come to mind. But some of ways he’s forged his own path, such as assassinating an American citizen or offering to cut Social Security, have been harder to defend. Thus far, his record on clemency — i.e., the number of pardons and commutations he’s granted as president — belongs firmly in that second group.

In fact, even if we take into account the 46 nonviolent drug offenders whose sentences he commuted on Monday, the numbers would still lead one to believe that Obama is an exceptionally unforgiving president. Nearly seven years in to his tenure, Obama’s granted fewer than 90 commutations and a mere 64 pardons. The second number is the lowest any president has had since the days of James Garfield, the late-19th century Republican who was in the White House for less than a year before he was murdered by one Charles J. Guiteau (who was executed despite probably being insane because, again, it was the 1880s).

Mercy was on my mind, then, as I watched President Obama during his big Tuesday speech on criminal justice system reform. The event was in Philadelphia and the occasion was the NAACP's annual convention, which I thought was fitting, given the obvious yet hard-to-define relationship between the politics of race and crime in America. After all, while there undeniably are people out there who consider him to be a wicked individual, I doubt that sadism explains his lack of professional mercy. I must admit, though, that while the symbolism of the venue impressed me, it also made me nervous.

Remember now, even though we tend to think of Obama as an abnormally modern, contemporary politician, he does come from a generation that spent much of its adult life watching Republicans defeat Democrats by calling them “soft on crime.” From 1968 through at least 1996, the GOP hammered Dems on "law and order" time and again. That's why Bill Clinton’s claims to be “tough on crime” were integral to his “new kind of Democrat” pitch. During his first campaign, for example, he ran ads trumpeting his support for capital punishment. And whether or not it was Clinton’s design, what happened to Ricky Ray Rector showed that he wasn’t kidding.

So when Obama claimed early in the speech that "honesty" required acknowledging that “some folks … need to be in jail,” I was both unsurprised and disappointed. I don’t expect the president of the United States to come out for prison abolition, of course. But violent crime in the U.S. is historically low, and the number of people in prison is historically high. I am tired of hearing liberal politicians indirectly suggest that the carceral state exists to keep the “bad guys” away from everyone else. That may be part of what it does, but history shows it was also crafted with less-noble intentions.

Then again, I know that politics is a bad place to look if one’s searching for truth. So I gave Obama a break for doing what any successful politician does, which is meeting the public not where you want to be, but where it actually is. And in all fairness, I can’t blame the American people too much for not understanding that violent crime is on the wane. The media is obsessed with violent crime (“if it bleeds, it leads”) and studies show that people of color are represented as being especially dangerous. What concerned me more, to tell the truth, was what Obama said next.

This was the part of Obama’s speech that talked about cost, which I expected and dreaded in equal measure. It’s true that mass incarceration doesn’t come cheap; according to the president, the U.S. spends $80 billion every year keeping people incarcerated. It’s more than fine for the president to say that — it’s something voters should understand. Talk of cost, in the abstract, isn’t necessarily a bad thing. It’s the way Obama did it that made me wince. Not only was money being squandered, but “taxpayers,” he warned, were the ones “picking up the tab.”

Much like talk of “bad guys” who need to be imprisoned, this is a common trope of politics, a sin that leaves no elected official untouched. But just as the idea of a world divided between “good” and “bad” is not only reductive but ultimately conservative, so too is describing the collective work of a republic with such a transactional, alienated term. If we’re all merely taxpayers, then we are little more than a mass of customers who happen to be patronizing the same store. If I understand myself as first and foremost a taxpayers, then I will inevitably seek to spend as little as possible on services that offer me no benefits. If it costs me no money, what do I care if a generation rots in the SHU?

Don’t get me wrong: I understand why Obama chose to do this. And I further understand that he is far from the only liberal criminal justice reformer to make his case in this way. On a short-term basis, this strategy makes perfect, straightforward sense; it’s the only argument that gets much traction with Republicans, and Republicans happen to control not only Congress, but the governments of most states. You can talk about an inalienable right of freedom, structural racism, and the economic wastefulness of mass incarceration until you’re blue in the face. Nine times out of 10, your conservatives interlocutor will remain unpersuaded.

But if you tweak the script a bit and throw in words like “big brother,” “government overreach,” “social engineering,” and “leviathan,” you may — not definitely, but just may — get a conservative’s attention. That’s one explanation for why the anti-government extremist Grover Norquist has been played an important role in the fight for criminal justice reform. And it’s part of the reason why conservative big shots like the Koch brothers, and  conservative states such as Georgia, Texas, and Mississippi, have been in the vanguard of the legislative bloc of the reform movement. If pandering to right-wingers’ ideological hangups is the price for reducing mass incarceration, that’s a cost anyone with a heart should be willing to accept.

All that can be true, however, while also being troublingly contingent. Sure, crime is falling and has been doing so for more than a decade. But unlike gravity, crime doesn’t just go down, and it seems inevitable that, at some point, there will be an uptick. If the foundation of public support for criminal justice reform is so relentlessly concentrated on safety and cost — rather than right and wrong — what happens then? Will people accept that a prison cell is not as reliable a solution as it appears? Or will they feel they traded safety for cash, and say that’s a deal they’d like to renege? Will they be taxpayers at that moment? Or will they be fellow citizens?

When, near the end of the speech, Obama spoke of the many young men whose lives have been ruined because they lacked “a second chance” and what he called “a more forgiving environment,” it was genuinely moving. And when he spoke of formerly incarcerated people he’d met before the speech; ones who’d made so much of their lives despite living in a society that granted them “no margin for error,” it was a testament to the power of mercy and forgiveness. I hope we hear more of that in the years to come from pro-reform politicians. We need to move beyond judging the worth of those around us in terms of dollars and cents.