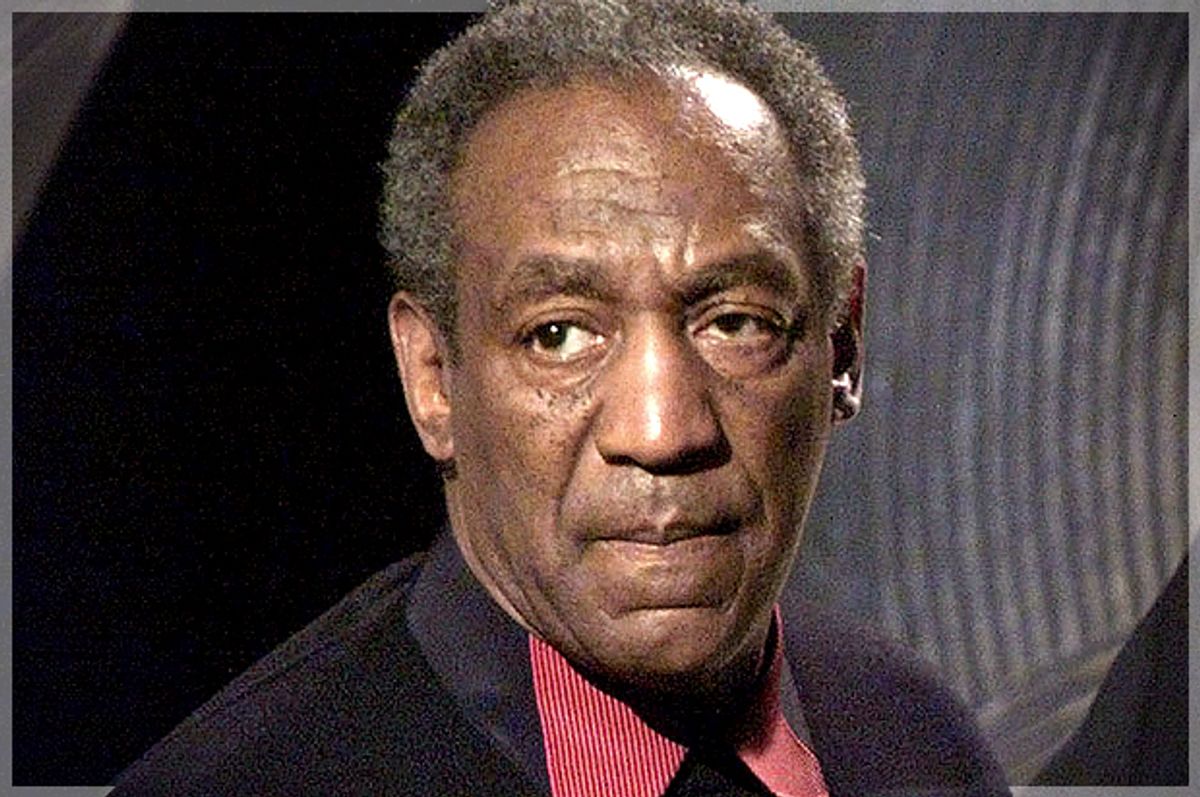 And then he says he thinks he's guilty.

His opinion turns recently when, he says, a fellow actor told him her Cosby story.

"It seemed to be common knowledge that Bill played around"

When I joined the cast of the Cosby Show in 1989, it seemed to be common knowledge that Bill played around. When I say common knowledge, I mean that it was just something that people seemed to know without anyone saying anything. Bill sleeping around was a “fact” that, like, the air, seemed to just be. You didn’t have to see it or hear it to know that it existed.

"I am fairly certain Camille knew"

I am also of the opinion that some women who are married to prominent men strike a deal with themselves. They believe that, for men, the act of sex is removed from love. The bargain they make is that as long as their husbands continue to bring home the checks and don’t bring home any babies or diseases, they will overlook any dalliances.

So, in 1989, my attitude was that if Bill was cheating on Camille, I am fairly certain Camille knew. Hey, if everyone who claimed to know actually knew, then certainly Camille knew, and had long ago made her peace with it. At any rate, it was none of my business. I never saw Bill engage in any inappropriate behavior.  I certainly never saw him drug anyone. So, all I have is the same gossip as everyone else.

"Do you believe me?"

I was particularly shaken the afternoon I bumped into an old friend while shopping. The controversy was at its height. The story of Bill was all over the press. I hadn’t seen this woman for many years.  Back in the day, I had asked her out on a few dates, but was relegated to the friend zone so fast it made my ears wiggle.  We had kept in touch for a few years, but our lives had taken different paths. Over the years, I had watched with a passive interest as her career grew, so I was excited to see her and catch up a bit.

As we spoke, I recalled that Bill had been her mentor (play father, teacher…something. I couldn’t quite recall what it was).  The question popped into my head.

“Hey, do you mind if I ask you something?”

She looked at me and then asked, “Is it going to make me cry?”

She smiled. “Go ahead and ask your question.”

“Back in the day,” I started. “I remember that you knew Bill – that he was like your mentor or something. Did he ever…”

Before I finished the sentence, she began to cry.

We spent the next two hours sitting on a bench talking. Through tears, she told me her story. She cursed him for violating both her trust and her body. She cursed herself for not being smarter, and for degrading herself in pursuit of success. I listened patiently. As she began to run out of steam, she turned to me. “Do you believe me?”