The GOP's eternal return: Why Donald Trump's xenophobia is just more of the same

The oafish magnate provides a good distraction. But he's rising in the polls because Republicans are in stasis 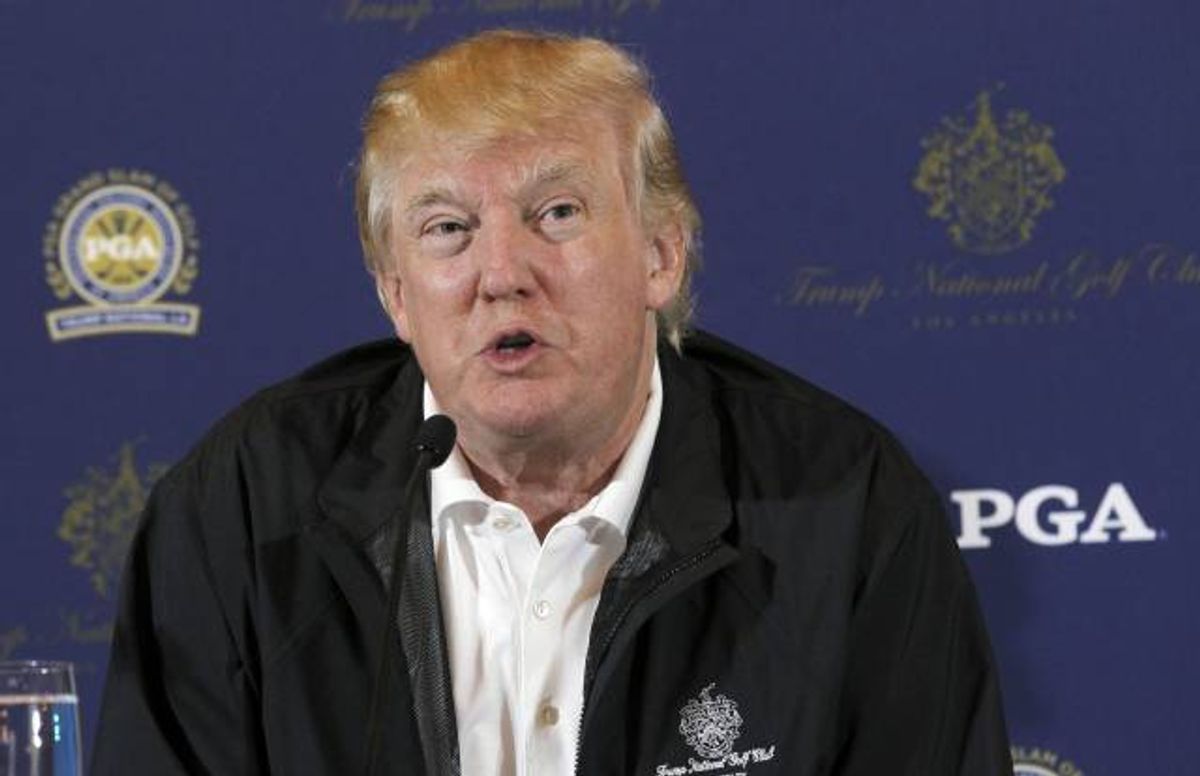 I don’t know whether this is because of design or fate — and the truth is probably somewhere in between — but much of what the news business does in America is entertain. It informs and educates, too, of course. But I’d guess that a clear majority of the “content” the media produces is not intended to transmit knowledge to readers. It’s more about providing them with a (hopefully enjoyable) distraction from whatever it is they’re trying to avoid in the first place.

If you’re going to keep readers distracted, though, you’re going to need to offer them variety. Life is often monotonous and boring enough already; no one wants to read the same story day after day after day. So along with conflict, the media offers readers change. You may be painfully attuned to the rhythm of your Monday-to-Friday, in other words, but at least you know the news tomorrow will be different.

The reason I bring all of this up is the 2016 presidential campaign, which is currently going through an especially frivolous and postmodern chapter, largely because it’s being dominated for the time being by Donald Trump. “The Donald,” as some in the media annoyingly call him (myself included), is experiencing something of a “spike” in his poll numbers right now. Back in May, according to the Washington Post, only 23 percent of Republicans looked on him favorably. But then he depicted Mexican immigrants as criminals and rapists; and now that approval figure is at 57 percent.

Like many other politics geeks, I do not think Trump will be able to sustain this momentum. But although he’s been famous since the ‘80s, the bizarro Joe-Arpaio-meets-Huey-Long persona he’s using now is different. It’s new. And it touches on two of the Republican base’s most visceral sentiments. Hatred for the “liberal” media on the one hand; and anxiety over race and immigration on the other. The whole spectacle is ridiculous, but even the most self-serious among us have to admit that it’s also entertaining.

The problem, however, is that our yearning for distraction can sometimes blind us. And it can lead us to claim that something new is happening — the beginnings of a Trump-led third party, perhaps — when it isn’t. If you take a step back and put the GOP primary into context, it’s hard to argue that 2016 is thus far appreciably different from 2012 or 2008. Those races also featured an establishment-backed frontrunner who was criticized for his stance on immigration. And they also saw at least one moment when a fringe-y, anti-immigrant candidate outperformed expectations.

In 2008, the frontrunner was Sen. John McCain, and the xenophobic gadfly was then-Rep. Tom Tancredo. Immigration wasn’t the dominant issue then that it is currently, so Tancredo never sniffed poll numbers like Trump’s. But McCain’s moderate stance on reform was still conservatives’ chief mark against him. And to win the nomination, the longtime Arizona senator had to bend in their direction. The same was doubly true in 2012 for Mitt Romney, who coopted the xenophobes with talk of “self-deportation.” It killed him against Obama, but it’s hard to imagine him being the nominee without it.

The Trump boomlet, then, seems to be part of some pre-written script that the GOP’s been reading from throughout the Obama era. But that’s not only because time, much like this references, is a flat circle; it’s also because things have changed much less since 2008 than we like to admit. It hasn’t even been eight years. I know that life comes at you fast and so forth, but it doesn’t move that quickly. There’s no reason to expect that the big picture fundamentals of American politics would vanish in less than a decade.

And what are those fundamentals, you ask? Well, you probably know them already, because, again, they haven’t really changed. Whether the beneficiary is Trump or Romney or whoever’s next in line, the dynamic is as follows: The Republican Party’s coalition is old, angry, and very, very white. It looks on a country in the midst of a demographic sea change — and at a president unlike any before him — and it starts to worry. It tells itself that moochers are sneaking in to the country and pushing for amnesty; and that their ultimate goal is massive redistribution.

That’s the logic that motivates the base of the Republican Party. And until enough of the people with this mindset are no longer voting, it’s not going to stop. Donald Trump is fun for now because he seems so new and different. But we’ve seen this show already, and it will soon lose its powers of distraction. Nothing is new here; nothing has changed.