9 of the religious right's most laughable attempts to be cool 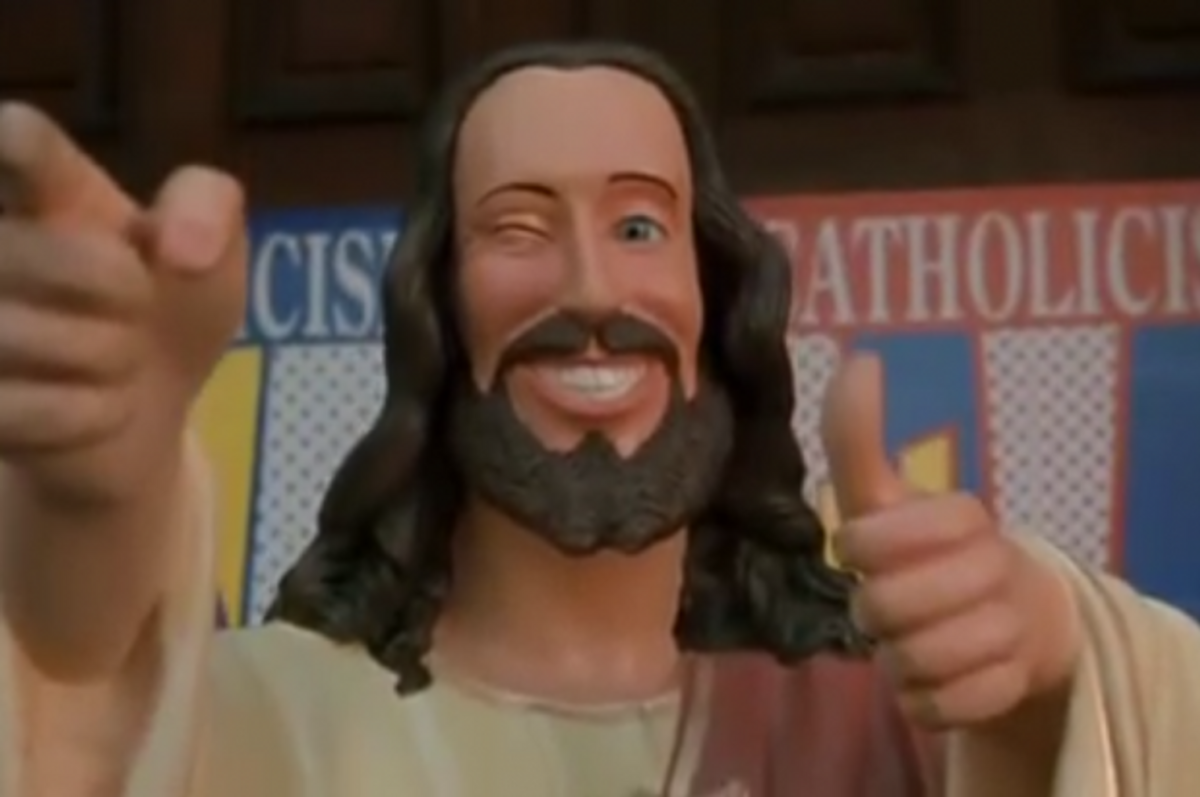 It’s evident that social conservatives have a serious  demographics problem. If they are realistic, they realize that appealing primarily to white rural Christian fundamentalist males over 55 has its limitations. As a result, some of them have been making an attempt at youth outreach. But when social conservatives try to flaunt their hipster credentials and demonstrate that they aren’t as old, as white, as male, as uptight and sexually repressed as you think, the results can be embarrassing or awkward. And in many cases, their message is still one of repression.

Below are nine examples of attempts to use “hipster” imagery to sell a socially conservative or Republican message.

1. Chicks on the Right

Miriam Weaver, aka Mockarena, and Amy Jo Clark, aka Daisy, the Indiana-based Republicans who publish the  Chicks on the Right website, acknowledge that the Republican Party has an image problem in the United States. They assert that they started their blog because “conservatism needs a big-time makeover” and they are tired of conservatives being stereotyped as “stodgy old white guys.” Just to show you how hip they are, Daisy and Mockarena (who host a political talk show on WIBC-FM in Indianapolis) declare that they prefer skinny jeans, miniskirts and stiletto heels over a more buttoned-up conservatism. But once readers get past the fun imagery, Chicks on the Right is full of the usual Christian right clichés one hears nonstop on AM talk radio: caring about the poor is “socialism,” the ACLU is anti-religion and anti-family, Sarah Palin is a “true patriot,” health insurance should not cover female contraception, etc. Chicks on the Right is an obvious attempt to lure young women over to the Republican Party, but Daisy and Mockarena certainly aren’t trying to accomplish that with a lot of original ideas.

As backward and retrograde as they are, Christian right websites that favor a hipster look can be good for comic relief. 1Flesh.org would be funny if the site weren’t promoting a blatantly irresponsible message. Full of MTV-ish graphics, the site describes 1Flesh as “a grassroots movement dedicated to bringing great sex to the entire universe through the power of organic family planning.” But it's actually a far-right Christian fundamentalist site that encourages unprotected sex and urges young couples to avoid using “unnatural” contraception methods such as  condoms and birth control pills (thus increasing the risk of unplanned pregnancies). The phrase “personal responsibility” is often used on the right, but when it comes to encouraging responsible sexual behavior, 1Flesh fails miserably.

Filmmaker/videographer Jason "Molotov" Mitchell and his wife Patricia, aka DJ Dolce, are big on youth outreach and alternative rock imagery. Molotov has tattoos, DJ Dolce has a nose stud, and Molotov heads an independent film/video company called Illuminati Pictures. But when it comes to religion and politics, no one will mistake them for ex-members of Rage Against the Machine any time soon. Molotov and Dolce are far-right Christian fundamentalists and Tea Party admirers who openly support the draconian Uganda Anti-Homosexuality Bill, which previously proposed the death penalty for homosexual acts (the most recent version of the bill called for life in prison instead of execution). Molotov is on friendly terms with one of the bill’s most vocal supporters: Ugandan anti-gay crusader  Martin Ssempa, whom Molotov has described as a “great guy.” Molotov is also a vocal birther, promoting the ludicrous notion that President Obama isn’t really a U.S. citizen.

Fed up with what they consider the “cultural coastal elites of Hollywood and Manhattan,” some modern-day Republicans insist that liberals and progressives don’t have the market cornered on either fun or intellect. One of the sites that likes to think of itself as having a hip, humorous, intellectual bent is the Cool Conservative, which describes itself as an “opinion and intelligence depot for the savvy, witty and well-informed” and asserts, “It is the movement of the left and the establishment media that have decided that liberals are cool and that conservatives are nerdy and stodgy. ENOUGH OF THAT!” But for a site that prides itself on intellect, the Cool Conservative says a lot of ludicrous things — for example, Obama is anti-military (never mind the fact that he ordered 17,000 more troops deployed in Afghanistan in 2009), the Affordable Care Act is socialized medicine (never mind the fact that it was greatly influenced by private insurance companies and the Republican ideas of the Heritage Foundation and Mitt Romney) and Obama promotes illegal immigration (never mind the fact that deportations reached an  all-time high under his administration). If one equates “coolness” with blatant disregard for facts, the Cool Conservative is the essence of cool.

6. You Can Run International

The far-right television evangelists who rallied Republican “values voters” back in the 1980s — James Robison, Jimmy Swaggart, Pat Robertson, the late Jerry Falwell, among others — had no kind words for rock music, which they considered music of the devil. To them, Christian rock was a contradiction in terms. But Bradlee Dean, founder of Christian rap-metal/alternative metal band Junkyard Prophet and the Minnesota-based youth outreach ministry  You Can Run But You Cannot Hide International (YCRBYCHI), doesn’t see it that way. His website youcanruninternational.com has an in-your-face, alt-rock look you won’t find at the more staid PatRobertson.com. However, the  bitterly anti-gay Dean (who has strong ties to Minnesota Rep. Michele Bachmann) is preaching very much the same far-right fundamentalist message Falwell and Swaggart were preaching 30 years ago — although Falwell probably wouldn’t have liked Dean’s tattoos.

Pastor Mark Driscoll, founder of the  Mars Hill megachurch in Seattle, has made a point of distancing himself from the old television evangelist style of the 1980s. Driscoll wears jeans and biker boots rather than business suits and power ties in the pulpit, embraces the use of rock music in a church setting, sometimes uses profanity, and believes in using technology and social media as part of a Generation X and Generation Y outreach. But one need only spend some time at MarsHill.com to realize that Driscoll — despite his taste for alternative rock and casual attire — is every bit as fundamentalist and far-right as Swaggart or Robertson. Driscoll maintains a  neo-Calvinist approach, preaching angrily against gays, feminists and any Christians he considers insufficiently fundamentalist.

Despite the fact that bikinis have been around since 1946, and became common on American beaches in the 1960s, actress/fashion designer Jessica Rey equates bikinis with a lack of modesty. She has been promoting her 1950s-influenced Rey Swimwear line since 2008. Citing the late Audrey Hepburn as an inspiration, Rey’s site poses the question:  “Who says it has to be itsy bitsy?” (a reference to Brian Hyland’s 1960 hit “Itsy Bitsy Teeny Weeny Yellow Polka Dot Bikini”). There’s nothing wrong with Rey making money selling one-piece swimsuits or offering them as an option for women, and the fact that the suits are manufactured in California instead of a sweatshop in Bangladesh deserves huge applause. But the key word is “option”: Rey’s campaign against bikinis comes across as judgmental, giving the impression she is trying to shame women into not wearing them. If Rey thinks bikinis are too revealing, one can only imagine what she thinks of the nude and topless sunbathing that is perfectly legal on the beaches in Barcelona.