"Obama's been playing footsie with ISIS, this happens" 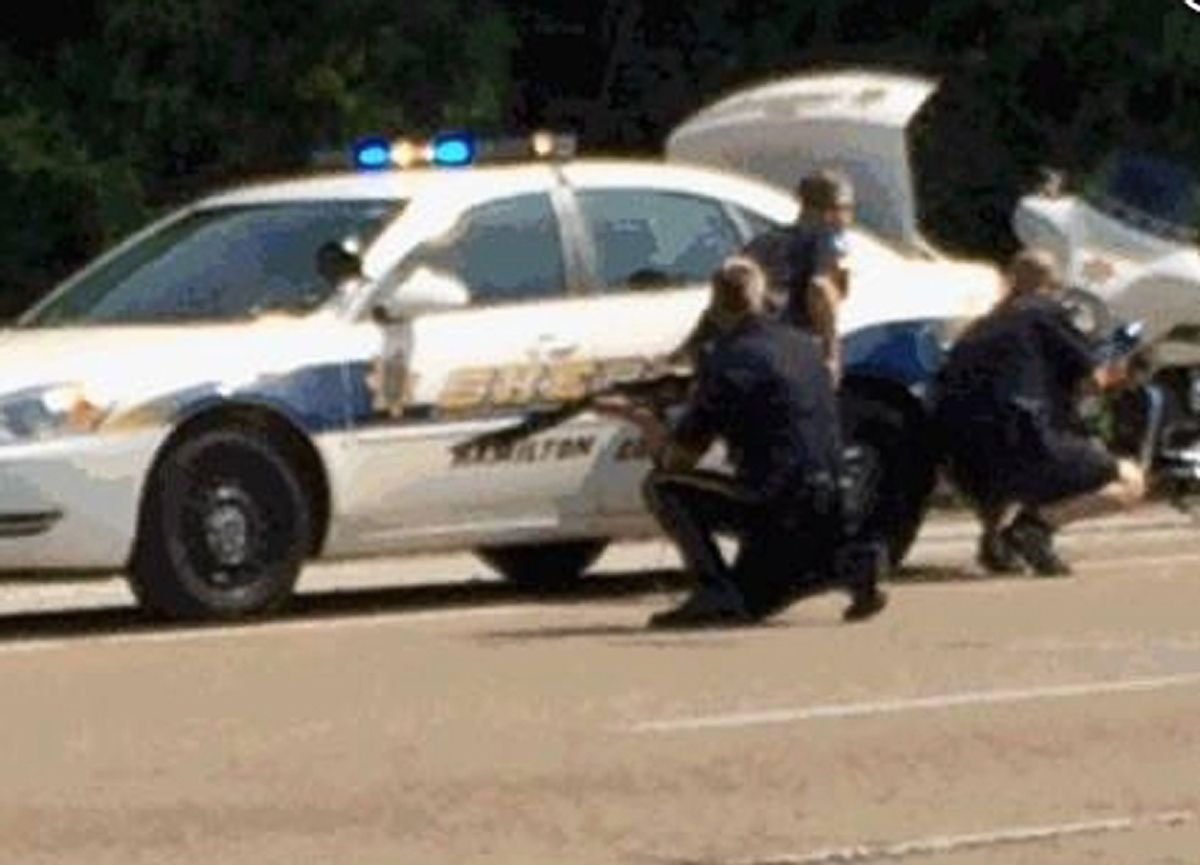 In this image made from video and released by WRCB-TV, authorities work an active shooting scene on amincola highway near the Naval Reserve Center, in Chattanooga, Tenn. on Thursday, July 16, 2015. Chattanooga Mayor Andy Berke says police are pursuing an active shooter after reports of a shooting at the military reserve center. (WRCB-TV via AP) MANDATORY CREDIT (AP)
--

In what has yet to be declared a criminal act or an act of terrorism, a lone gunman opened fire at two military facilities in Chattanooga, Tennessee on Thursday, killing four Marines and injuring one police officer. The gunman, who has been identified as 24-year-old Muhammad Youssef Abdulazeez, also died. Federal law enforcement officials believe Abdulazeez was born in Kuwait -- and so, naturally, right-wing commentators have already begun spewing vitriol online. Here's what they're saying:

I can't wait for wall to wall coverage on the flag that motivated the #Chattanooga killer to murder four people. What flag COULD it be?

Obviously, we need to ban the Kuwaiti flag.

Oh, man, that Sarah Palin is in trouble now. I think she put a target icon over Tennessee on a map once. #Chattanooga

We've been saying it forever; hit them HARD over there, or they'll hit us here. Obama's been playing footsie with ISIS, this happens.

The White House is probably in full spin mode trying their best to make this terrorist act about the gun&not the Muslim killer. #Chattanooga