Bad news for polar bears: Why the endangered species may not be able to adapt to a warming Arctic, after all

As sea ice disappears, a theory for how the bears could avoid starvation is debunked 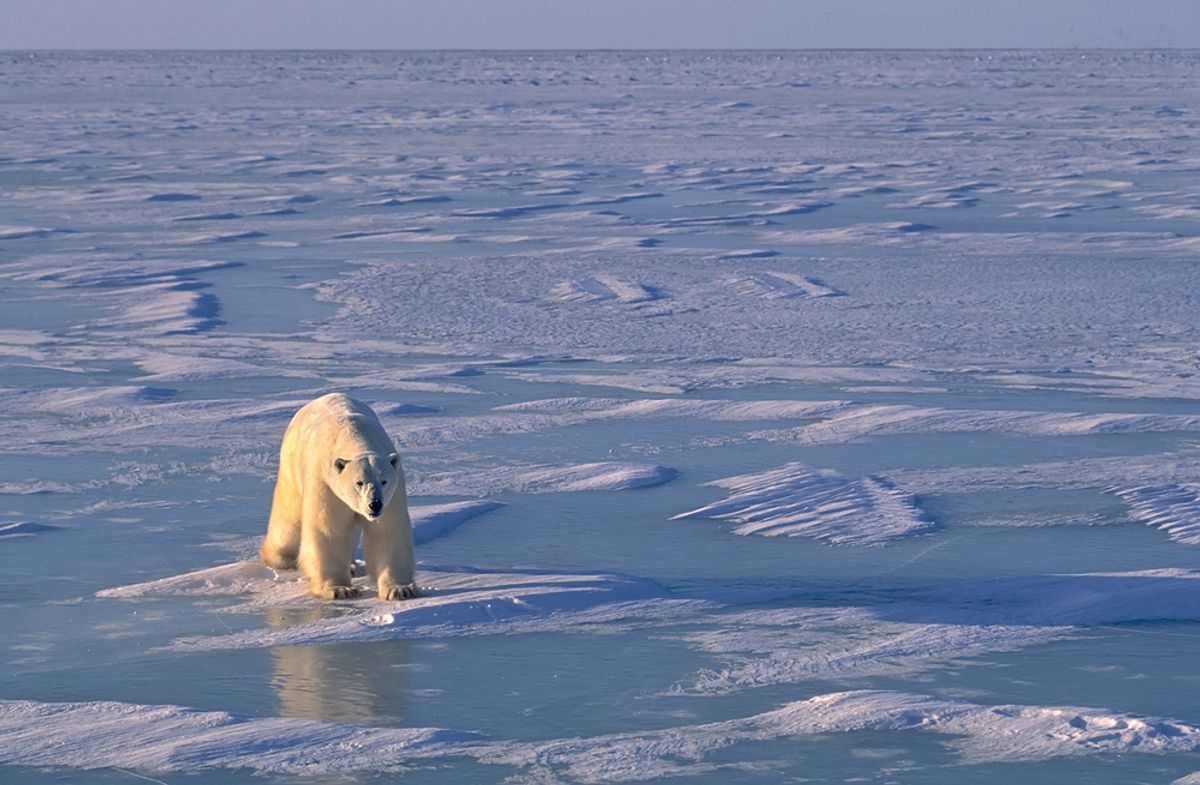 Polar bears are in an incredibly precarious position. Their Arctic habitat is warming at twice the rate of lower latitudes, and the sea ice onto which they venture, during the winter, to hunt for seals is disappearing before our eyes.

But nature is resilient, and the hope, harbored by some, was that the polar bears could sleep away the problem: that as they're forced to spend increasing long summers on land, where food is scare, they enter a state of "walking hibernation." Researchers have proposed that this special power would allow the bears to save energy, and thus avoid starvation, while they wait for their hunting ground to freeze back over.

Unfortunately, a new study concludes, polar bears possess no such ability after all.

A team of researchers, led by University of Wyoming polar bear economist John Whiteman, tagged a small population of polar bears living in the vicinity of the Beaufort Sea and tracked their activity and body temperatures during an Arctic summer. They learned a lot -- because it's so hard to obtain, Whiteman told the New York Times, data on polar bear physiology never before existed. But one insight stood out: the bears' body temperatures sort of dropped during the summer, but not nearly enough to put them in a state in which they would require less food. The theory that they have some sort of secret resistance to starvation has been effectively debunked.

That's not to say polar bears aren't fighters. At the Washington Post, Chelsea Harvey highlights one of the more encouraging finds from the study:

It’s worth noting that while polar bears didn’t show any signs of walking hibernation, the study did produce evidence for another kind of special adaptation that may help bears survive under stressful conditions. The collected data suggest that when bears swim in the cold Arctic water for extended periods of time — longer than a few minutes, according to Ben-David — they can cool down the outer parts of their body cores so that less body heat is lost to the frigid water.

“This is an exciting new finding and something we didn’t know about the bears,” Whiteman says. And it may be increasingly useful in the future when retreating sea ice forces bears to swim for longer periods of time to get between the ice and the shore. But it’s not to say they can swim forever, either. One of the bears the team was tracking swam for nine days and amazingly survived the journey, but she’d lost nearly a quarter of her body mass by the time she came out of the water.

Even superpowers, that is to say, are only effective to a point: even if the bears did have the ability to withstand lengthening summers for some time, we'll eventually reach the point where there's no sea ice year-round, and they'll be out of options. And if the polar bears go down, many others won't be far behind.

“The take home message corroborates past findings,” study co-author Steven C. Amstrup, the chief scientist at Polar Bears International, said in a statement. “There is a limit to how long polar bears can persist as sea ice continues to decline. They have no special metabolic ability to prolong that time frame, and if we want polar bears in our future, we need to stop sea ice decline.”