Caitlyn Jenner accepts Courage Award at the EPSYS: "It's about what happens from here" 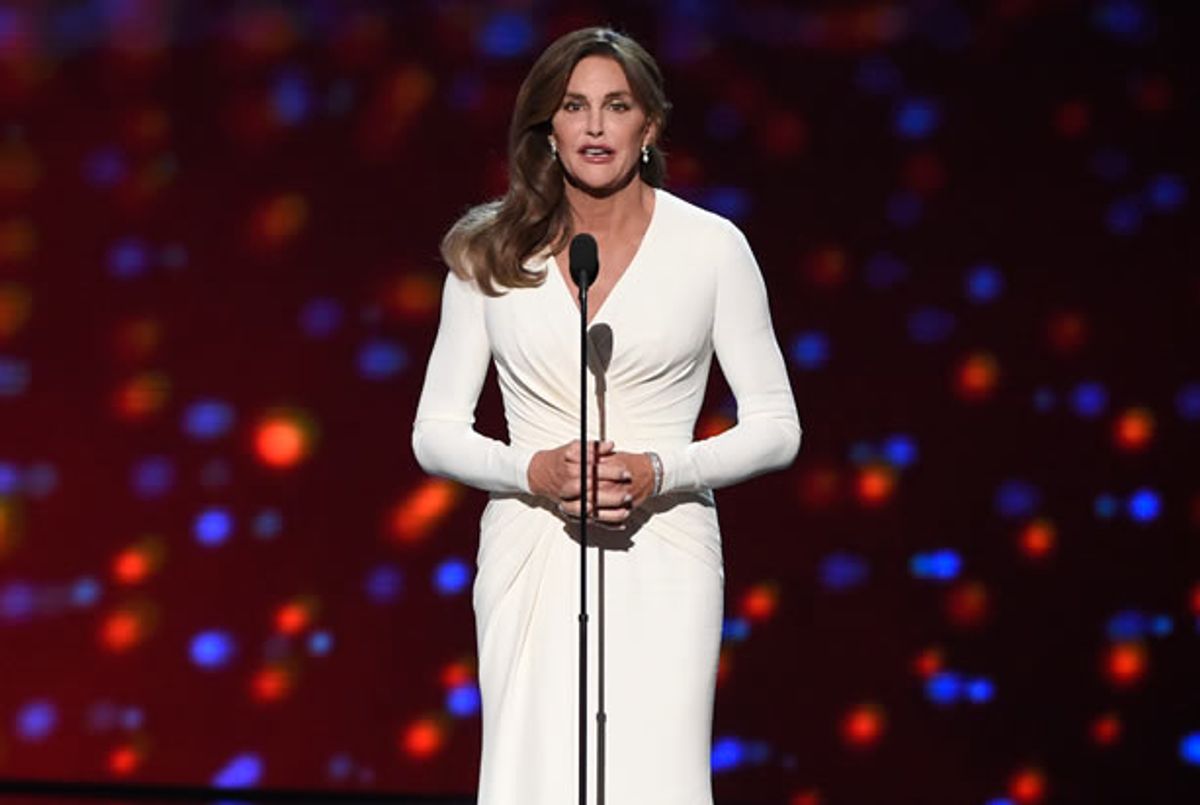 Soccer player Abby Wambach, of the United States women's national soccer team, left, looks on as Caitlyn Jenner accepts the Arthur Ashe award for courage at the ESPY Awards at the Microsoft Theater on Wednesday, July 15, 2015, in Los Angeles. (Photo by Chris Pizzello/Invision/AP)
--

An emotional Caitlyn Jenner gave a powerful performance as she accepted the Arthur Ashe Courage Award at the ESPYS Wednesday night.

After a few jokes about how difficult it is to attend an award show as a woman -- she asked "the fashion police" to "be kind to me, I'm new at this" -- Jenner said that until a few months ago, she had never met another trans person.

"Just last month," Jenner continued, "the body of 17-year-old Mercedes Williamson, a transgender woman of color, was found in a field in Mississippi stabbed to death. I also want to tell you about Sam Taub, a 15-year-old from Bloomfield, Michigan. In early April, Sam took his own life."

She said that "Sam's death haunts me because it occurred just a few days before my interview with Diane Sawyer," because she believes that it could "have been different if we spotlight these issues with the right attention."

"If there's one thing I know about my life, it's about the power of the spotlight," Jenner said. "What you say, what you do, is absorbed by millions of young people."

"If you want to call me names, make jokes and doubt my intentions, go ahead, because the reality is I can take it," she said. "But for thousands of kids out there coming to terms with the reality of who they are, they shouldn't have to take it."

"I know people in this room have respect for hard work, for training, for going through something difficult to achieve, something you desire,” she explained. “I trained hard. I competed hard. And for that people respected me. But this transition has been harder on me than anything I could imagine. And that’s the case for so many others besides me."

"For that reason alone trans people deserve something vital -- they deserve your respect. From that respect comes a more compassionate community. My plea for you tonight is this," Jenner concluded, "join me in making this one of your issues as well."

Watch her entire speech below via the ESPYS.