Chris Hayes wonders: What made Bill Clinton apologize for his crime bill? 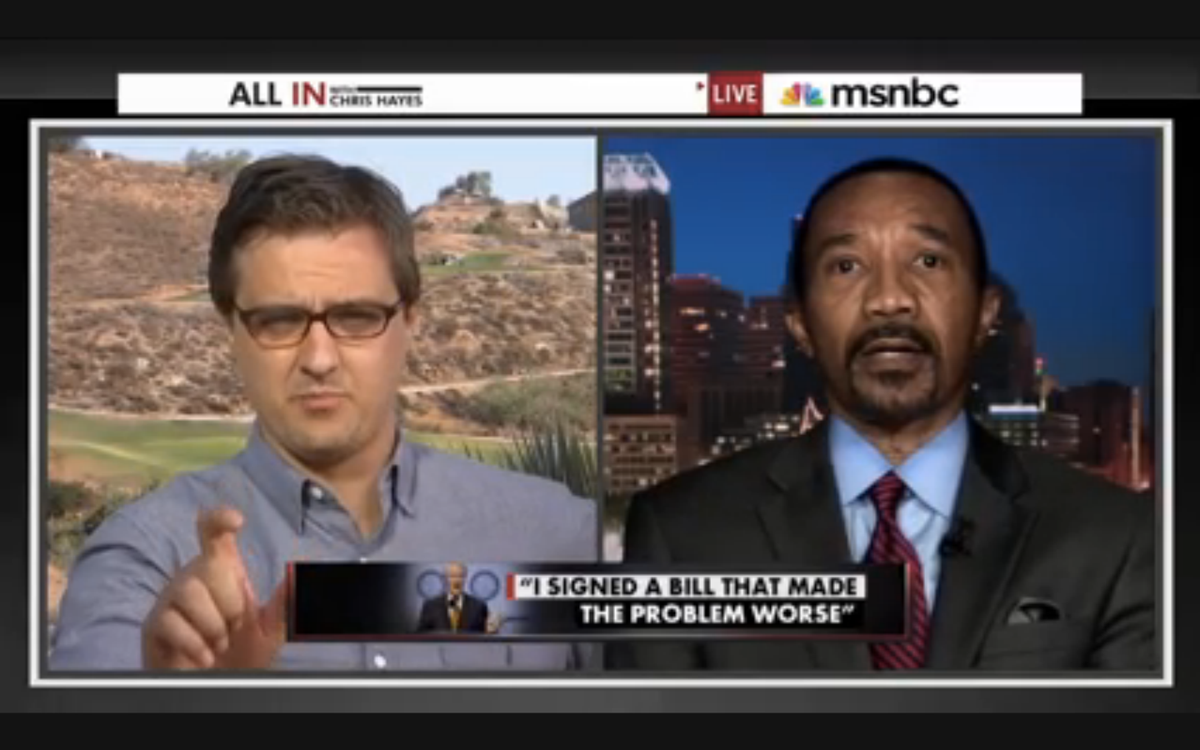 Chris Hayes on Wednesday asked the obvious question plenty of people still want answered: What, exactly, made President Bill Clinton apologize for signing a crime bill that he now declares "made the problem worse"? (Could it be, perhaps, that the bill made the problem worse?)

Hayes spoke with former Maryland Democratic representative Kweisi Mfume, who voted for the 1994 crime bill, who agreed that Clinton's comments might simply be the result of hindsight always being 20/20.

"The president, in hindsight, makes a welcome sort of statement," Mfume said. "I think all of us have evolved over time to recognize that you can't bill your way out of crime, you can't incarcerate yourself out of it. It is long-term, and systemic issues have to be addressed."

Watch Hayes chat with Mfume below: