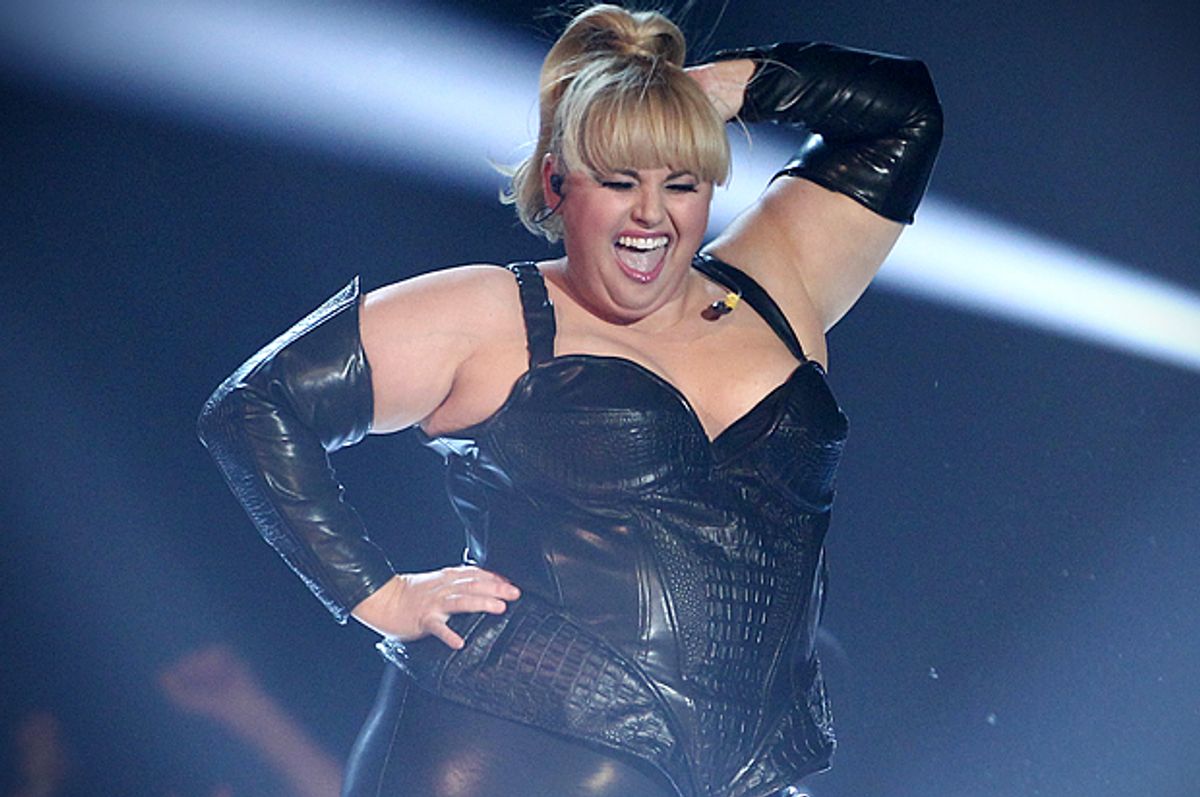 When not inundating us with our daily requirements of photos of airplane wings and feet, Instagram likes to regularly remind us that it remains utterly baffled about so much when it comes to women. Its latest shining example of cluelessness? Banning the word "curvy." Are you kidding?

Maybe this move shouldn't come as a shock from the social media platform that earlier this year briefly disabled the account of Australian magazine Sticks and Stones over a photo of two women in bathing suits — and bikini areas that had been clearly left in their natural state. Two years ago, Instagram had a similar response when Toronto artist Petra Collins posted a photograph shared a photo of her body from the waist down, clad in underpants and with hairs peeking out. She too faced similar brief expulsion. This spring, Instagram found itself flummoxed again when poet Rupi Kaur posted a photo of herself with a telltale bloodstain on her pants and bedding. It was soon removed because "It doesn’t follow our community guidelines," despite Instagram's wealth of masculine, blood-riddled accident images.

And of course, it's famously been opposed to female nipples — a double standard that heavyweights like Miley Cyrus, Chelsea Handler and Rihanna have all fiercely opposed. Last month Chrissy Teigen voiced her amusement when Instagram removed a shirtless photo of her from a W magazine shoot by warning, "The nipple has been temporarily silenced but she will be back, oh yes, she will be back." On the progress side, just earlier this year did Instagram clarify that it's okay with women posting images of themselves breastfeeding and post-mastectomy.

Now, Instagram has once again revealed its confusion over women being, well, women, by blocking the seemingly innocuous hashtag "curvy." As Mashable's Lindsey Robertson observed Thursday, "When users attempt to search for the term, they are greeted with a host of alternative suggestions, such as 'curvyfashion' and 'curvywomen.' When asked about the hashtag, a spokesperson for Instagram confirmed in an email that #Curvy has been blocked for violating community guidelines. 'I can confirm that we did block the hashtag #curvy. It was being used to share content that violates our guidelines around nudity. Please note that the block has nothing to do with the term 'curvy' itself.'"

Users, meanwhile, have been quick to game the system by posting pics with the hashtag #curvee in protest. And this is a great moment to check out #effyourbeautystandards, the gloriously body positive hashtag first launched by the stunning plus-sized model Tess Holliday. Also worth it to read her recent Instagram post in which she explains, "I'm not here to turn you on, but if I piss you off that's an added bonus."

Speaking to HuffPo UK this week, artist Sam Roddick — who had her Instagram deleted for posting an image of a cornice that resembled a vagina — said, "They are showing that as a company their philosophy is emotionally and intellectually unhealthy and psychologically damaging towards women. They have banned images of breast feeding, stretch marks, domestic images of menstruation and classical art works that respectfully portray nude women and now they ban the hashtag #curvy. While they allow bitch, fat slag, hookers, thin - this is not a safe platform for women and especially young girls (as we all know Instagram is populated with nude images of young women effectively selling themselves sexually)."

Of course, women of different shapes and sizes can still post images of themselves on Instagram. But the cooling effect of Instagram's clumsy troubleshooting of their images is disheartening. It doesn't exactly shout out that yes, this is a place that understands women when it routinely shuts down images of body parts that it gives a full pass to when men post them, or when it declares that female-centric words like "curvy" aren't welcome. Suit yourself, Instagram. Just remember that the Internet is as big and beautiful as the women who populate it, and there are plenty of other places their bodies aren't so ignorantly policed.