There's a very big problem with this year's Emmy nominations

The "more of the same" mentality is killing the ceremony 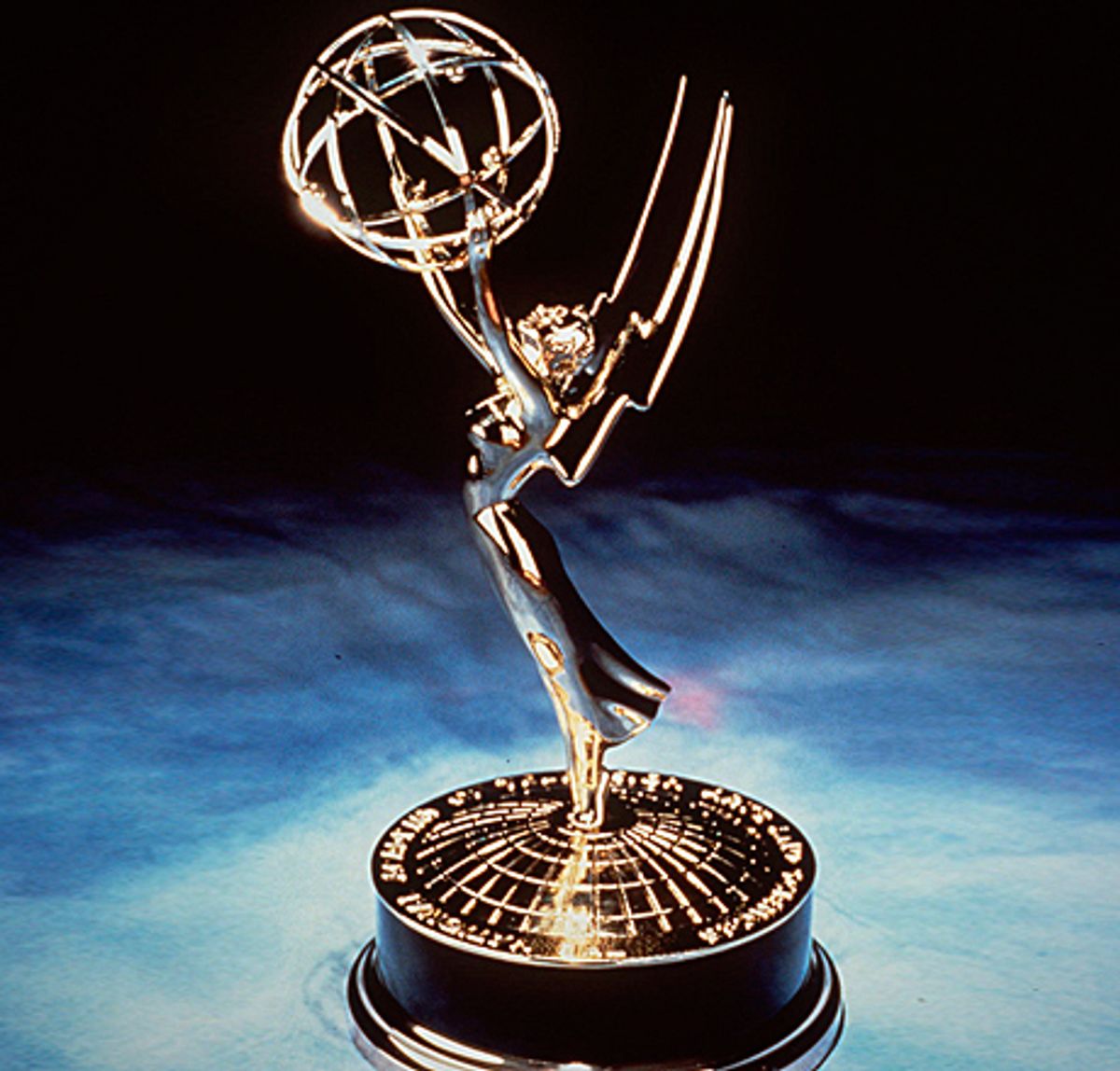 This article originally appeared on The Daily Dot

Following Gold Derby over the past couple weeks has been grueling—to say the least. For any devoted awards watcher, the website is ground zero for Emmy news, and on the site’s prediction boards, where pundits weigh in on the actors and shows they think will be nominated, old faces have dominated. Repeat winners—like Jim Parsons and Maggie Smith—seemed destined to get bids, setting them up for yet another victory. Julianna Margulies has already taken home two trophies for The Good Wife—to sit on the mantle alongside her gold statue for ER. Viola Davis seems destined to dominate the year, so does Marguiles really need to go to the ball again?

At a time in which the streaming revolution is changing the way we watch television—on Netflix and Amazon, on our laptops and phones—the Emmys have been slow to change, and these predictions reflect the “more of the same” mentality that too often ruins the ceremony.

However, the Emmys took a momentous leap forward on Thursday by snubbing its inevitables in favor of fresh picks. After years of fan outcry, Orphan Black’s Tatiana Maslany finally got nominated, and current “It Girl” Amy Schumer landed a nomination for Inside Amy Schumer, the Comedy Central show that’s become a breakout viral hit. And in the wake of Caitlyn Jenner’s ESPY Awards speech, Amazon’s Transparent landed bids for Best Comedy, Best Actor in a Comedy (Jeffrey Tambor), and Best Supporting Actress in a Comedy (Gaby Hoffman).

More from the Daily Dot: Morgan Freeman pushes for full legalization of marijuana

There’s an absurd amount to love from this year’s nomination pool—between nominations for The Comeback’s Lisa Kudrow and the amazing number of black actors who got mentions (14 in total)—but there’s one giant elephant in the room:Modern Family.

ABC’s marquee comedy hit has been an absolute Emmy juggernaut since it debuted in 2009, winning 21 awards while being nominated for 67 in total. This makes it one of the most recognized comedies in history, and the show has won the Best Comedy trophy a record-tying—and exhausting—five years in a row.

Transparent—the best-reviewed comedy of the year—deserves to win this year’s award, but the odds will be hugely stacked against it. At the time of this writing, Gold Derby experts are predicting that Modern Family will take yet another victory lap—because that’s the way the Emmys work. The ceremony tends to reward repeat winners (Julia Louis-Dreyfus looks like a shoo-in for her fourth trophy in the category), and it needs to stop. It’s time for the Emmys to finally take a stand and let someone else’s name be called in the Best Comedy race this year.

It’s genuinely strange that becoming an Emmy punchline was Modern Family’s destiny. When the show hit airwaves six years ago, the family sitcom from Steven Levitan and Christopher Lloyd (no, not the guy from The Pagemaster) was the freshest broadcast show in ages. Featuring three couples of a variety of generations, ethnic backgrounds, and sexual orientations, it offered a groundbreaking (for primetime TV, anyway) look at family dynamics in a changing America. Mitchell, Cam, and Lily became the most famous same-sex household in broadcast history, whileSofia Vergara turned into a major star.

The show’s success likely has helped open the door for other comedies that showcase families that don’t look like the Seavers or the Cleavers—like Fresh Off the Boat, Black-ish, and Transparent—but ironically, that very progress has leftModern Family behind. As Daniel D’Addario pointed out in an editorial for Salon, the show looks increasingly out-of-touch in today’s America, as the show appears to take place in “a class-blind fantasy world”:

While many families deal with the ongoing effects of the 2008 economic downturn, the Pritchetts take lavish vacations to Hawaii and enjoy the comfortable spoils of an affluent California lifestyle, complete with expensive Apple products. (This season, one episode even took place entirely on Claire’s laptop.) This embrace of upper-middle-class conformity is painfully ironic for a the show has gradually become like the tired family comedies its mockumentary format was intended to satirize.

In 2012, Salon’s Willa Paskin noted that as the show runs out of new things to say,Modern Family has largely devolved into formula and caricature. “As Modern Family has gotten older, its characters, and their dynamics, have settled into grooves, some more discordant than others,” she writes.

The most complete character assassination has been to Gloria, Jay’s younger wife and Manny’s mother. Sofia Vergara, who plays Gloria, has a Spanish accent thicker than the Earth’s crust and a, uh, mountain range to match. … Playing a fiery Latina, her arcs regularly revolve around predictable “fiery Latina” jokes: her pronunciation, the violence of her native Colombia, her looks. She insists on prancing around in ridiculously tall shoes! She is hot-headed and stubborn! She can’t pronounce “Luke!” She shrieks! She really shrieks!

Thus, while the show might feel progressive in some ways, next to Orange Is the New Black, it might as well be Home Improvement.

Like Modern Family, Netflix’s breakout dramedy deals with issues of sexual orientation and race, but it also features the first major transgender character on TV, while being one of the most diverse shows in history. Critics like Roxane Gay have faulted its treatment of diversity, and the show is not without its own Boricua stereotypes. But rather than using people of color to spice up a white world, creator Jenji Kohan used OITNB’s white lead, Piper Chapman, as a way to tell the stories of those we don’t often see on TV. Piper was the punchline, not its women of color.

But of course, Modern Family beat Orange Is the New Black last year (which has since been moved to the Drama category for the 2015 race), even though critical interest and overall viewership for the ABC show has been declining for years. WhileModern Family’s big win in 2010 was greeted with applause, it’s continued dominance is frustrating, but not all that surprising. The show is just savvy enough to look like a smart choice, but not tooedgy—meaning it won’t scare more conservative members of the Emmy voting body.

More from the Daily Dot: J.K. Rowling revealed the reasons the Dursleys don't like Harry Potter

But Modern Family isn’t just the safe choice, it’s also the lazy one. Considering the vast array of other, more acclaimed options—like Comedy Central’s Broad City or the CW’s Jane the Virgin—it feels like the voters aren’t even paying attention. In an Emmy roundtable for the L.A. Times, TV critic Melissa Maerz said exactly what the Internet has been wondering for years: “Are voters even watching Modern Family anymore, or is Modern Family just automatically rubber-stamped onto the ballot?”

Modern Family deserves its place in TV and Emmy history, but if the awards want to honor the revolutionary wave of diversity that the show helped generate, we need to stop letting one show hog the spotlight every single year. It doesn’t just make for a bad awards show. It’s a continued affront to everything that makes TV in the Internet era so great.