Pavement's secret history: "Some nights we succeeded, some nights it was shambles" 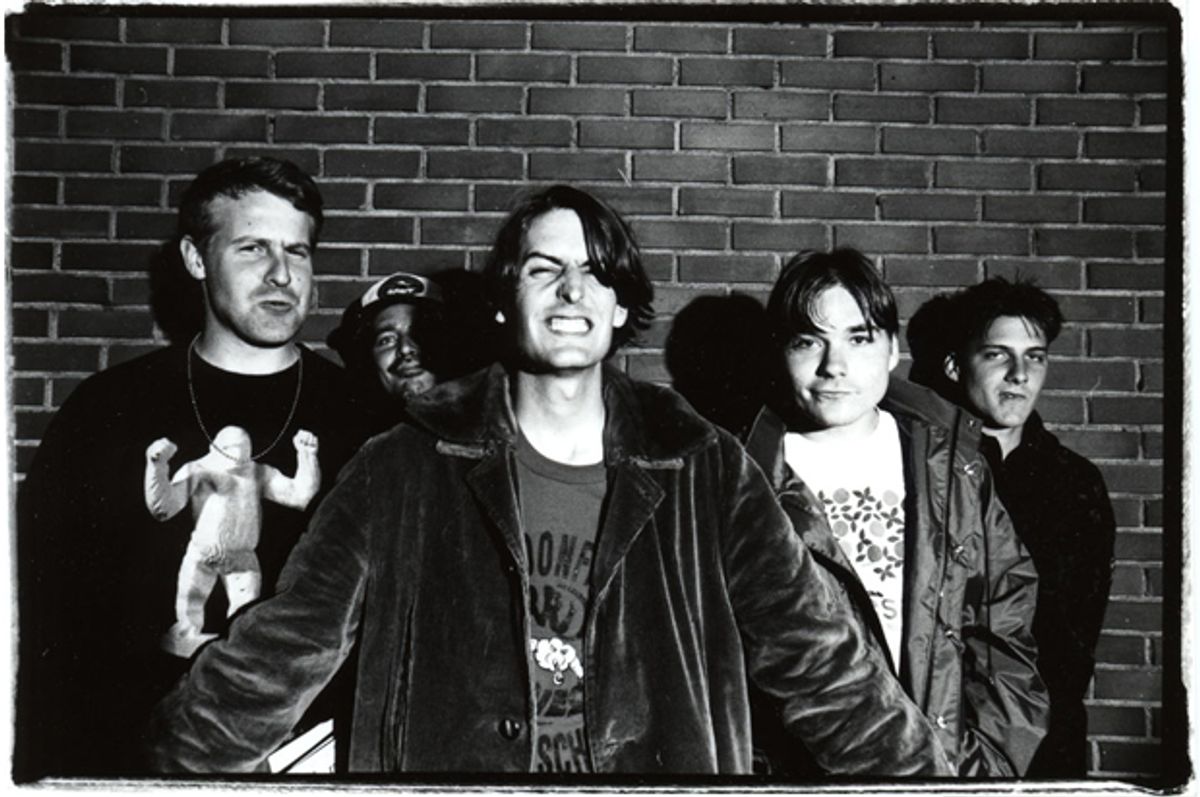 Of all the bands that made the indie-rock 1990s a great decade, Pavement was the most mysterious and -- when they got it right -- the most resonant. Some of the mystery is starting to be revealed: In August, Matador Records is releasing "The Secret History, Vol. 1," which collects non-LP sides with a Peel Session and a 1992 concert at Brixton Academy. All of the material is from the era of the band's debut album, "Slanted and Enchanted," and comes from 1990-'92.

Despite the band's reputation as "slackers," they were enormously productive recording songs and playing live: This set, which appears on vinyl, is the first of five. We spoke to Pavement founder and rhythm guitarist Scott Kannberg -- who now lives in Los Angeles -- about the first of the band's "shadow albums," its 2011 reunion, the earliest, sloppiest days of one of history's greatest rock bands, and possibilities for the future.

Most of this record is your work from the early 1990s, which was a very different period for you than Crooked Rain and your work later on. Can you give us a sense of what you were listening to back then and what the vision of the band was at that earlier stage?

Basically, we weren’t really a band. We had done a few singles, just me and Steven bumming around and making up weird songs based on our influences, on record collecting and working in record shops. We did do a tour with Mark and Bob at the time, and I guess we would have been considered a band. But we came back to Stockton — I was living in Stockton, I think — we came back to Gary’s studio and just decided to make a record. It was Steve and I and Gary, and we just ripped through. We did it in two different recording sessions — or three, really, because we did the "Slanted and Enchanted" stuff and then "Watery Domestic" a little later.

It was pretty normal, he just had a garage studio. We came over during the day. Steve had some songs, I had some songs, and we just put them down really fast. You’d tape back in those days, and Gary would splice the tape, even though he was probably completely drunk [laughs]. I can’t believe he didn’t actually make mistakes. I think we were the only ones making mistakes.

We were just influenced by a lot of great music from the '80s. There were Fall records, and Sonic Youth, and My Bloody Valentine, and Buffalo Tom… the list goes on and on. You can make a case for every song sounding like somebody else, but I think the originality of it came from us, the surroundings we were in and that we did it so fast. We recorded in probably a few days.

The idea of this new set is that you can’t really understand what Pavement was about with just the official records — there’s a secret history, shadow albums, behind. Tell me about that.

It’s the other songs we were recording at the time. Some of them are B-sides, probably could have been on the record or on another record. If we were Guided by Voices or someone we could have put out five records. But we were conscious of the album as a classic piece. You have side one and side two. That’s what you were used to listening to, in one or two sittings. You’re on side one, and you’d have songs, 40 minutes long. That’s what we were thinking of. The B sides, we just recorded them at the time.

I can go back and look at my mixtapes that I would have, when I was trying to sequence those records, and some of those songs that are on "Secret History" could have easily been on those records. We just wanted to have, for the new generation of people buying music now, a chance to buy those in the original format on vinyl. This vinyl, we did release it all on CD like 10 years ago, but it’s all on vinyl again and people seem to like vinyl. So we said, let’s put it out on vinyl and see what happens.

When you go back to vinyl, does it strike you as better or worse than the digital sound?

I just like the process of it. Putting the needle on it, and hearing that strange sound. When I press my computer and hear the song come up, there’s no life to it, really. When I go upstairs and actually turn on my stereo and put down the needle, there’s just something about it. Maybe a kid today who's putting vinyl on — I hope it’s the same experience, but I don’t know. It just seems more permanent.

When you go back and listen to this early Pavement music from the early '90s, does anything surprise you? Is there a song or style that startles you at all?

The sound of it… I used to always look at record covers, and get a feeling for what the sound of the record was. To me, "Slanted and Enchanted" has this red, crazy cover. I always liked that cover. One of my favorite bands was Echo and the Bunnymen, and every record had this different color to it. We always wanted to emulate that. Listening to the stuff now, it brings me back to those days, how easy music seemed.

You have a concert from London on there. Did you guys like playing live? How did it compare to the tour in 2011?

Back then, it was with our old drummer, Gary Young, so it was pretty punk rock. We barely knew how to play our instruments. The songs definitely took on a much different vibe. Let’s say you listen to “Summer Babe” from then, compared to “Summer Babe” from the reunion tour, it’s a lot different. That tour, that live performance was actually from when we were opening for Sonic Youth, trying to out-punk rock Sonic Youth every night. Some nights we succeeded, some nights it was shambles.

There was a suspicion early on that you guys didn’t really like playing live and you didn’t take it that seriously. Was it something you got psyched up for or dreaded?

That was wrong. People made us out to be slackers. We loved playing live, we lived for the road. We toured a lot, did every show that they asked us to. We were pretty young, like 23 or 24, at the time, so we weren’t super young but pretty young, and all we really did was drink. It was fun to play live. That whole thing of us not caring… maybe it just came off because we were so shambolic, and what happened happened. I was just thinking we were kind of like the Replacements, and if the Replacements could play this bad, we could too [laughs].

Had your attitude changed for the reunion tour? It seemed like a different live experience from the audience.

Yeah, I mean we changed in the last few Pavement records, when we became more of a band. It was taken more seriously, we wanted to play better, sound better. We had much more songs to learn. The reunion thing was great, because we hadn’t played together in 10 years.  We all had our other musical things going on, so we still knew how to play, but when we started playing the old Pavement songs, it all came back. It was a pretty special thing between us, we were really surprised that the music sounded so good.

I saw you in Pomona, and then at the Hollywood Bowl, and they were really tight, great shows. Obviously you’d been playing longer, and as you said, it seemed like you were taking it more seriously and really trying to get your songs across.

By that time, we’d played a lot of shows on the reunion tour. If you saw us in the beginning, you probably would have been like, “Oh boy, nothing’s changed.” We left that for New Zealand and Australia [laughs].

You guys lasted through most of the '90s. Do you wish that you guys had another album or two, to let the Pavement idea play out?

I think we could have still been a band today. We probably needed some time off, and we just kept working hard, and that last record just made Steve not like it anymore. It was a weird time in everyone’s life. We needed to take a step back. But Pavement could have easily done some more records, we still might. Who knows? You never know. People always end up doing more music later on. For right now, I guess you have to rule it out.