The state's weird weather is getting even crazier 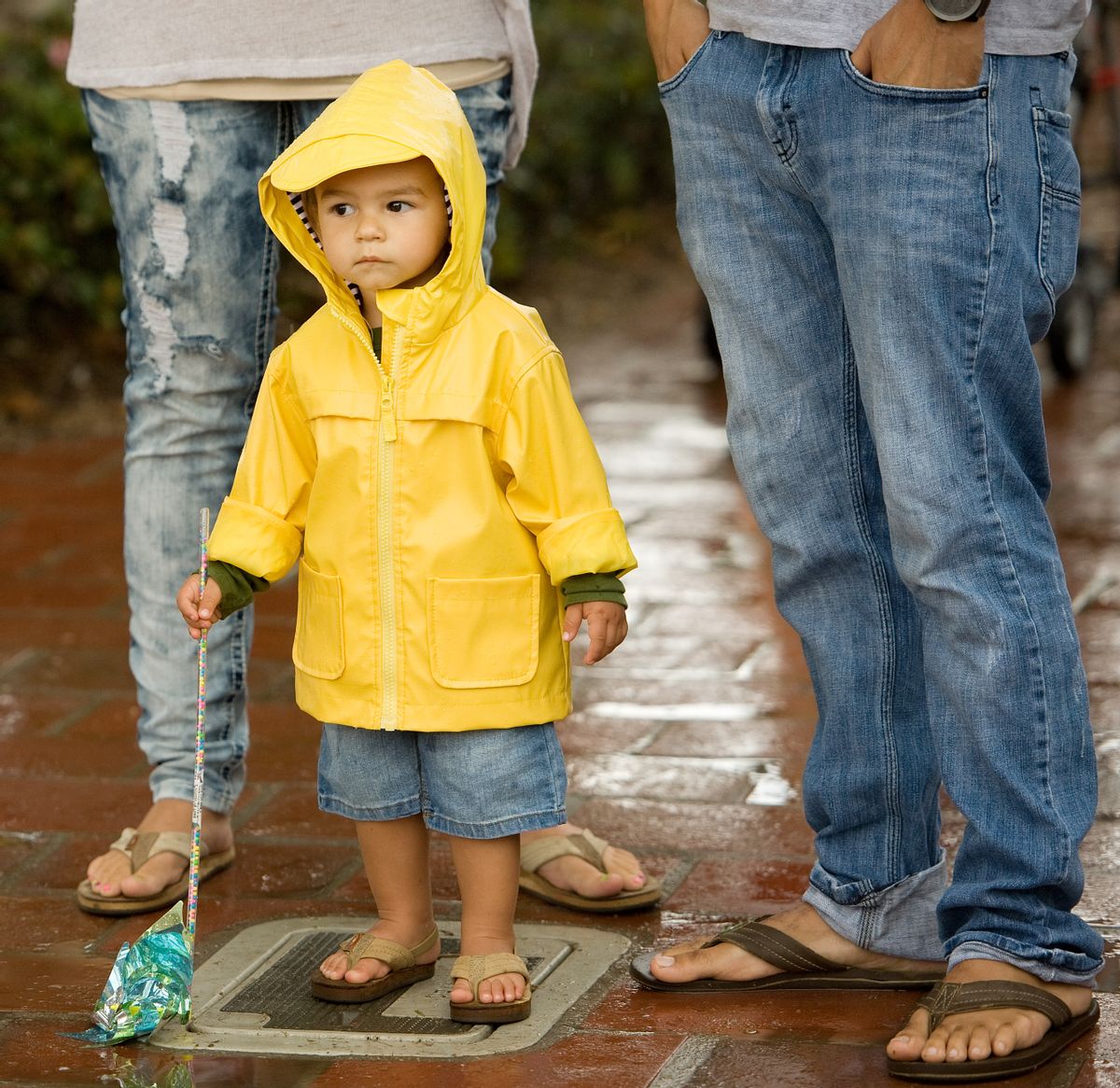 Ezekiel Ekinaka, 1, with his parents Aaron and Juliet, wears a raincoat as he experiences rain for the second time in his life, at the San Clemente, Calif. Ocean Festival before the public was urged to evacuate due to lightning on Saturday, July 18, 2015. (Mindy Schauer/The Orange County Register via AP) (AP)
--

As if the weather in California couldn't get any weirder, July -- typically the driest month of the year for a state already suffering through a historic drought -- is instead bringing record rainfall.

The deluge, "super historic" in the words of one National Weather Service meteorologist, set all-time records for July in Los Angeles, San Diego and a dozen or so other Southern California cities. Downtown LA saw 0.36 inches Saturday, demolishing its former record for the single wettest July day -- 0.25 inches -- that's stood since 1886. San Diego received 1.7 inches in 36 hours -- more than it's seen in the past 101 Julys combined. Even more rain, all of it resulting from what was Hurricane Dolores, is expected through Monday evening.

The rain was heavy enough to close beaches, cause power outages and mudslides and wipe out part of California highway I-10. The Los Angeles Angels had a home game rainout -- the first time that's happened since 1995.

And it came in time to help fight a 3,500 acre wildfire burning northeast of Los Angeles, which leapt onto a freeway Friday afternoon, trapping hundreds. By Sunday morning, thanks in large part to the rainfall, the blaze was 75 percent contained. Any benefits in terms of firefighting aid, however, are tempered by the potential for lightning strikes to cause even more fires.

“If it brings wind and lightning, it could make things more difficult for us,” explained U.S. Forest Service spokeswoman Lyn Sieliet to the Los Angeles Times. “But if it brings light, steady rain, that's going to be the best-case scenario.”

Everything you need to know about just how bad the state's ongoing drought is, however, comes down to this: the rain, while certainly welcome, is hardly going to make a dent in it. In just an 18-month period ending in August 2014 -- about half of the drought -- California lost 63 trillion gallons of groundwater, or enough water to supply everyone in L.A., at current usage rates, for the next 240 years. To replenish a deficit large, as two water experts at the Arid Lands Institute in Burbank, California explained to Gizmodo, it's going to take more than just one storm. The last time the state saw heavy rainfall, last December, it received a total of 10 trillion gallons over 10 days -- and not all of it made it back into the ground.

Since climate change is expected to make dry periods drier and wet periods wetter, they added, there's a chance that when it rains, it will more often pour, eventually making a more serious dent in the drought. But July's rainfall, despite being unprecedented, still pales before the even more historic reality of the drought.