Wesley Clark: "Disloyal Americans" should be tossed in internment camps for the "duration" of the war on terror

"If someone supported Nazi Germany in WWII, we didn't call that 'freedom of speech,' we put them in a camp" 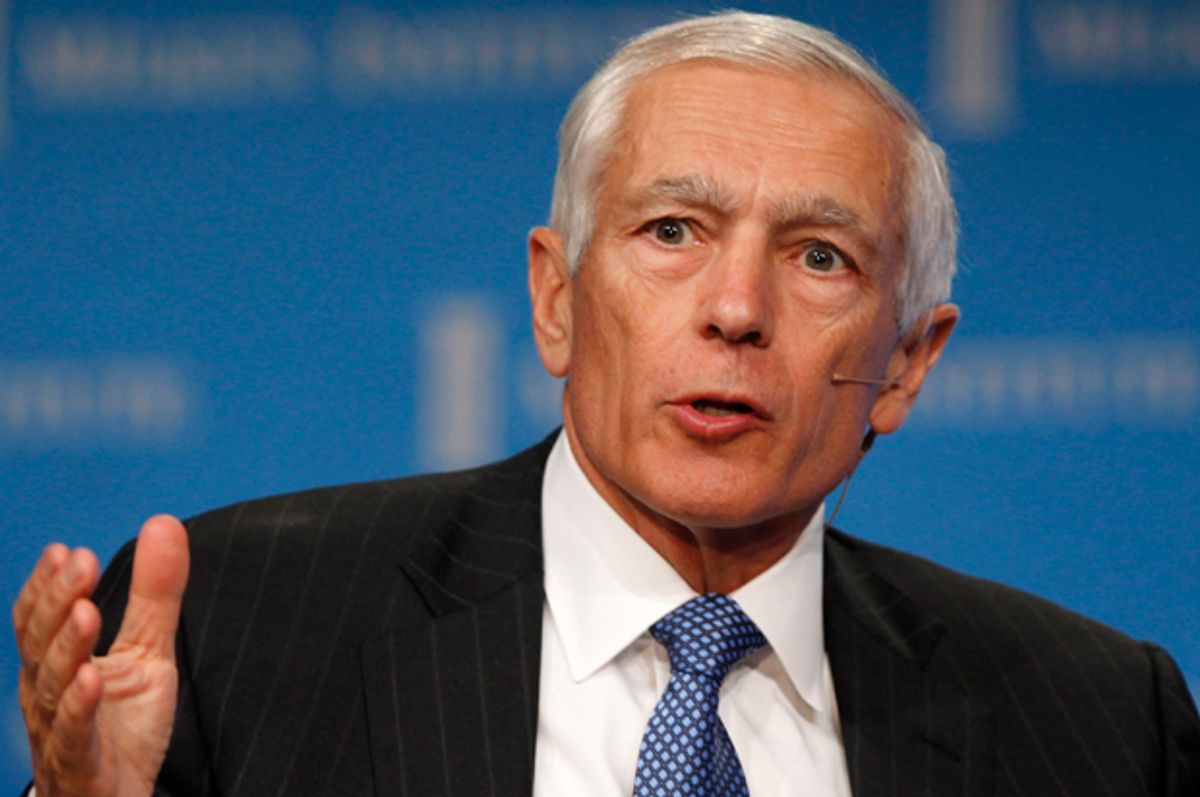 In an interview with MSNBC's Thomas Roberts, retired general and former Democratic presidential candidate Wesley Clark called for the creation of internment camps for "disloyal Americans," such as the Chattanooga shooter, in which to house other potential "lone wolves" for the duration of the war on terror.

"In World War II, if someone supported Nazi Germany at the expense of the United States, we didn’t say 'that was freedom of speech,' we put him in a camp, they were prisoners of war," he said.

"If these people," Clark added, referring to Islamic extremists, "are radicalized and they don’t support the United States and they are disloyal to the United States as a matter of principle, fine. It’s their right and it’s our right and obligation to segregate them from the normal community for the duration of the conflict." He did not, however, indicate how long the "duration" of an undeclared war against a non-state power might last.

"We have got to identify the people who are most likely to be radicalized," he continued. "We’ve got to cut this off at the beginning. I do think on a national policy level we need to look at what self-radicalization means because we are at war with this group of terrorists."

The remarks were particularly out of character for Clark, because as The Intercept's Murtaza Hussain noted, he had been a vocal critic of the way in which the Bush administration prosecuted the war on terror, and as recently as 2006 claimed that the Geneva Convention edicts against torture are "the very values that [we] espouse."

Watch the entire conversation via MSNBC below.