Trump made excuses, claiming the remarks he insists he didn't make were nonetheless accurate 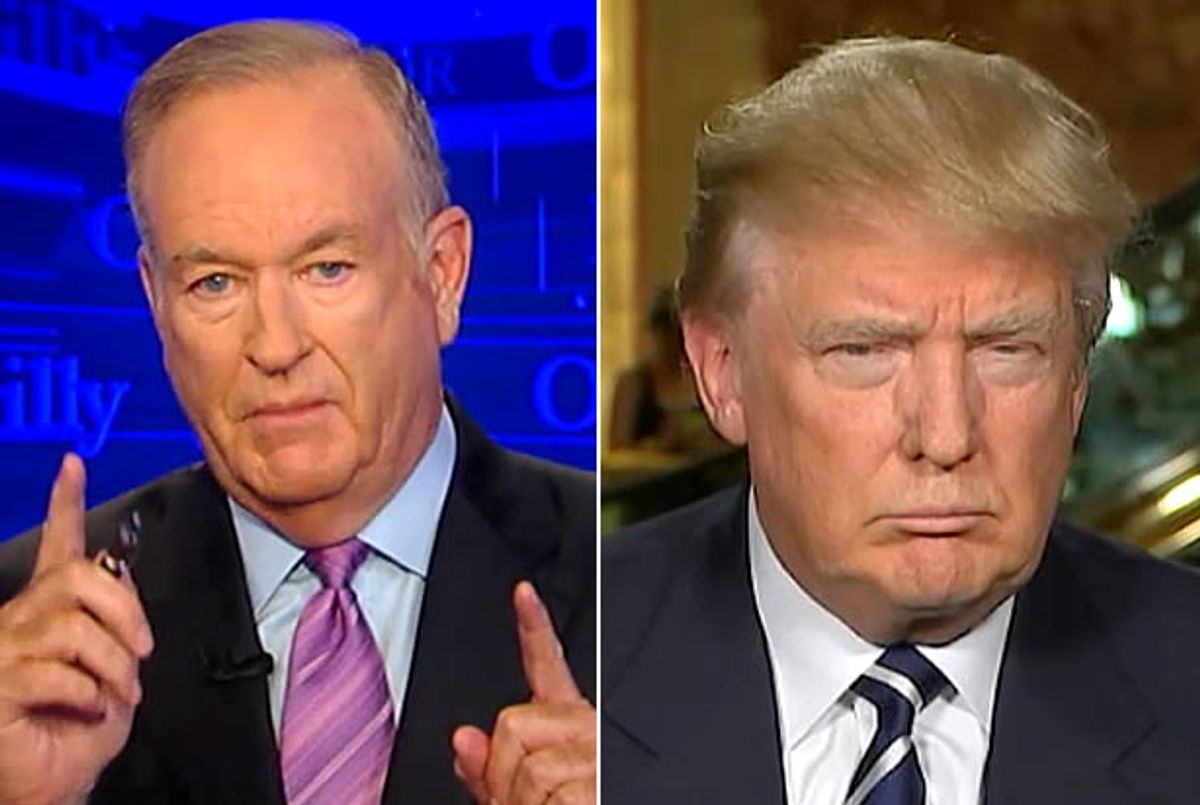 On "The O'Reilly Factor" Monday night, host Bill O'Reilly tried to reestablish his journalistic credibility by lighting into Donald Trump for his comments about Arizona Senator John McCain.

Trump began by echoing Steve Doocy's defense of him on "Fox & Friends" yesterday, reminding O'Reilly that he really doesn't like McCain because he referred to "15,000 incredible Americans discussing illegal immigration" as "crazies."

He then proceeded to blame McCain for the "scandal" of the "corrupt" Department of Veterans Affairs, and noted that many other people are defending him on account of the fact that he "said 'war hero' four times."

"You can backtrack into that, but we just played the clip where you said 'but he was captured,'" O'Reilly replied. "You know that wasn't correct, he was on a bombing mission, he was tortured. Come on, Donald, the way that came off wasn't correct!"

"No matter how you say it," Trump replied, "I said it four times, and I said it when I got off stage!"

O'Reilly noted that he's known Trump a long time, and knows that he truly believes John McCain is a war hero, "and there is no debate about McCain's war heroism."