In an interview on CNN today, he claimed he did so because "the Koran is built to establish a one-world order" 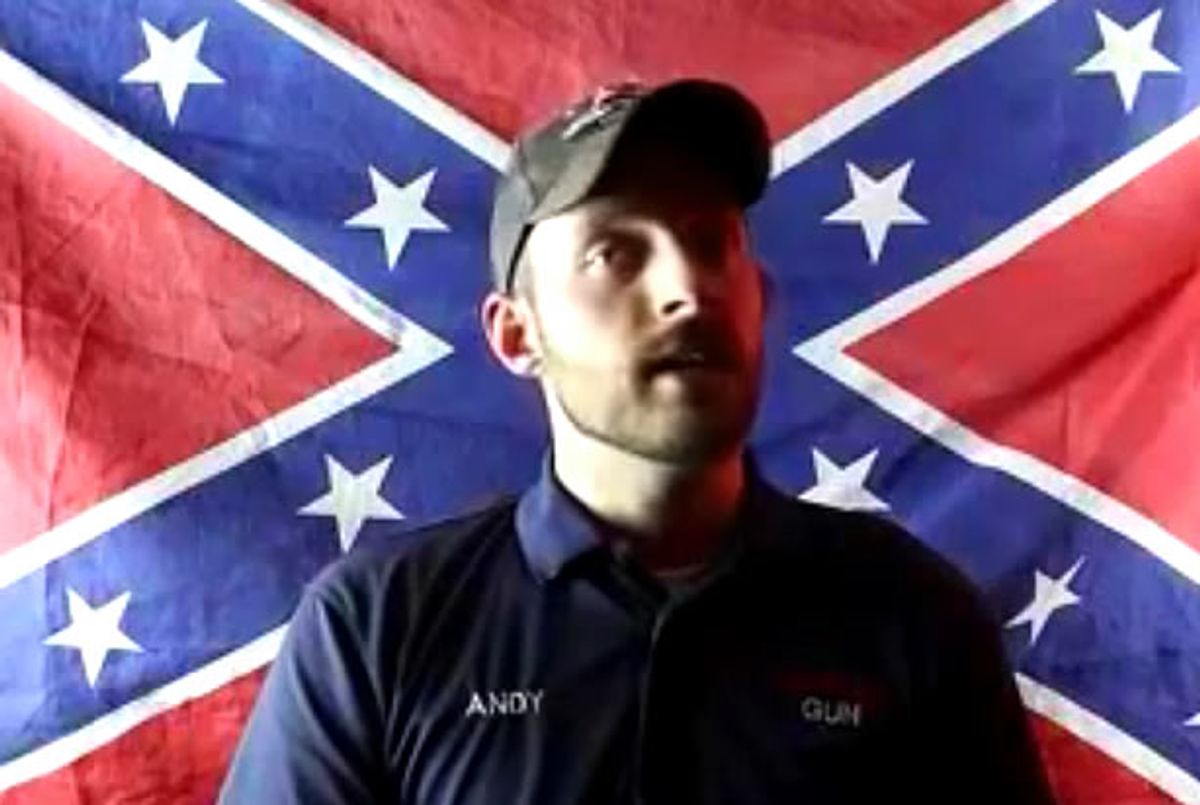 The Florida gun store owner who declared his establishment a "Muslim-free zone" on Facebook after the shootings at recruitment offices in Chattanooga, Tennessee last week spoke to CNN's Carol Costello earlier today, and needless to say, the conversation didn't go quite the way he'd planned.

The purpose behind his video, Andy Hallinan told Costello, "was to offend as many people as I could" in an effort to spark an important national conversation about the real threat to America -- political correctness, which to his mind "has become overly extreme here in the United States, and causing loss of life that we could prevent if we looked at Islam for what it is."

The Koran, he continued, "is built to establish a one-world order, a caliphate" to be ruled by believers in a religion that is "evil at its core."

"Isn't it ineffective, what you're doing?" Costello asked after noting that many of the people responsible for mass shootings weren't Muslim, as in the case of Dylann Roof, or weren't easily detected to be, as in the case of Elton Simpson, one of the men who attacked the "Draw the Prophet" contest in Texas earlier this year.

Hallinan didn't seem to know how to answer that question, so he basically just rearranged the words he used in his previous response and hoped it would suffice, saying "it’s to get the conversation started about Islam, and that the core tenets is to establish a one-world order and do so by violent acts."

Hallinan did, however, note that "the vast majority of Muslims are peace-loving, normal, everyday Americans" -- but the connection between that statement and his decision to illegally discriminate against them seemed to elude him.

Costello pointed out that there are far more accidental gun deaths in this country than there are victims of lone-wolf attacks by gunmen who happen to be Muslim, to which Hallinan replied that "it's never been proven wrong" that "100 percent of the time" studies show "the more [armed] people per population, the crime rate always goes down." He did not cite any study in particular.

Watch the entire interview via Mediaite below.