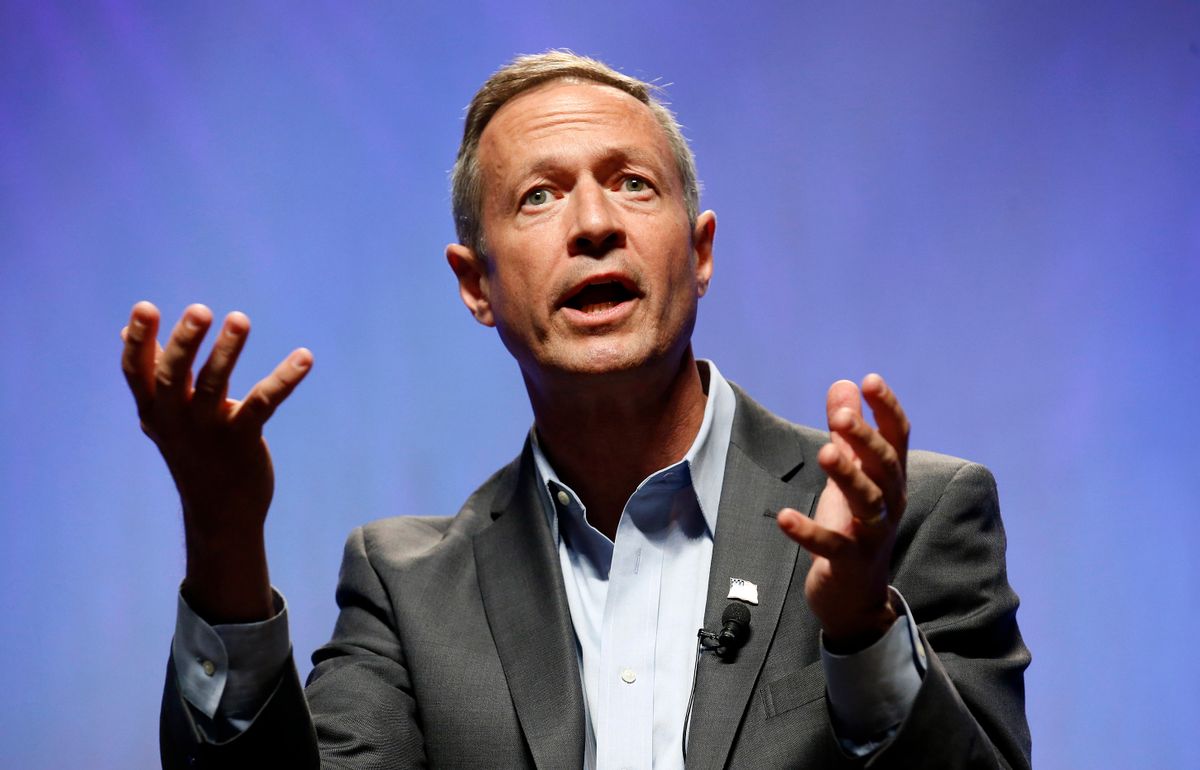 If President Obama's suggestion that climate change is a greater threat to national security than ISIS gave Republicans a collective conniption, you can imagine how they're responding to the comment made by Democratic presidential candidate Martin O'Malley that climate change helped create ISIS.

In a word, poorly.

In an interview that aired Monday on Bloomberg television, O'Malley, who, while lagging in the polls, has garnered praise from the environmental left for his aggressive climate plan (think rejecting Keystone XL, committing to clean energy and eliminating all fossil fuels by 2050), touched upon the scientific theory that the rising temperatures and extreme weather conditions linked to climate change play a role in global crisis.

“One of the things that preceded the failure of the nation-state of Syria, the rise of ISIS, was the effect of climate change and the mega-drought that affected that region, wiped out farmers, drove people to cities, created a humanitarian crisis,” O’Malley said, adding that all that has created the "conditions of extreme poverty that has led now to the rise of ISIL and this extreme violence."

He was referring, in all likelihood, to this recent study suggesting that climate change, while not the cause of the 2011 uprising in Syria, may indeed have been a contributing factor in the conditions leading up to the crisis. It was not the first to suggest as much: previous research has looked at the role drought played in creating unrest in the region, as well as the link between increased heat and violence.

“We’re not saying the drought caused the war,” Richard Seager, a climate scientist at Columbia University’s Lamont-Doherty Earth Observatory and one of the study's authors, explained. “We’re saying that added to all the other stressors, it helped kick things over the threshold into open conflict. And a drought of that severity was made much more likely by the ongoing human-driven drying of that region.”

It's unclear if the Republican National Committee was aware of this research, but since the GOP, in general, tends to reject the consensus of most scientists on climate change, they likely wouldn't have been swayed by the scientific basis for O'Malley's statement. Indeed, they quickly put out this hissy-fit of a press release:

"If Republicans want to have a debate about either foreign policy or science, we have a message for them: bring it on," responded Lis Smith, O'Malley's deputy campaign manager, in a statement emailed to the press. "On both topics they are trapped in the past. They defend the wrong-headed decision to invade Iraq -- a war that cost thousands of American lives and trillions of dollars. When faced with cold, hard scientific facts, they bury their heads in the sand and deny the adverse effects of climate change on the planet."

The real scandal, of course, is that Republicans continue to deny the national security implications of climate change, which experts say works as a "threat multiplier" -- exacerbating risks that are already in place, as in the case of Syria. The Pentagon's already taking the issue seriously; in its 2014 Quadrennial Defense Review, it explained how "pressures caused by climate change will influence resource competition while placing additional burdens on economies, societies, and governance institutions around the world,” which in turn "will aggravate stressors abroad such as poverty, environmental degradation, political instability, and social tensions – conditions that can enable terrorist activity and other forms of violence.”

House Republicans, in response, tried to defund the Department of Defense and CIA's climate change research.

Reince Priebus is right about one thing, though: it will indeed be interesting to see whether Hillary Clinton, who's called climate change “the most consequential, urgent, sweeping collection of challenges we face as a nation and a world," is ready to take an "extreme" stance on the importance of cutting greenhouse gas emissions for national security's sake.