White people get "The Wire" all wrong: Its lessons on race and racism must be absorbed

David Simon's show is right about systemic racism and failure of American dream. Deny that and you deny its power 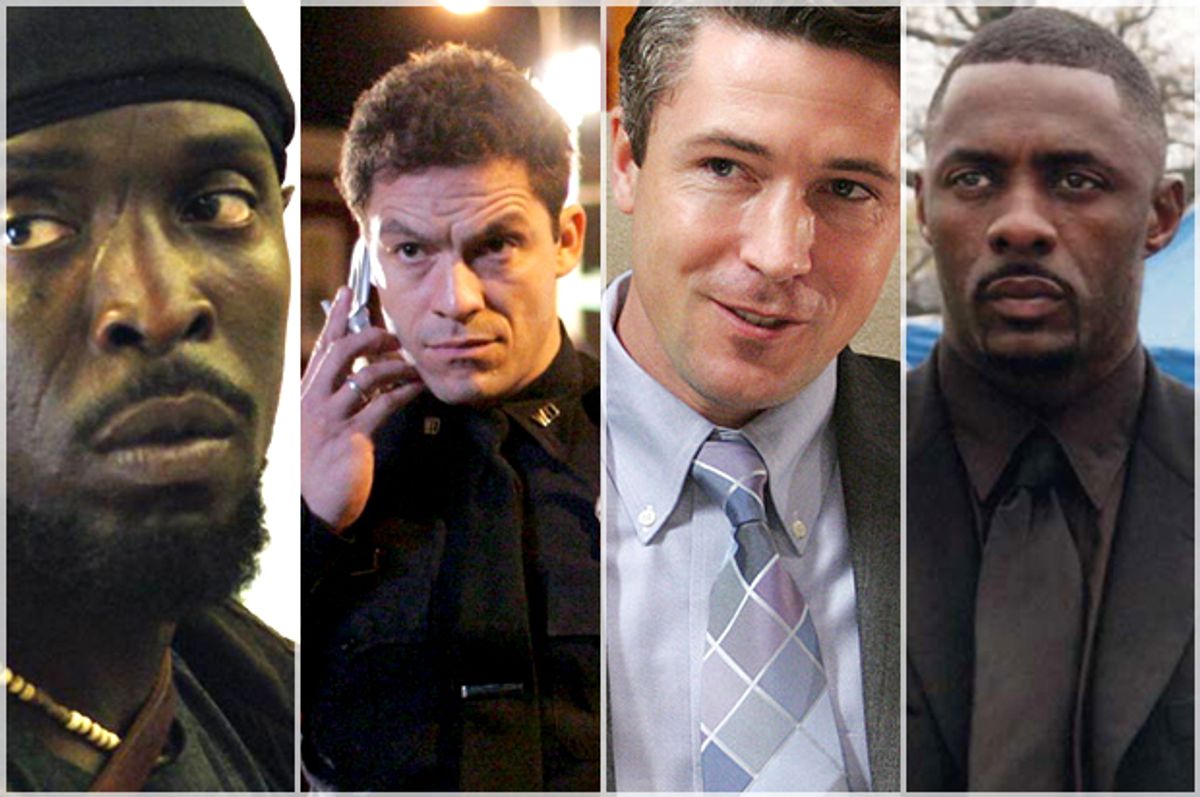 Earlier this spring, The New York Times published an article titled "1.5 Million Missing Black Men." The article showed that between incarceration, early death, and other more minor causes, more than 1 in 6 Black men between the ages of 25-54 is not a part of daily life, a total of 1.5 million. Black men and women, we've learned, are eight times as likely to be the victim of a homicide as their white counterparts. The highly publicized killings of unarmed Black men and women this past year may seem rare, but the truth is the opposite: to be Black in the United States today is to live in a state of threat and crisis.

For the past six years I've been teaching a first-year seminar at my university called "Watching The Wire" with political scientist Dr. Andrea Simpson. The Wire, unlike many TV shows, is full of storylines that seek to intervene on public issues, including policing and racism. Its storylines resonate in today's America - especially policing and racism - even though its last episode aired in 2008. In fact, NPR's Eric Deggans recently argued that The Wire is more important now than when it aired, "because so many of its messages about urban failure, policing, and race" are still a reality.

Creator David Simon worked for two decades as a reporter in Baltimore before creating The Wire, and he understands the issues well. The show challenges conventional thinking about white racism, sexuality, the prison industrial complex, the failure of the war on drugs, and a host of problems American cities face today. It is an unflinching critique of the American dream and who gets to live it. It is meant to move privileged audiences toward greater compassion for people whose lives are forgotten in America. In short, The Wire raises "big questions" we want college students thinking about.

A lot of people (including me) love to talk about this show, and the course always attracts a few "Wireheads" who have seen the entire series--even though they were still children when it ended. People love the show so much that positive fan hype about it has reached a remarkable number of people. When I mention the class to my friends--on campus or off--I find I need to be prepared to talk about it. Those who have watched the five-season, 60-episode run tend to love it. Not like it, love it. The Wire has a 9.4/10 rating on imdb.com from 154,000 raters; Simon won a MacArthur "Genius" Award; it was immensely successful and profitable for HBO. Conversation about the show takes on rhapsodic terms: "Loved it." "Who's your favorite character?" "Best TV show of all time." "Like a novel!"

Even friends who have not seen the show feel compelled to tell me they feel like they should have seen it. "So many people tell me I should watch that show" is a common refrain.

So what is happening when we hype The Wire? How is a show that is so critical of America, so critical of much of its audience, also so beloved? What does our love for The Wire have to do with the crisis facing us? The answers, unfortunately, are not that flattering.

In the words of communication theorist Kenneth Burke, social talk creates "identification," a "shared substance" with others based on our outward, spoken similarities. Identification is the basis for communities. Talking about our media habits, then, is one means of building our "social capital," of creating networks, norms, and common ground that can be mobilized toward some sort of change.

Over the years of teaching and talking about the show, I've learned that when we talk about The Wire, the conversations often are completely detached from what The Wire says about systemic racism and the failure of the American dream. Many people who watch it would not endorse its portrayal of America's problems. Far from it. This fall, many of my students will say they do not think The Wire teaches us lessons about race and racism in America. Instead, they either will reject that narrative, or they will interpret the show as a fairly typical, morally benign cop drama. And they aren't alone in their denial--TV studies scholarship tells us that programs don't simply tell us what to think; we build meaning from stories based on experiences.

We continue to live in what Simon calls "two Americas"--one connected to and the other severed from its abundance and promise, and the racial divisions are painfully obvious today. In this sense the killings of Black folks by police are not "news," but rather more evidence that Black Americans, to use Lauren Berlant's term, are dying "slow deaths." The real-life police officers killing unarmed Black men today are the Carvers and Hercs of the show's Baltimore PD, wrapped up in a culture of fear, machismo and careerism, where "busting heads" and creating more arrests are the highest values. Black parents teach their boys how to interact with police officers precisely because of officers like Carver and Herc--because for Black boys to behave "correctly" around police might be the difference between life and death. But violent interactions are just the tip of the iceberg. To paraphrase Berlant, the physical and mental deterioration of Black people in the United States is a defining element of their existence. The threat of violence is a constant.

The show's creator, and many of its viewers, see the show as an indictment of the failed American promise of equality, a warning that American cities - and the people who live in them - are dying slow deaths by institutional indifference.

But the version of The Wire some folks view is totally emptied of its attempt at raising consciousness and compassion and has instead become a kind of Boy Scout merit badge for public good. As if seeing the show were itself a political gesture.

Of course, it's not. When we say we have watched The Wire and then distance ourselves from its criticism of us, we exempt ourselves from an ongoing crisis in America. For whites, saying we loved The Wire may earn us some social capital among more progressive-leaning friends, but unless that social capital is mobilized somehow--unless our attitudes, our voting rates, our actions change--little else happens.

Art can move us toward change. And yet it seems something is very wrong when we talk about The Wire. Sharing our appreciation of the show about it with our friends is one thing, but to stop there risks turning a show meant to raise awareness into something self-serving. Simon's inspiration for the show was real life, and the United States he hoped for is far from being realized.

Have you seen The Wire? If you pay attention to the news, you have. It's unfolding all around us, and it has been for decades.

This story was originally published by The Huffington Post

Paul Achter is an Associate Professor of Rhetoric at the University of Richmond.