One worker only accidentally left it flying, but balked when he was asked to remove "statement of our heritage" 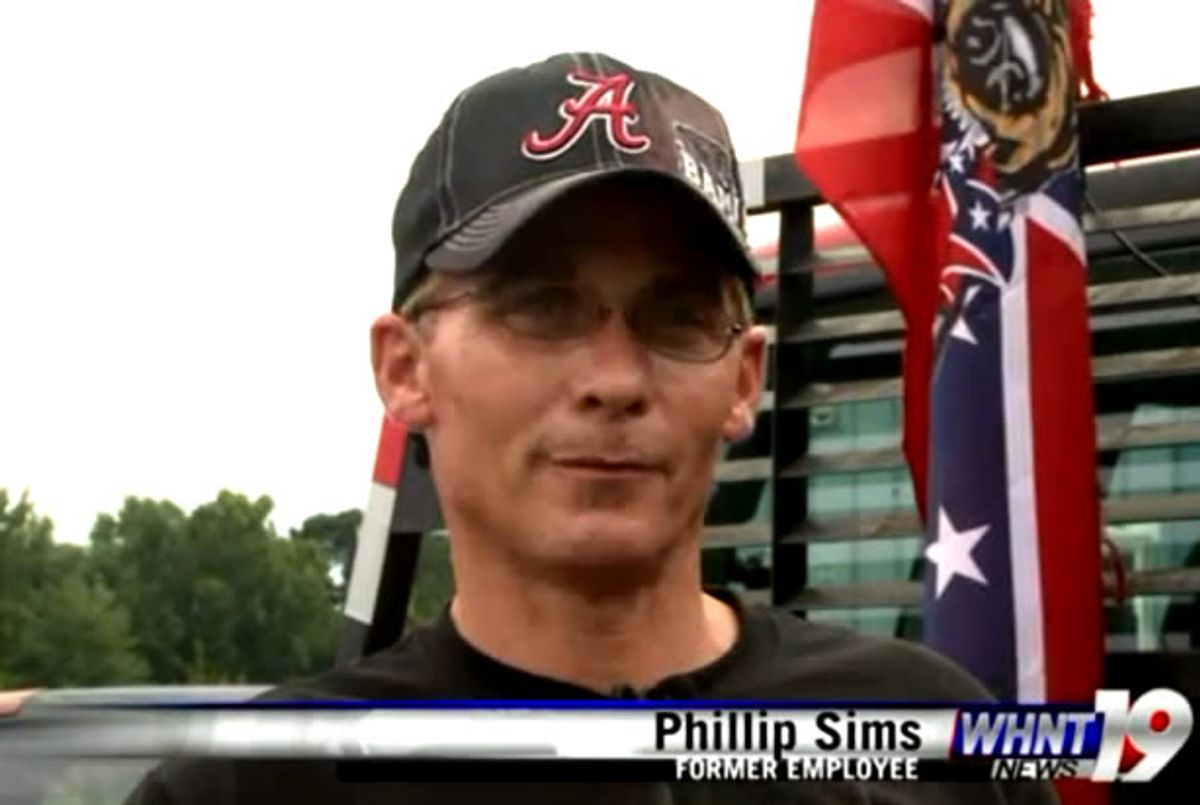 Two Alabama men said they were fired from their jobs at Turner Industries for refusing to remove the Confederate battle flag from their vehicles on Monday, WHNT's Maxie Gardner and Al Whitaker report.

Only one of the men, Phillip Sims, agreed to go on the record about the firing. According to Sims, he was running late on Monday and didn't have time to remove the battle flag from his truck before going to work.

He didn't indicate what weekend activities required peacocking his truck with the controversial symbol of the South's failed bid at secession, and it would be irresponsible to speculate -- but even though he only accidentally left it flying, he balked at lowering it when a plant supervisor asked him to.

"'Hey, we like your work here and we like you but your flag, it’s gonna have to go,'" Sims told WHNT his supervisor said. "'I hate to be the one to tell you that, but if you don’t I’m gonna have to fire you.'"

"I’m unemployed now, but I still feel that I made the right decision," he added.

Despite the fact that Sims hadn't even intended to make a statement by flying the battle flag, he decided that he had no choice as a Southerner but to take his stand. "It’s a statement of our heritage," he said, "and it’s just my right to have it, and I don’t think that I should just give it up because somebody told me I had to."

Seemingly unaware that it's Turner Industries' right to police its policy on company grounds, Sims added that he has contacted the American Civil Liberties Union and hopes that they will assist him -- though what he means by that is unclear, as he also noted that the supervisor who fired him has called and offered him his old job back three times already.