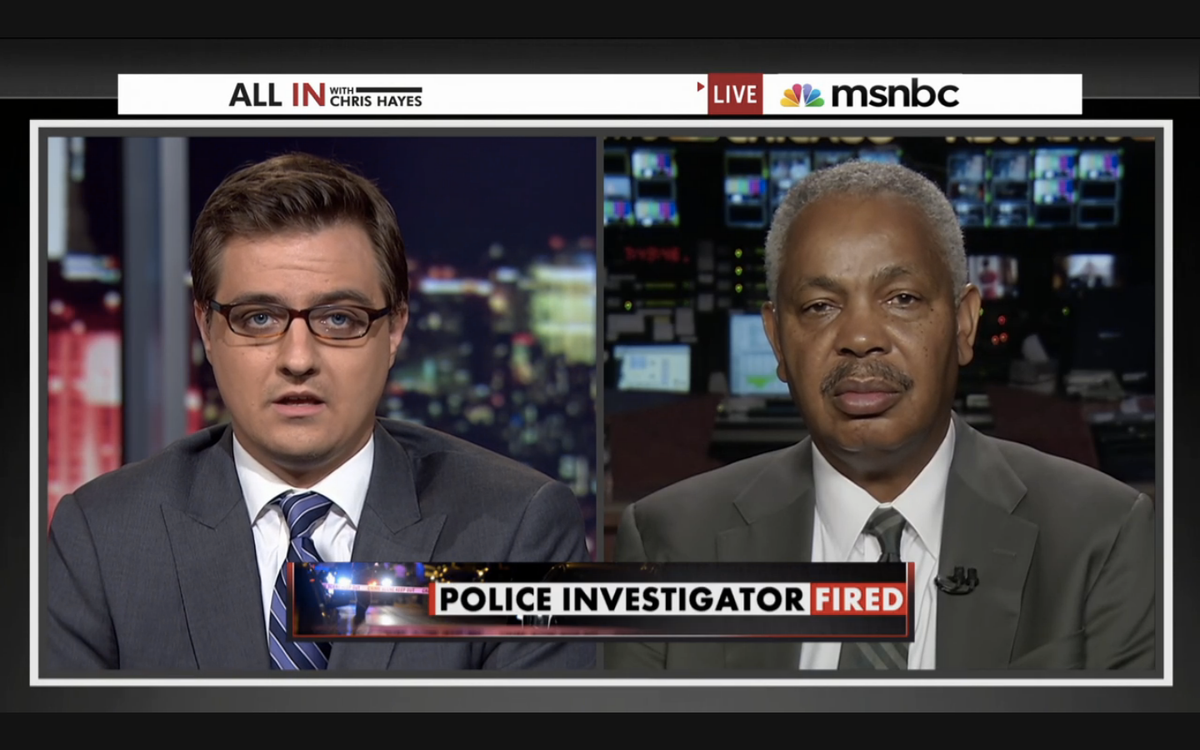 After taking a moment to discuss the release of the dash cam video of Sandra Bland's recent arrest in Texas, Chris Hayes moved on to another issue of alleged police brutality -- shootings -- in yet another part of the country: Chicago. On Tuesday the MSNBC host sat down with former Chicago Independent Police Review Authority Investigator Lorenzo Davis, who claims he was fired from his job for refusing to reclassify police shootings that he believed to be "unjustified."

"Are you saying this was basically rigged?" Hayes asked.

"Yes, that's exactly what I'm saying," Davis said. "I'm now being told that since I have shined a light on IPRA and their investigations of police shootings, they are now trying to find some shootings that they can say are not justified. But as we all know, up until a couple of weeks ago, more than 400 police-avowed shootings were found to be justified."