Cosby fans to Hannibal Buress: "You f*cking sold out Cosby and now you got a show" 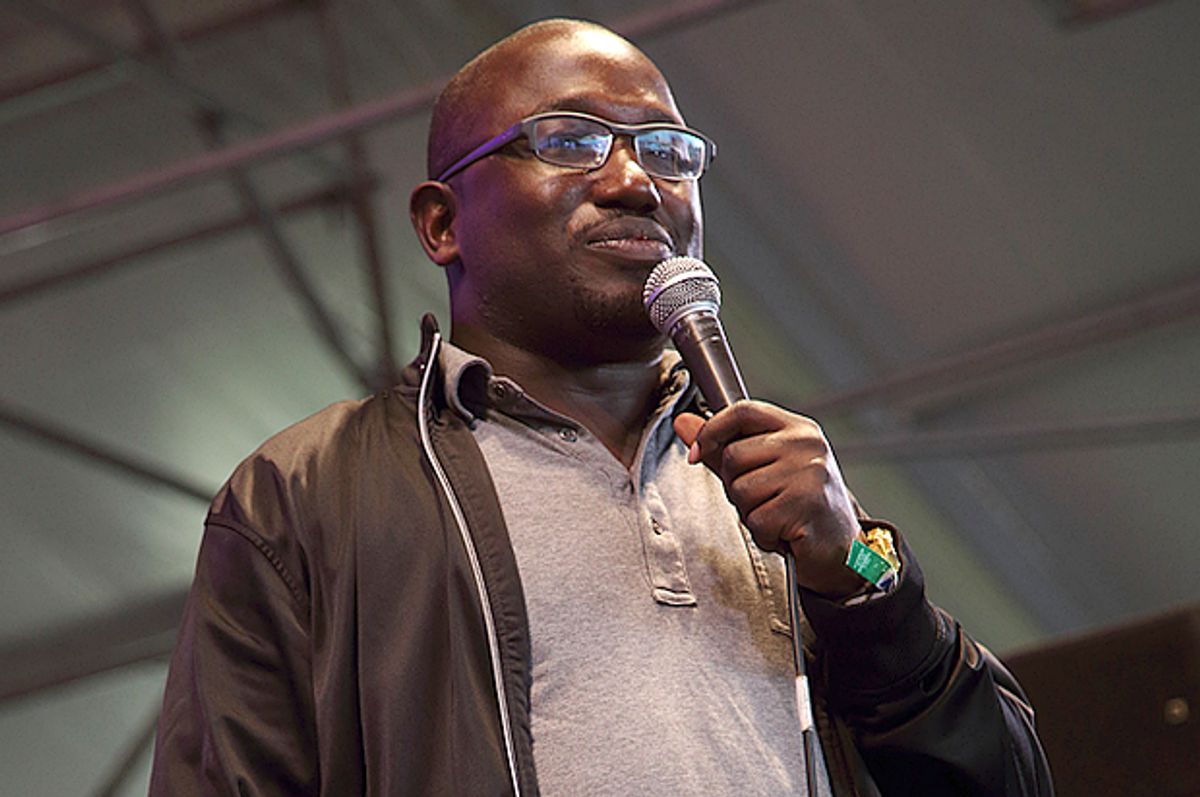 In a new GQ profile, comedian Hannibal Buress opens up about his role in the Cosby rape scandal, which he is widely credited with bringing out into the open after his jokes about Cosby in a stand-up set went viral last fall.

Asked if he regretted doing the Cosby bit, Buress said he didn’t, because “you can’t predict shit like that.” Still, Buress demurred when writer Taffy Brodesser-Akner referred to him as a feminist hero. “People are going to put on you whatever they want to put on you,” he said. “It is conflicting, because people think I’m like this amazing guy or something. I’m a decent guy.”

While the Cosby affair has catapaulted Buress into fame, it also came at a cost, with Comedy Central deciding to postpone the announcement of Buress’ new show "Why? With Hannibal Buress" (which finally premiered on July 8th) until Buress’ name wasn’t so immediately associated with Cosby’s.

That never happened, and now, says Buress, and after the show was announced, he received responses from Cosby fans that say things like "you fucking sold out Cosby and now you got a show."

Ultimately, while the comedian seems to have come to terms with his unexpected role in forcing this pop-cultural cataclysm, he seems more than ready to move on and leave the Cosby association behind. Or, as Brodesser-Akner quotes him saying in the final line of the piece "I don't know what the fuck else you want me to say.”