"I edit film for a living," she said, "but anyone can see that this official video has been cut" 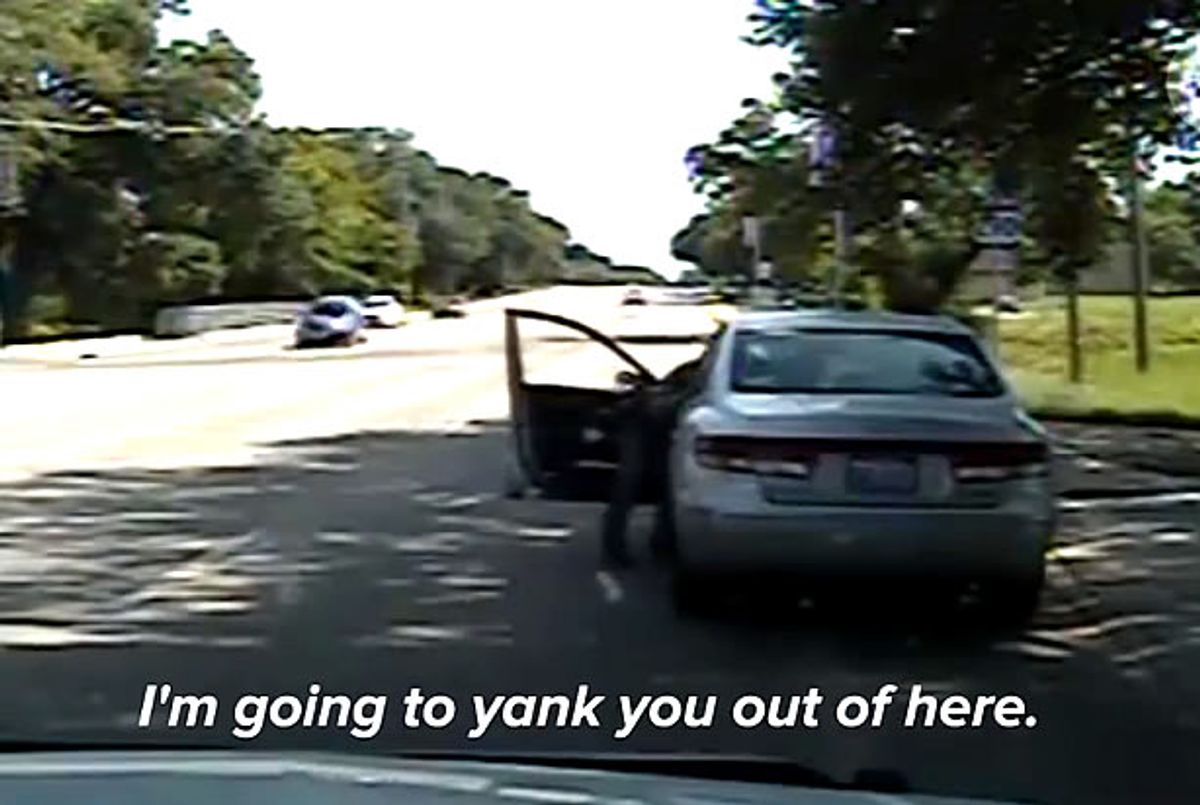 After days of promising to do so, the Waller County Sheriff's Office finally released video of Sandra Bland's arrest taken by the arresting officer's dashcam -- but the footage has been clearly and clumsily edited and looped, with tow truck drivers and white cars reappearing while the audio continues uninterrupted.

The video that was released is objectionable on its face, without the dubious edits, as Democratic presidential candidate Bernie Sanders noted. "This video of the arrest of Sandra Bland shows totally outrageous police behavior," he said. "No one should be yanked from her car, thrown to the ground, assaulted and arrested for a minor traffic stop."

But the fact that the video -- which the Waller County Sheriff's Department dragged its feet for days before releasing -- was clearly manipulated is likely to embolden those calling for the Justice Department to launch a formal investigation. At multiple points in the video, the audio continues uninterrupted while the images repeat like a glitch in "The Matrix" -- the reappearances of a tow truck driver and a white car are particularly obvious.

This doctoring is so laughably obvious as to be barely removed from someone using MS Paint to copy-paste a gun onto the image of a suspect to justify the use of lethal force. The Texas Department of Safety said that they will look into what they were calling "alleged" edits, but as "Selma" director Ava DuVernay noted, anyone who trusts their eyes can tell that the footage has been doctored:

Given what wasn't edited out of the video, contemplating whatever was is a harrowing proposition. Contrary to arresting officer's affidavit that Bland "was swinging her elbows at me and then kicked my right leg in the shin," causing "pain in my right leg and small cuts on my right hand," the video clearly shows Brian Encinia being unnecessarily hostile to Bland -- who is, by her own admission, annoyed that he had tailed her until he could manufacture a reason for pulling her over.

Encinia aggressively enters her vehicle, telling her that he will "yank you out of her" if she doesn't comply with his directive "to step out of the car."

"Step out or I will remove you," he said.

"I'm getting removed for a failure to signal?" she asked.

"Get out of the car or I will remove you," he replied.

"I'm calling my lawyer," she said.

"I'm going to yank you out of here," Encinia replied, and proceeded to do exactly that, at which point the situation quickly escalated.

Watch the video of her arrest as released by the Waller County Sheriff's Department below.