Good news/bad news, guys: Women don't care about penis size — but they do have opinions about your pubic hair 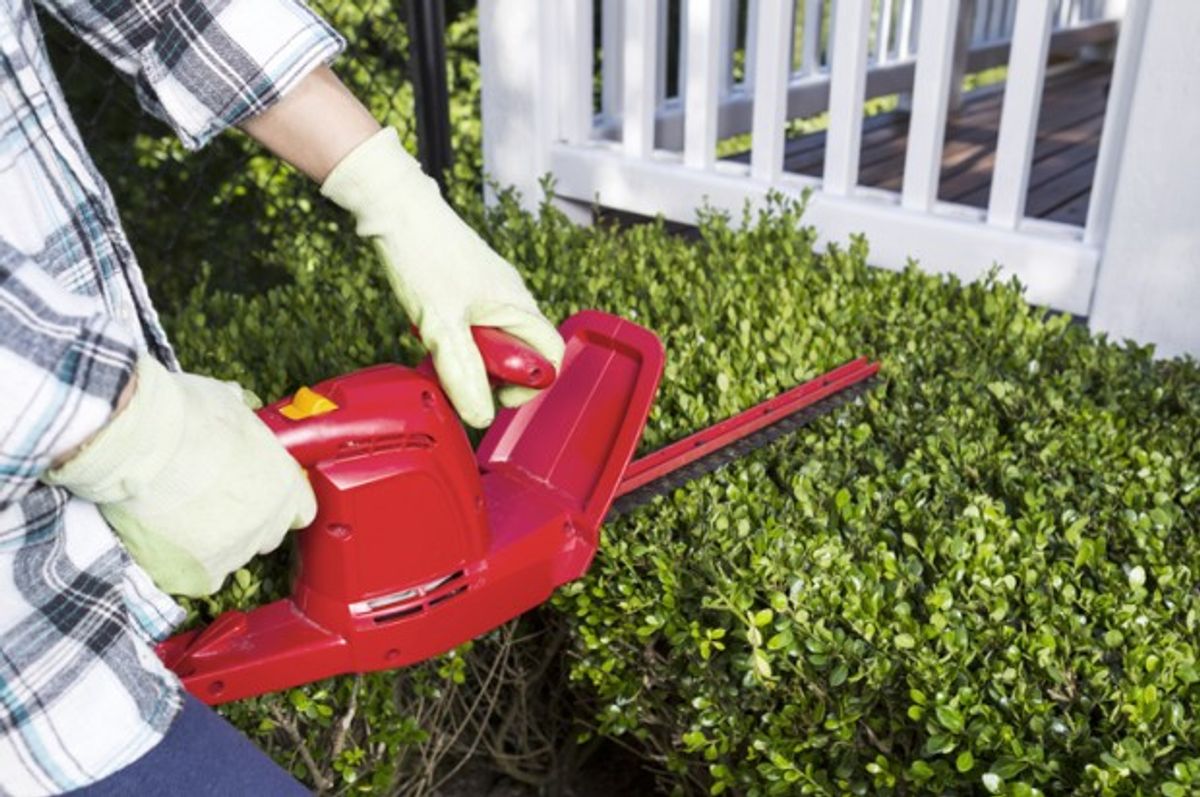 This just in: women don’t care that much about penis size, according to both a study of 105 women in The Journal of Sexual Medicine and a Cosmopolitan study of 1,100 readers, 96 percent of which were women. The journal study, titled “What is a Good Looking Penis?” (a title which made me think of an X-rated beauty pageant) found that of eight qualities a penis might possess, “general cosmetic appearance” was most important, while penis girth was third, and penis length, sixth. In the Cosmopolitan study, 89 percent of respondents were not concerned with the size of their partner’s penis. I’m not surprised—and not just because I happen to prefer men with smaller penises.

I’m not surprised because while we still have plenty of strict standards when it comes to acceptable weights for men—dad bod, anyone?—I think we are starting to recognize that men can’t control their penis size. Therefore, judging them for it is pretty much a lost cause, unless you’re going to kick someone out of your bedroom you’ve been hot for once they undress because they don’t seem to measure up to a preconceived idea. Judge not, lest ye be judged? Perhaps women are simply being realistic because they’ve realized a bigger penis doesn’t necessarily mean the guy is better in bed, something born out by the Cosmopolitan study.

So, what can we learn from these figures? According to sex educator Reid Mihalko, commenting on the journal study, while cautioning “it’s important to note that grooming preferences may differ from country to country, culture to culture,” he told Salon, “The good news is that a man who pays attention to grooming seems more important to a woman than penis length. Which, in my experience, seems to hold true. Even if you aren’t girthy/thick, you can learn how to use your hips and legs to create variations in angles and motions during sex that can approximate that you’re thicker by generating more sensation around her vaginal walls an...

I also think this is positive news, on one level at least, because, again, while there’s little men can do to alter their penis size or shape, they can, as Fusion notes, change the appearance with some manscaping. If that makes them more pleasing to the eye, women are probably going to be more in the mood to get it on, which will in turn hopefully lead to better sex.

But I don’t want to simply tell men the answer to their sexual issues is to get a Brozilian, an actual term used at men’s spas, along with the Butt Reynolds and Crack Daddy (to read about one man’s experience with hot wax on his tender parts, click here—spoiler alert, the pain was “almost unbearable”). Yes, there are now plenty of places for men to, for a fee, spread their legs and go completely bare, but that’s a highly personal choice. I would hate to see men rush out and simply mimic what they think women want, especially without asking their actual partners. You can also manscape at home, but if you’re going to go that route, perhaps involving your bedmate in the process is an essential first step, both to see if they even want you to groom down there, and to get their advice before you bare too much.

Mihalko had some practical advice for the pubic hair DIY set. “Experiment with grooming your pubes, shaft, and scrotum. It’s just hair, guys. It grows back. For your shaft and balls, I recommend using a multiblade razor like Gillette's Mach3 with a floating head. Shave in the shower after you’ve warmed everything up with hot water. Use nonmentholated shaving cream, or even hair conditioner will do in a snap. And go slow. For pubes, I trim with a pair of hair clippers or even scissors. Again, go slow. Be careful not to shave everything off by accident, unless that’s what you’re going for. Remember: Let your pubes be a welcome mat, not a hedge fence.”

Los Angeles-based sex and intimacy coach Elle Chase said she’s found that “male pubic hair has become something women are talking to each other about more and more. After going through not just the expense, and oftentimes pain of a Brazilian mostly because of their partner's preferences, due to societal expectations, women have become more vocal about their personal preferences too. Anywhere from ‘neatly trimmed’ to completely bare is what I'm told is the preference. This penchant for a shorn scrotum is usually to do better hygienic control, since hair tends to trap odor, and aesthetics than anything else.”

Interestingly, the study found that “the older and the more sexually interested a woman is, the more normal she perceives the appearance of a penis to be. Possibly, women develop a more realistic body image with increasing sexual experience at a higher age.” This could be that the woman has simply seen a greater variety of penises and therefore isn’t as judgmental, knows her own body and how to get herself off and instruct her partner on what she wants, or simply isn’t as superficial about seeking an unattainable penile Adonis. As someone who advocates for a broader vision of male beauty than just the Magic Mike variety, I hope this greater openness to variety extends beyond just penises to the rest of men’s bodies.

I asked Joan Price, 71, author of "The Ultimate Guide to Sex After 50," what she thought. Turns out, for her penis size has never been the bedroom be all end all anyway. “Since I could be pleasured by tongue or fingers of any size, penis size really never mattered,” Price said. “As I’ve aged and my vaginal tissues have thinned, a large penis is decidedly uncomfortable, even with plenty of lubricant, and slender is best. At my age, many men worry more about staying hard than size.”

But this isn’t only wisdom learned from age and experience. The Cosmopolitan study, whose participants ranged in age from 18 to 34, found “Despite 59 percent of women reporting that they were less than satisfied in the bedroom, the vast majority said they wouldn't change anything about their boyfriend's penis,” according to the site’s summary. Not only that, “A handful of participants noted that they would actually make his penis slightly smaller.” This should be enough to placate men, no matter what their size, that the key to being a good lover has far more to do with how you use your penis than its measurements.

Most of all, though, I think we should take studies like these with a giant grain of salt. If we are going to rail against women trying to hold their vaginas up to possibly dangerous beauty standards with acts like labiaplasty or vagina contouring (which even has a nickname, “vontouring”), we shouldn’t try to place similar expectations on having the “perfect penis” on men. There’s no such thing, at least, in the abstract. What I would hope is that whatever size, shape or level of public hair grooming is going on with your penis, that you have someone who gives it a 10 in your own personal beauty pageant.