One problem: Much of the scientific legwork needs to be done in space 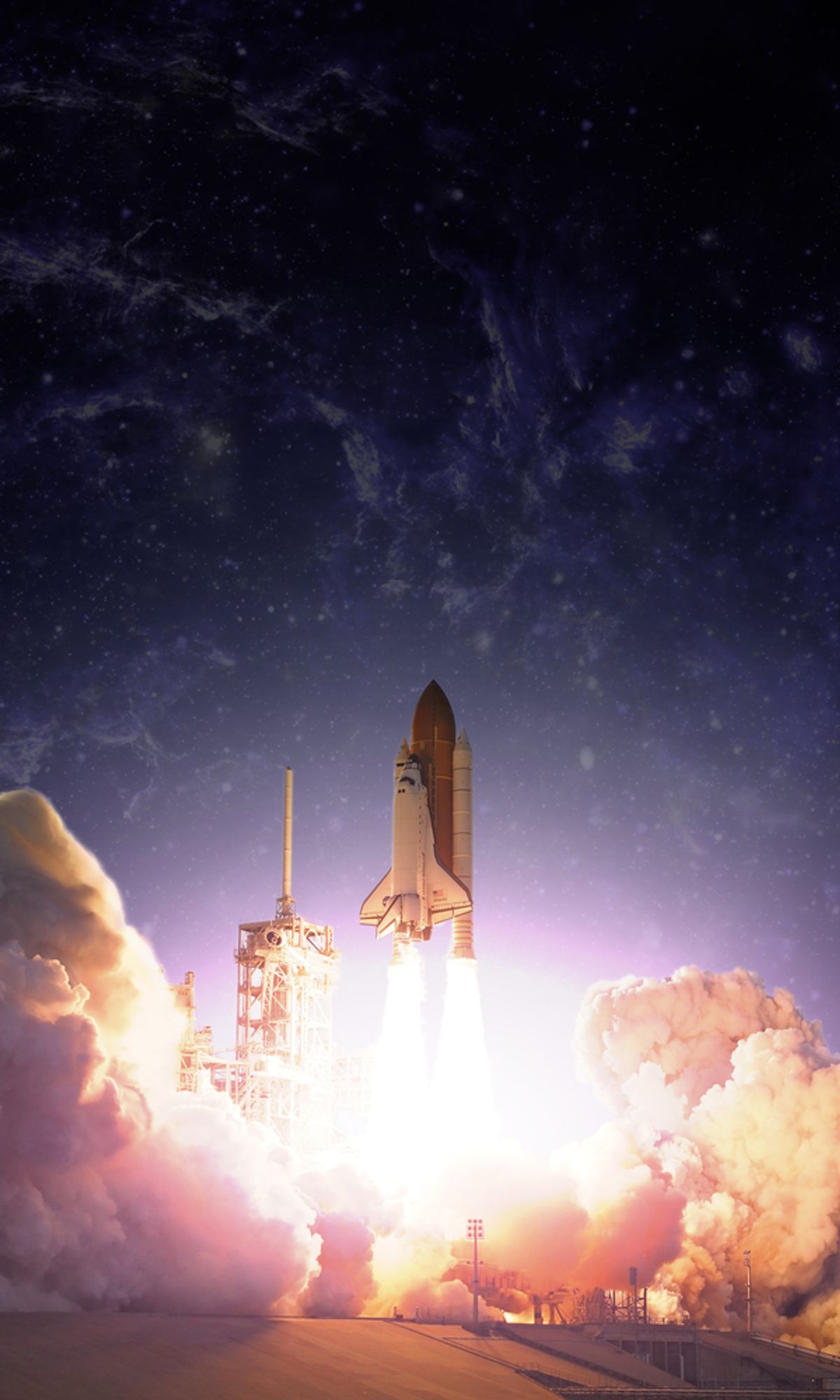 Dr. Anita Goel is obsessed with finding the underlying secrets of life at the intersection of physics and biology, and she is looking beyond earth for answers.

The founder of Cambridge-based start-up Nanobiosym has been chosen to be one of a very special, select group of scientists who are sending research to space, using the lab on the International Space Station (ISS) to address some of the world’s most pressing health problems.

The ISS circles Earth at a height of 250 miles in a state known as Low Earth Orbit, that allows for a unique weightless quality called “microgravity.” This environment is one that scientists can’t easily replicate on Earth, and in this way, the US area of the ISS is the perfect place to house a national laboratory to study human health, among other things.

Multinational pharmaceutical companies and small start-ups alike have sent health experiments to space, mostly through CASIS, the non-profit arm of NASA that forms public-private partnerships between ISS and the business sector.

Charged with finding the right scientists and research studies that would have the largest impact, CASIS has a large part in deciding what gets to spend some time “up there.”

“We work across the life sciences spectrum,” said CASIS Director of Business Development Cynthia Bouthot. “We like that broad mix of big companies that are working on these big projects, as well as these small companies that are totally innovative and doing things in a different way.”

Anita Goel’s work is part of this fusion of emerging science and commerce, and CASIS believes her device, Gene-Radar, could have a huge effect on real-time diagnostics for infectious disease. The iPad-sized tool takes human DNA samples and uses the device’s mobile apps to determine the nature of a disease by its genetic fingerprint, or biomarker, on the spot.

By removing the need to send samples to a physical lab, Gene-Radar could be a crucial, life-saving innovation, especially in remote places where infectious diseases like Ebola and HIV can go undiagnosed for days or weeks.

Via the microgravity environment on ISS, Goel can find ways to make her apps faster, and smarter.

“[Low Earth Orbit] acts as an incubator to accelerate the mutations that happen with some  bacteria and viruses,” explained Goel. “We can use that to anticipate how, for example, some drugs might become drug-resistant, and then build apps on Gene-Radar that could not only diagnose the main bug, but also how it might mutate over a period of time… and anticipate what kind of therapeutics or vaccines that could be used to beat the virus before it mutates.”

At a gathering of space scientists last week at the annual ISS Research and Development Conference in Boston, Goel received a Galactic Grant in a recent funding contest through which CASIS and the Massachusetts Life Sciences Center will send worthy experiments to space.

Global health is a priority for CASIS and NASA, and with their support, experiments like Goel’s and others could transform the next generation of healthcare technology to address everything from infectious disease pandemics to non-communicable diseases like cancer.

But while there is plenty of great science happening on the ISS, even NASA and CASIS agree there need to be less hurdles toward public-private information sharing and a democratization of medicine, another high-level goal.

One of the largest upcoming CASIS initiatives is an international research project dubbed “Good Health,” which brings interdisciplinary organizations of different sizes, nationalities and interests together to solve common health problems worldwide, using science based out of the ISS national lab via a massive open data site.

“Good Health is capturing all the things the national lab can do to protect health on Earth,” said NASA’s ISS Chief Scientist Julie Robinson at the conference in Boston last week. “It really represents that integration of all the things that spaceflight can do.”

The initiative will bring datasets and models that have been used in previous studies together into one place, to encourage interaction across the board to see if there is a way to leverage what has already been done. While CASIS hasn’t yet chosen what diseases will be part of the initial focus for Good Health, a pandemic like Ebola is “not out of the question.”

Pharmaceutical companies are focused on four main areas of research at the ISS, and they will share detailed results of their studies via Good Health.

There are massive global impacts of studying health in microgravity, including drug targeting and protein crystallization, and outfits such as Merck have flown projects to ISS, where proteins crystallize at larger sizes. Disease modeling is another focus, where accelerated studies on osteoporosis, muscle wasting and aging find excellent conditions in space. Novartis flew an experiment on muscle wasting and bone loss on mice last year. A third area is gene expression and regenerative medicine. And lastly, drug delivery and technology platforms are being studied as well, and ISS has seen experimentation on innovative uses for ultrasound machines, as well as advances in micro-encapsulation, organoids, and other systems.

Pharma giant Eli Lilly Co. is the latest to partner with CASIS to send experiments to space, and Director of Innovation Dr. Ken Savin hopes these will be launched by the end of this year. In addition to protein crystallization and muscle building and degeneration studies, Savin’s team will look at how freeze-drying can affect the properties of some drugs, as well as a study on mixing solids, liquids and gas.

“We wanted something that would interest us, would interest NASA, and ultimately would be beneficial to everyone,” said Savin. Eli Lilly’s experiments were selected for their wide value, like all of the ISS projects, and “there is a lot of benefit, not just for the fun [of sending experiments to space] and the excitement, but for basic science.”

With all of this information available for researchers around the globe, the implications for global health are huge.

“Innovation is global, research is global, and there is going to be collaboration internationally,” said CASIS’ Bouthot. “And I think that’s a great thing.”