Well, it would appear Stewart -- who promised no more Trump on "The Daily Show" yesterday -- has already relapsed 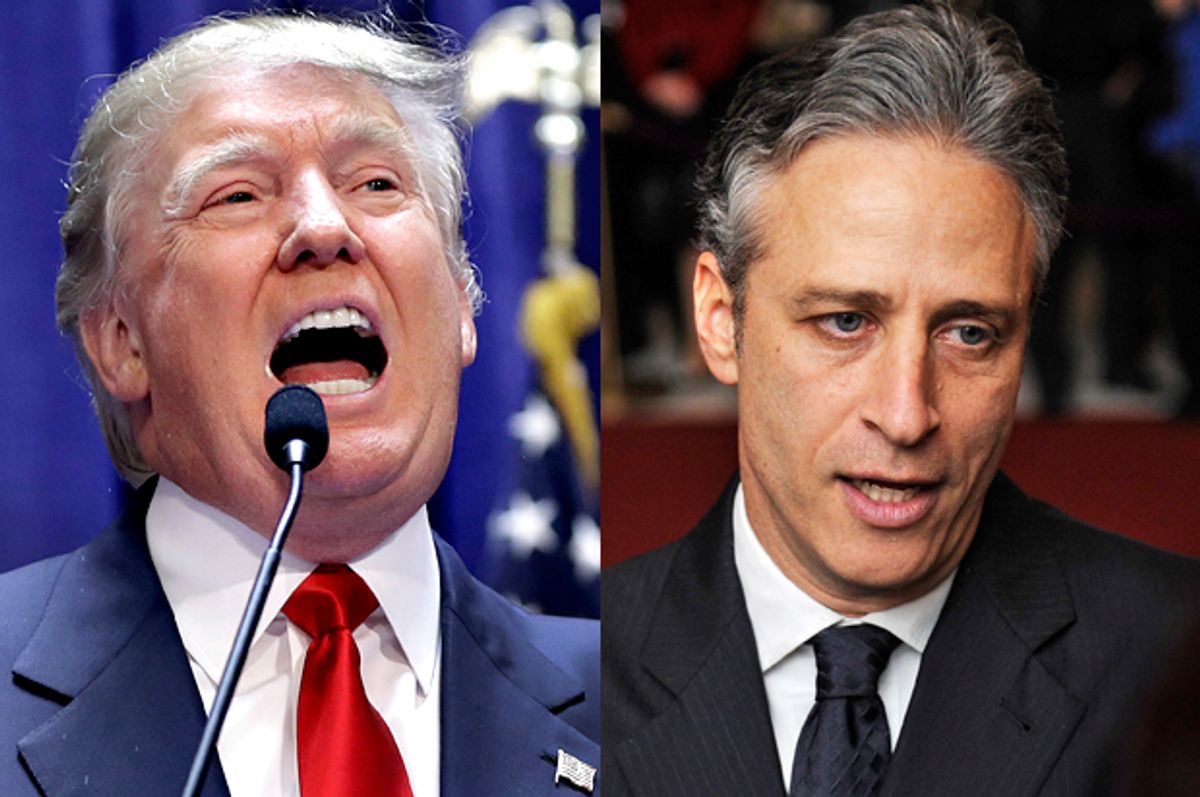 In a valiant attempt to start focusing on "news that matters," Jon Stewart announced on last night's "Daily Show" that he would be slowly weaning himself off of his Donald Trump addiction. Not a day later, The Hill has ushered in some news that makes us seriously doubt Stewart's commitment to Trump rehab.

Trump reportedly told the politics website that he's been approached -- no, "begged" -- by "The Daily Show" host to appear on his last episode.

Page 6 broke the news last month that "Daily Show" producers were in talks with many of Stewart's go-to punching bags on the fake-news program (at which point, we began wildly speculating and fantasizing about who guests of that show might be; Trump was among the list).

Now, it seems the GOP frontrunner could very well be making Stewart's dreams come true -- that is, if he's able to overcome his paranoia over public perception. (Obviously, appearing good to the public is something that matters a lot to The Donald.)

“I like Jon Stewart — I think he’s good," Trump told The Hill. "They’re begging me to go on. I would do it ... the problem is it looks like pandering. It looks so false and so phony if I do it.”

Asked how he felt about President Obama appearing on the program earlier this week, Trump said that he took no issue with it.

“I don’t think there’s anything wrong with President Obama having done it,” Trump said. “I know he took a lot of heat, you know, because they said, ‘What are you doing on a comedy show?’ I think it’s OK.”

Hmm. Sure you watched that interview, Trump?