Germany is the hypocritical worst: Arrogance, austerity -- and zero sense of history

They put a gun to Greece's head, and forget about the Marshall Plan and German debt forgiven by others 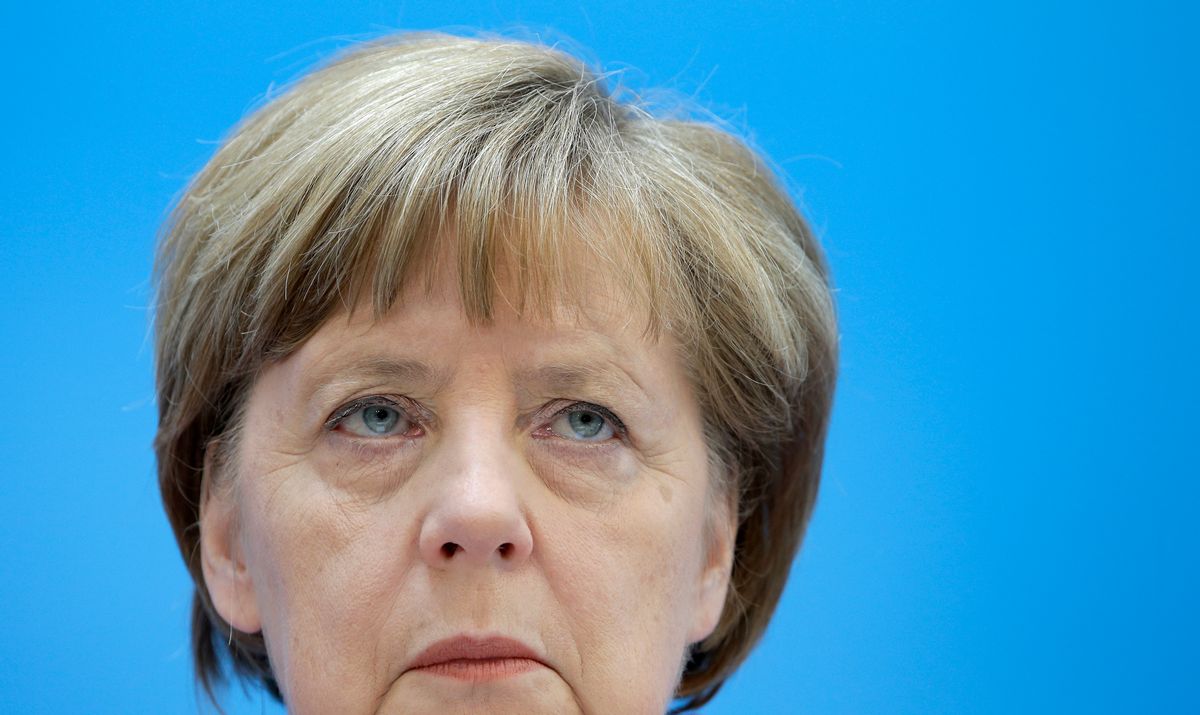 German Chancellor Angela Merkel attends a press conference in Berlin, Germany, Monday, May 11, 2015, the day after the state election in the German state of Bremen. Germany's main center-left party won the election in the country's smallest state, Bremen, and is expected to prolong its decades-long dominance there despite losing significant support. (AP Photo/Michael Sohn) (Michael Sohn)
--

Switzerland is a great country, if you like mountains, lakes, secret bank accounts, especially at 2,100 meters altitude, with a view of Monte Rosa and the Matterhorn, which I once climbed as a college kid—ages ago in 1948. As it happens, as I write, it is the 150th anniversary in Zermatt of the day when Edward Whymper allegedly cut the rope on his Swiss Sherpa.

Nowadays, the Swiss are so well organized, so industrious, so friendly, so neutral, so well off, and so goddamn neat!

For example: just yesterday, I was taking Léon, my beautiful white shepherd dog, who is almost as old as I am, for his daily outing. The Helvetican Confederation provides its visitors with special poop bags located every 200 yards or so on streets and in parks. Léon is a Pyrenean Shepherd, so he feels fine at high altitudes, and contributes plenty to the environment as far as pooping is concerned. As he was sitting down for the third time in very high grass, a young German blonde happened to walk by, and spoke to me very sharply and disagreeably: “Ja, was machen Sie denn da? Vhy don’t you bick it op? Unverschamt! Schamlos!” Of course, I pretended not to understand her language, so eventually she walked on, shaking her head, obviously very angry.

It gave me something to think about. Why do Germans, I wondered, often feel so self-righteous, so virtuous? Why do they love so much playing policeman to the rest of the world, and telling other people what to do? On the other hand, why are blonde and blue-eyed “Aryan” females so attractive to half-witted, half-Jews like me? Well, never mind about that …

Why do so many Germans feel they work much harder than the Greeks, that they deserve every penny they earn at the sweat of their brow, and that the Greeks and other Mediterranean folks are just good enough to wait on them or make their beds when they are on vacation? Haven’t they learned anything in school? Haven’t they been taught that their famous Wirtschaftswunder was built almost entirely on the Marshall Plan and American postwar generosity toward a vanquished people, which chose to forget most of the German debt? God knows that those hardworking folks didn’t rebuild the ruins of World War II all by themselves.

There’s another chapter in contemporary history that well-meaning young Germans might do well to remember, the regime of the Greek colonels, one of the most brutal and racist dictatorships in postwar Europe, largely brought to power by the United States, i.e., the CIA, with a good deal of help from Germany. In my friend Costa-Gavras’ wonderful movie Z, near the end, as one of the colonels is being dragged off to jail, a journalist asks: “Do you feel a little like Dreyfus, sir?” And the colonel shouts back: “But Dreyfus was guilty!”

But then, there’s a persistent rumor that a far more famous military man of the past century also thought that nearsighted little Jewish captain was guilty. Charles de Gaulle in London, in 1940, when he was waiting for Frenchmen to rally to his cause, he complained: “Here I am waiting for generals and admirals to cross the channel, and all I get is Jews!”

Great sense of humor, if you ask me, but who’s asking?

Let’s get back to the present crisis. If you push people into misery, if you hurt their pride and their dignity, if you take away their Lebensraum, surely they will turn to some sort of savior, some kind of Fuhrer to pull them out of trouble. Let’s not forget that Hitler was democratically elected not so very long ago.

Austerity, my foot! Weeks ago, when they still believed they controlled their destiny, Alexis Tsipras and his people were perfectly right to vote NEIN! A bas Frau Merkel, the Teutonic Margaret Thatcher! There’s not a very long way from her to the anti-poop lady I met in the hills. Granted that Onassis was very very rich, while Papandreous seems more than a little corrupt, not to speak of Caramanlis, and they probably have secret bank accounts with the gnomes in Zurich, but among arrogant right-wing German voters, self-regard, collective egotism, extreme nationalism, and a good deal of racism seem on the march once again. Achtung! Achtung! Niemand verlasst das Lokal.

The new Greek finance minister turns out to be an Oxford graduate, and a disciple of John Maynard Keynes. Fine! Maybe he can teach Angela Merkel something about real economics. Nobody, I’m afraid, can teach her Finance Minister Wolfgang Schäuble about anything.

This story was originally published in The Washington Spectator