Joshua Clover on his accidental hit Twitter tale #HowIQuitSpin: "I literally believed it would be the two of them reading it"

We talk to the poet about how his essay on an album review, a U2 concert, 9/11 and quitting his job came together 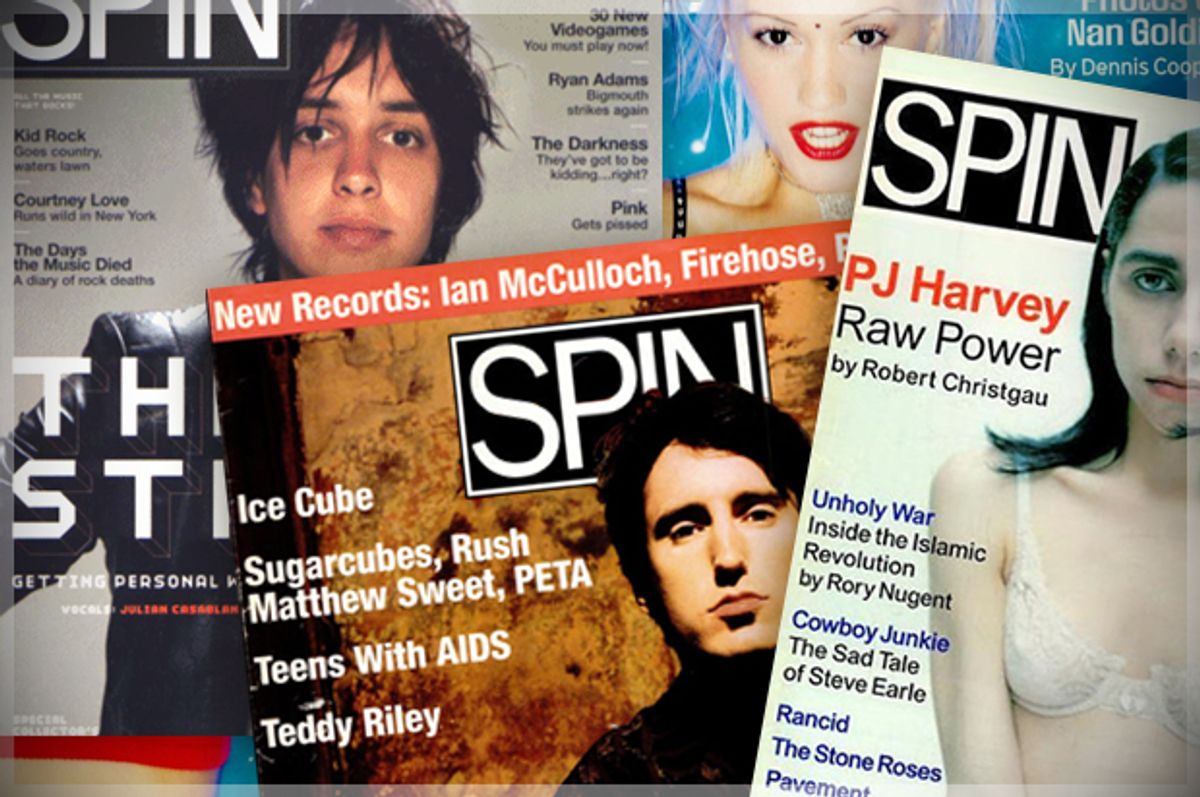 Joshua Clover has become the first poet in years to get widespread media attention for something besides passing away. His Twitter tale, "How I Quit Spin," has exploded on social media: The story, if that's what it is, chronicles his departure from the music magazine around the time of the Sept. 11 attacks in more than 200 tweets. It's rueful, bitterly funny, introspective and all told in bites of 140 characters or less. Slate has called it "A Piece of Pop Culture Art."

Most of the time, Clover writes on poetry and teaches at the University of California at Davis. We spoke to him from his home in the Bay Area; the interview has been slightly edited and condensed.

When you wrote his, did you have any idea it would take off the way it did?

Not in the slightest.

How did it come about -- what happened?

Well, so I'm writing a book about riots, and I was sitting at my desk doing some editing work... I saw that a Twitter acquaintance of mine was at a U2  concert in New York, and he was bored and regretted it. I tweeted back saying I'd like to say I'd never had the same experience, but I had... I said it was a very complicated story, but one of the better stories of my life. He encouraged me to tell it. I explained that it would take too long.

At that point, an old friend of ours, Sasha Frere-Jones, was online and said, "It's a good story -- tell it! Tell it!" So, I decided I would, with no sense of how it would work, or direction, or anything.... I literally believed it would be the two of them reading it, and that would be it.

There are all kinds of ways of telling a story -- if we look at the history of literature, we see lots of forms over the centuries. Why did Twitter seem like the right way to tell this one?

To be honest, it didn't. There was never a moment where I thought: this would be a good story for Twitter. It was the way I had to communicate with someone trapped at a concert. That's the magic of the medium, isn't it -- that someone can be trapped, but amused or diverted by someone narrating a series of events from 3,000 miles away.

But once I started writing -- and I'm not a narrative writer at all, I write about poetry so I have no experience of making narrative — I got a sense of it as I went along. It was a bit improvised and a bit intuitive.

Maybe you're as confused as the rest of us. But this has exploded online -- any idea why so many people are interested? What stirred people up?

I can make some guesses. People like memoir... And there are still a few rock-crit people floating around. And some people who like narrative and like Twitter -- suddenly here are two things they like, together. These are all guesses, I have very little idea.

Typically in print there's a sense of shape -- what come first, what comes next, what concludes it -- that's important to a poem, a story, whatever. An assessing and structuring. Here you were just barreling straight through -- making it up as you went along?

There are a couple moments where I had to reach backward in time. There's a moment about halfway through where I had to say, "Okay, let me tell you how I started at Spin."

About a day and a half later, I realized, "Maybe I ought to think about what I'm doing?" I realized that everything I know about narrative comes from a bunch of famous people who wrote books about literature, which turned out to mean the 19th century novel... Jameson, Lukacs, Moretti, all important to me. "Dear reader," the serialization of it... I had this unformed collection of clichés about the 19th century novel, and they did a lot of the construction work for me.

You're a poet, you're interested in the New York School... Is there anything in here that seems to echo American poetry, whether the Beats or the line of John Ashbery, who's known for lyrical, disconnected phrases?

Well, a lot of this is about walking around Manhattan -- and that's half of the New York School right there. Certainly Frank O'Hara would be one example. Formally I was not drawing on my sense of how poetry works. But what makes poetry interesting formally is the tension between the sentence and the line -- those two things are always pushing against each other. Twitter has some of that too. It's not designed for narrative, it's not designed for the paragraph. There's a tension between making the phrase and trying to have it be part of  larger narrative.

I won't ask you about Spin magazine, the demise of print, and on, because you said you weren't interested in talking about it. Why not?

I'm interested in all those things, but why the hell would I want to talk to a media outlet about another media outlet?

You've become one of the breakout successes of the Twitter tale -- do you think you'll do this again, or are you done with it?

Well, I'm in the middle of writing a book, and I have a deadline and an editor. This Twitter tale was more than anything else a form of procrastination from this terrible deadline I have hanging over me. I could find myself in that situation again, but it would certainly not have the sense of discovery.

I remember speaking to Liz Phair, when I was a music journalist, about "Exile in Guyville"... And she said, "Yeah, I'll never make a first album again, it's like inventing flowers." I realized it was one of the most lovely thing a pop star had ever said to me.

There are many kinds of flowers. But I know what she means. It was exciting. I was solving a problem I'd never had to solve before -- minute by minute.