Rachel Maddow: Donald Trump's campaign -- stunt or not -- is "a gift from God" 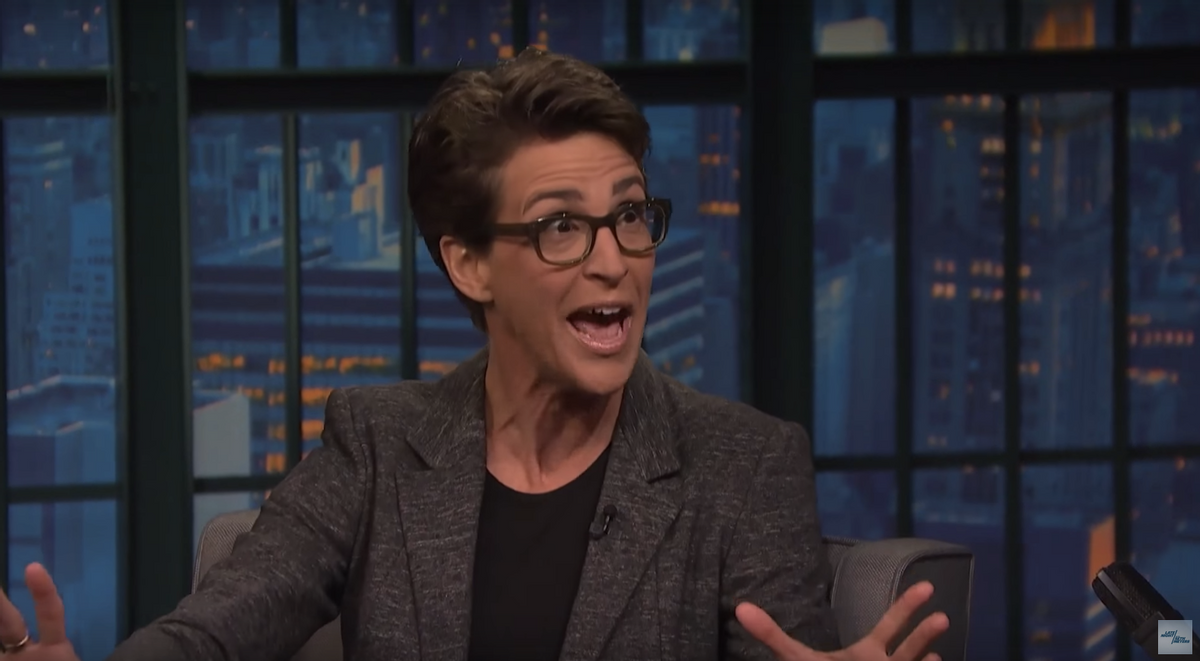 In addition to schooling Rick Santorum on the Constitution Wednesday night, Maddow made an appearance on "Late Night" in which she addressed what it's been like covering GOP frontrunner Donald Trump in the news these days. His campaign, "stunt or not," Maddow said, has been a "gift from God."

The MSNBC host told Seth Meyers that, in the past -- with Donald "flirting with the idea of running" -- it's been easy to just brush off Trump news as non-news, but now? Not so easy. "Republicans really like him!" she added.

Maddow went on to explain that Trump's "celeb factor" has gotten so out of hand that, John Kasich -- who has served as Governor of Ohio since 2011 -- isn't even going to be invited to the first debate (in Ohio!) in order to make room for Trump. The debate is capped at 10 candidates.

"All the other candidates can only get press and attention when they're talking about Donald Trump, responding to Donald Trump, or picking a fight with Donald Trump, too, so if everything is going to be about him anyway -- well then, he's either going to be talked about or doing most of the talking."