"White People" probably won't change anyone's mind on race, identity and what it means to be white 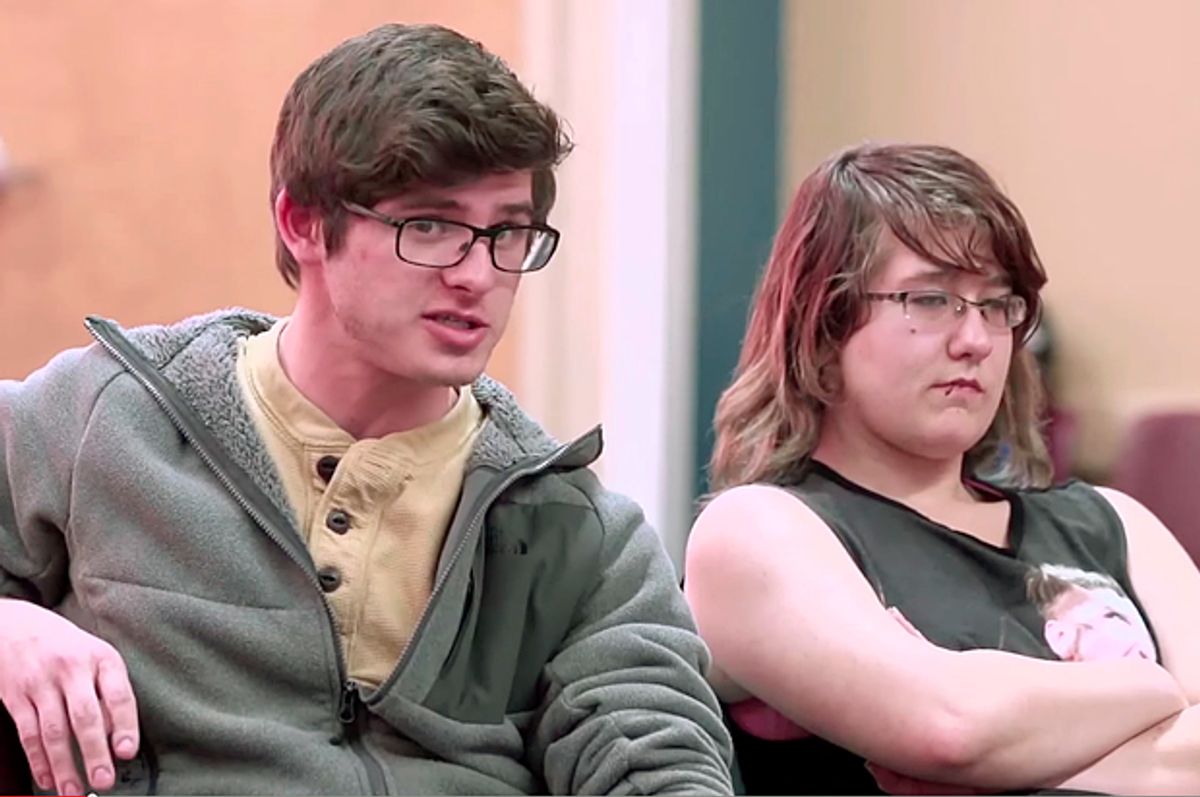 Last night, MTV premiered a documentary from its inhouse "Look Different" campaign and nonprofit Define American called, provocatively, “White People.” The film, just an hour long, is hosted by Jose Antonio Vargas, a Pulitzer Prize-winning journalist who is himself not white—he is Filipino-American, as he explains in the first few minutes. His mission with “White People” is to understand whiteness—and though many of his subjects laugh when he asks them about their white experience, the premise is entirely earnest. Vargas is an engaged, compassionate listener. He visits and holds workshops with students in Bellingham, Washington, Rapid City, South Dakota, and Winston-Salem, North Carolina; he discusses culture clash in Bensonhurst and college scholarships at Grand Canyon State University. And throughout he encourages his participants of all races to be as honest as possible; to not worry about giving offense, or sparing anyone’s feelings.

The participants may have felt comfortable to do that. “White People” itself does not, though. There’s something elegant about the MTV documentary’s restraint; in its focus on young people and on open conversation, it sketches out an idea of how race relations might progressively improve. But it is an ultimately very well-produced after-school special—important and honest, yes, but unlikely to meaningfully reach its target audience. Vargas is trying to draw out a strain of white resentment usually only voiced by anonymous commenters, right-wing ideologues, and mass murderers—that of the dominant racial identity in America losing its privilege, and therefore, in some ways, its identity.

But while it can, at times, bring out moments of authentic expression from white individuals who feel they are being marginalized or discriminated against, that resentment still largely stays underground. “White People” is neither an apologia nor a close examination of white privilege; it kind of hovers in the middle, willing to be critical, but only when everyone’s feelings are least likely to be hurt.

That requires a lot of emotional heavy lifting from Vargas, who sits through conversations that would erode the sanity of most other people of color. The arc of observing white privilege, through pointing it out, and ending in all parties accepting that privilege is a maddening one that takes incredible care and patience to execute. Most notable is the conversation he has with a woman named Katy, a gorgeously coiffed teenager who was accepted at Grand Canyon State University but could not secure the necessary funding from the institution. She tells Vargas that it’s because of her race: She’s white, but all of the scholarships the school offered were for people of color. Her mother tells Vargas she believes this is a new kind of racism, a “reverse discrimination”; and even Katy’s young friend (a woman of color) is moved to criticize this unfair distribution of educational funds.

To Vargas’ credit, he takes Katy’s concern very seriously—enough that he goes to GCSU and sits down with a representative from the university, bringing Katy’s concern to him. The admissions rep—a man of color—responds with that most damning of comebacks, a factual statistic. Not just many, but most scholarships go to white students. When Vargas meets Katy again, they are joined by a few other people of color—one of Katy’s friends, and a student or two Vargas has worked with. After a few minutes of comfortable chatting, he gently breaks it to her that her worldview, in this space, is entirely inaccurate. Then he, and the other students, have to all process the feelings of the white person in the room; Katy’s response is almost laughably rote, one that we have heard many times, in many forms: “I feel like you guys are attacking me right now.” Katy’s metaphoric hand is held for the next few minutes, as Vargas assures her that many other people feel the way she does, and that it’s just hard when you don’t get a thing you want, to accept that it’s your fault. They then all engage in a conversation about how the bursars of financial aid are fickle; how that fickleness is, indeed, an inherent quality of life; how it is easy to get angry, without knowing the whole story.

It’s the most successful encounter in the documentary; someone’s mind appears to have actually changed. And yet it feels like such a Pyrrhic victory. The roots of Katy’s assumption are not further excavated; her mother’s “reverse discrimination” is not revisited. Vargas and “White People” does well to pursue those lines of thinking—if only because those assumptions and rationales really exist, for a lot of people—but if there is a lesson here, it is that breaking the simple logic of white supremacy is an arduous process. If it takes this many people of color to change the mind of one teenage girl with fabulous hair, what will it take to make Donald Trump feel empathy?

“White People,” being an MTV product, is naturally skewed toward the concerns of young people—and that inherently means maintaining some optimism, as it focuses intensely on the future. This is not about excavating past hurts, whether those are genocide, enslavement or persecution; this is not, really, about the feelings of people of color at all. On one hand, that’s incredibly aggravating—must we center whiteness even in our narratives of racism?—but on the other hand, there’s some practical logic there. If the dominant culture is whiteness, then it is whiteness that needs to be deconstructed.

But “White People” is too little, too late; too short on time, energy, anger and expression. It would be more heartening if this were intended to be a series, or if the film were even a little longer. It would have some more room to be bolder. But perhaps the sad futility of the hour, despite its incredible good intentions and empathy, is not “White People’s" fault at all. Creating a new conversation about race in this world is a mission for not a documentary, but a life’s work; and not just one person, but everyone.