Don't feel guilty about not keeping up with new music: The bands you loved as a kid can still be your favorites 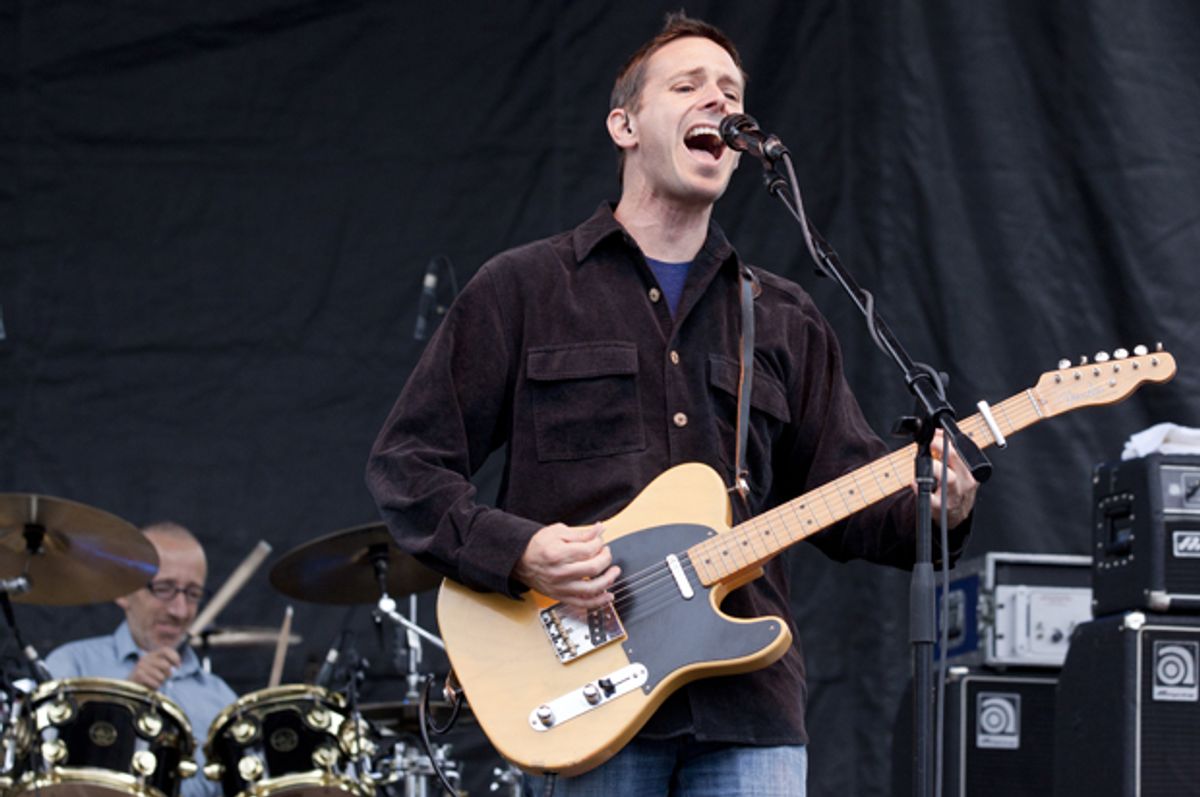 This year, my husband and I celebrated our wedding anniversary by making the pilgrimage to Ann Arbor, Michigan, to see Toad the Wet Sprocket. As a kid who grew up in the '90s (and as someone predisposed to loving sentimental songs with jangly guitars), the band was always a prominent part of my life's soundtrack. When I started discovering popular music in junior high, the mysterious, artsy videos for "All I Want" and "Walk On the Ocean" were all over MTV. Alternative radio played the heck out of "Something's Always Wrong" and "Good Intentions," while one of my favorite episodes of "My So-Called Life" used the turbulent "Fall Down" to represent the character Rayanne Graff's sobriety slip. Both 1994's "Dulcinea" and 1997's "Coil" were BMG Record Club purchases that followed me from late high school all the way through Toad the Wet Sprocket's breakup and on to my first adult full-time job; I still have distinct memories of listening to those albums in my office, high above a busy street in St. Louis.

While I was at that job, I met my husband, and one of the first shows I attended after we started circling around each other was a Toad the Wet Sprocket headlining gig, after they had reunited. (As he is an even bigger Toad fan, I bought him a sticker for his car as a wooing gesture.) In short, I'm exactly the type of fan vocalist Glen Phillips refers to in a recent interview, when asked about who's coming to see the band these days: "A lot of people who liked us way back when we mixed with some new generations, which is great to see. The good thing about Toad was we were never fashionable, so the only reason to be into us was because the songs affected you."

When thinking about my ongoing history with the band, I recalled the fascinating study on music listening habits that was being passed around a few months ago. The report, for which Ajay Kalia mined Spotify listening habits, user information and other algorithmic data, seemed to verify the long-held assertion that people tend to stop listening to popular music as they age. Naturally, the comments section was full of people who grumbled about the study's conclusions and assumptions. Their ire had a point: The article seemed to conflate "new" and "popular," as if the two were interchangeable, and drew conclusions based on data about the popularity rank of an artist, a measurement that logic (and streaming habits) dictates would include more current mainstream stars. These commenters noted they were still seeking out new music, despite ostensibly being past the cutoff birthday; this music just wasn't necessarily what was popular.

But even more of a lightning rod was another conclusion of the study, which was that "listeners are returning to the music that was popular when they were coming of age — but which has since phased out of popularity." Consequently, the article very quickly became a way for people to make value judgments about the quality of music then and now -- and, more specifically, perpetuate the idea that music was somehow "better" back then, whenever "then" was for a person. Of course, our nostalgia- and retro-crazed online culture constantly perpetuates the idea that the past is somehow better than the present. (See also: the popularity of #wbw and #tbt.) But wielding the study as proof that music of the past has greater merit is a rather large leap in logic.

First and foremost, these data points are only revealing what people are streaming, not why they're streaming a particular song. What if people are discovering different, more meaningful things in these old favorites? It's dangerous to assume that a person listening to a beloved teenage band is having the exact same reaction to the music they did back then. As an art form, music is a malleable thing; conversely, so is a person's relationship to music. What if this music has grown with them? That's happened with me and Toad: The older I get, the more meaning and subtleties I'm finding in these well-worn songs. As a teenager, I only abstractly grasped the emotions and feelings conveyed by songs such as "All I Want" and "Dam Would Break"; I only knew they gnawed at me in different ways than my other favorite songs did. With more life experience and critical analysis, I realize they're far more sophisticated treatises on fissures in a relationship (the former) and struggling with your own internal doubts (the latter).

What's interesting is that musical nostalgia trips seem to get more heated (or have more stigmas attached to them) than other forms of cultural backtracking. It's silly when you think about it: Revisiting a long-ago favorite album is akin to re-reading a favorite book or re-watching a beloved movie, two habits that aren't necessarily viewed with skepticism. After all, you'll rarely hear somebody say, "Stop reading that classic piece of literature -- you should be reading that new book instead." Perhaps because people have such a personal relationship to music, judgments about intent are more wounding. Or, like many things, defensive poses are rooted in fear: Right or wrong, facing down the possibility of calcifying interests feels like youthful curiosity is fading away, which is a frightening thing to admit. And more often than not, passion for music stems from the fact that as teenagers, we forged important, formative bonds with our favorite bands and artists. As a result, we're more protective of their legacies, and of our memories associated with them.

Yet romanticizing the past has its own perils, namely that it can color the response to new music made by established acts. As bands release more albums, they're also competing with their own previous body of work and fans' sentimental faves, a tough enough situation to be in. Throw in the fickle nature of cyclical styles and trends, and it's easy to see why once bands no longer have cultural saturation, it's perceived that their classic (and worthy) era has ended. On some level, this impression dogs Toad the Wet Sprocket: Although the band is a consistent touring draw, and their songs certainly still receive radio airplay, to many people they're (unfairly) just considered another cog in the '90s revival machine. Nothing could be further from the truth, however. In 2013, the band Kickstarted a fantastic new record, "New Constellation," which (like all of their albums) is a collection full of lovely meditations about navigating the shadier, more uncertain corners of life and striving to beat back the ever-looming emotional darkness.

Certainly I'll be the first to admit I'm absolutely guilty of going back to familiar older songs, simply because they are a form of comfort food and a refuge from the option paralysis brought on by streaming's endless choices. But slowing down and building a richer, deeper relationship with a band's music has its own rewards. On Sunday in Ann Arbor, the last song of Toad the Wet Sprocket's lovely set was "Walk On the Ocean," which I've heard hundreds of times over the years. To my moody young ears, the deep-seated longing and wrenching loss hinted at in the song resonated deeply with me, even if I didn't understand exactly what this melancholy meant.

But as I listened to the band perform "Walk On the Ocean" now (and simultaneously recalled the times I heard Phillips perform it acoustically earlier this year), the song's premise turned heartbreaking. To my older ears, the song so acutely described one of those fleeting relationships that burns fiercely with promises that both sides know are empty but well-meaning: "We said we'd send letters and all those little things/And they knew we were lying, but they smiled just the same/It seemed they'd already forgotten we'd came."

What really suckerpunched me more was the song's ending, which thrusts the narrator into an unaccepting, unstable environment; what keeps them going is this sweet experience near the ocean: "We don't even have pictures/Just memories to hold/That grow sweeter each season/As we slowly grow old." The idea of someone grasping onto these snapshots of a perfect time, as if they were a talisman of tranquility in a chaotic atmosphere, stunned me with its poignancy. In my own life, I have these cherished moments that surface, and the older I get, the more sentimental I am about them. Suddenly, I understood that the emotional fragility and ephemeral happiness of "Walk On the Ocean" had collided to produce something solid, strong and enduring.