The group said it was the party-goers' fault their trucks were forced to park, en masse, right next to the party 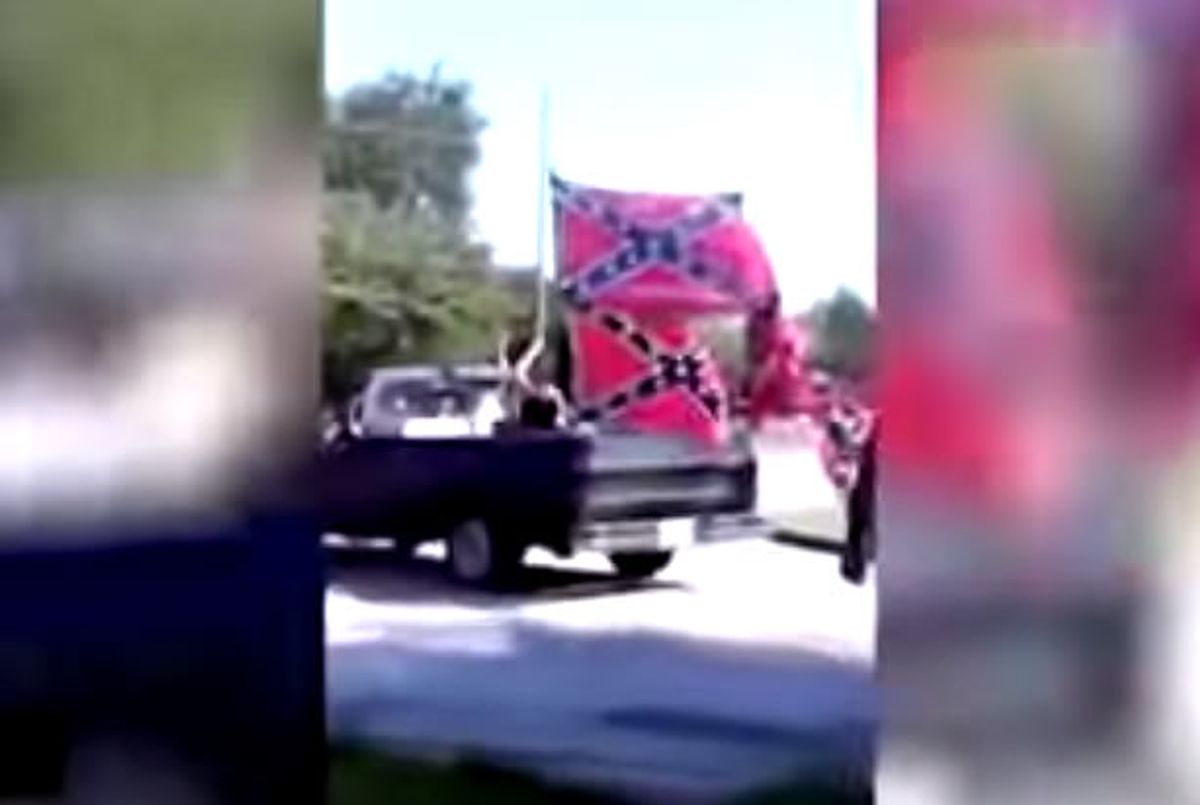 Reports differ as to how the group "Protect the Flag" ended up camped out next to the child's birthday party, according to police. Levi Bush, one of the men in the trucks, told police that his group was just innocently driving by when some of attendees at the birthday party began to yell at them and bombard them with rocks. Bush said he ran over a median trying to dodge a projectile and earned a flat tire for his effort.

The other trucks pulled over to "support" their fallen comrade, at which point, Bush said, people from the birthday party approached them. "Basically, about eight of us had to hold 15 to 20 of them back," a process which he confessed required the repeated use of a particularly charged racial slur.

Or, as one of the party attendees told police, members of "Protect the Flag" were yelling that they will "kill y'all n*ggers!"

Melissa Alford told the Atlanta Journal-Constitution that "one had a gun, saying he was gonna kill the n*ggers," and another said "give me the gun, I'll shoot them n*ggers." Fortunately, someone at the party called 911 before the situation could truly escalate, and police quickly arrived and separated the factions.

In the cellphone video below, police can be seen holding back party attendees as the trucks drive away, presumably off to fulfill their mission to "drive around and sell flags." Alford said she has no problem with the flag itself, only with the behavior of the people mounting it on their trucks.

"I don’t have a problem if that’s their culture,” she said. “If they want to make a statement that these flags mean something to them, I’m OK with that. But you’ve got to do it right. You can’t go around just blatantly terrorizing people."

Watch video of police escorting the trucks below via YouTube.