Huckabee compared the president's nuclear deal to the Holocaust on Sunday. Stewart had no words 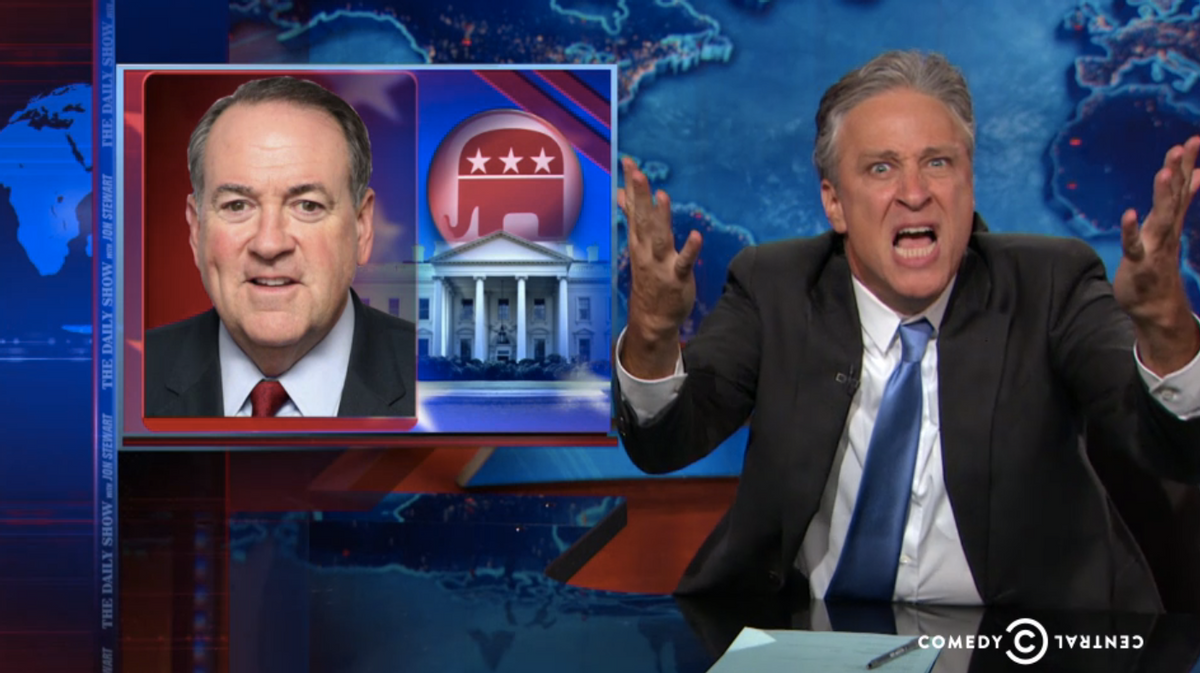 Interviewed by conservative news site Breitbart on Sunday, the GOP candidate and former Arkansas governor compared President Obama's Iran nuclear deal to the Holocaust, saying that it was "marching Israelis to the door of the oven."

Jewish organizations, including The National Jewish Democratic Council, blasted Huckabee for his ignorance following the interview.

When Stewart got around to addressing the interview on Monday's program, rather than going off on one of his famous expletive-filled tirades, he wordlessly responded to Huckabee's comments using a bunch of gestures and sounds. It proved to be just as effective.