Bush delivered stand-up comedy and a prime-time press conference in one week. Stewart coached us through them 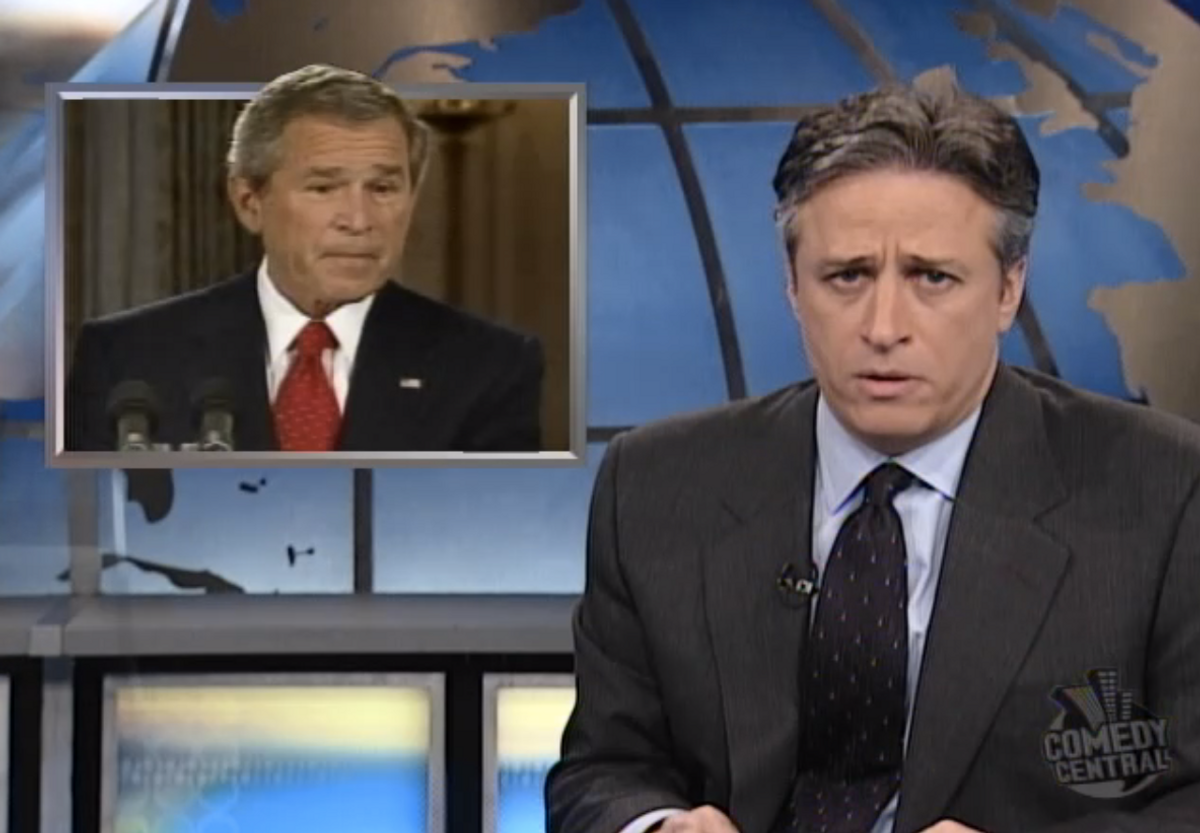 It's a wonder that Stewart had a writing staff back in 2005; with George W. Bush at the helm of the country, all the "Daily Show" host had to do was roll a clip of any of the Gaffe King's public appearances and let the jokes write themselves. In the segment "Look Who's Talking," Stewart examined the president's profoundly uncomfortable prime-time press conference, the fourth he'd done since the start the of his term as president. In it, Bush chose to address two major topics: energy and social security. He closed out the speech with history's most morbid mic drop.

On energy, Bush said that "American consumers had waited long enough" and playfully urged Congress to "get an energy bill to [his] desk" by that summer. On social security, Bush said ... something? Who knows. Stewart admitted that the president's convoluted explanation only became more convoluted as he attempted to "dumb it down."

"The system today is not fair. Especially if a spouse has died early," Bush said before turning his back to press and walking off stage.

That following weekend was "Daily Show" Christmas, otherwise known as the White House Correspondents' Dinner. The event has historically offered presidents the opportunity to show off their charm and humor. Stewart did some over-time with coverage of the event, showing clips of some of Bush's middle-of-the-road jokes. Laura, he admitted, was his saving grace, cutting off George with tales of her strip-club escapades and watching "Desperate Housewives." "Pretty funny," Stewart admitted begrudgingly.