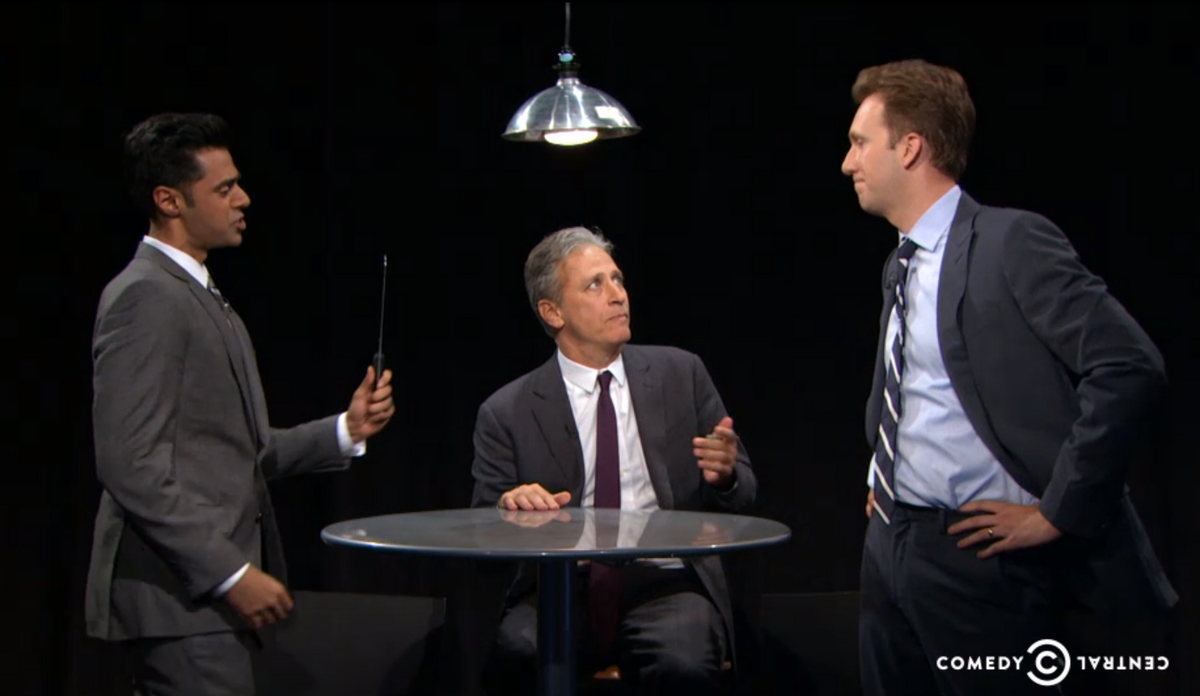 With the last episode of "The Daily Show" rapidly approaching, Jon Stewart has been carving out more and more time to answer questions from fans. Yesterday, "TDS" uploaded a reel of a pre-show audience Q&A which proved to be even more entertaining than Stewart's customary, expletive-filled segments. Tuesday night, Stewart invited correspondents Jordan Klepper and Hasan Minhaj onto the show to interrogate him with a new batch of personal questions. Most notably, Stewart was asked who he would "Fuck, Marry, Kill" with late-night hosts Stephen Colbert, Larry Wilmore and John Oliver as his options.

Watch the clip, courtesy of Comedy Central, to hear his answers: