"This is, without question, a murder": Prosecutor indicts "asinine" white cop in shooting death of unarmed black motorist 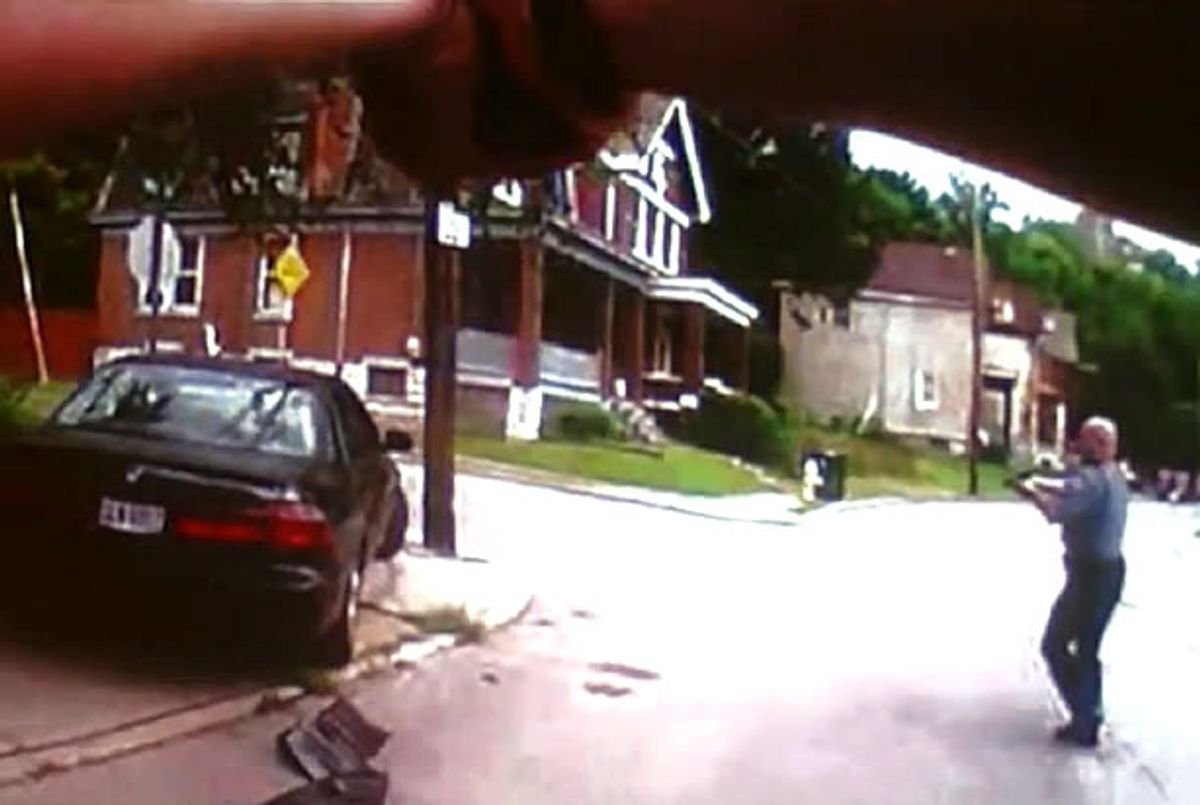 Tensing's attorney said the officer expected to be indicted because of the current lack of trust between citizens and police departments at the moment, but he needn't have blamed the current political climate for the indictment -- Tensing's own body camera directly contradicted what he told the 911 operator and other officers.

According to Tensing, he felt like he was going to die because Dubose threatened to run him over, and that he had been "dragged" by his vehicle, so he had no choice but to fire what he said was a single shot into Dubose's head.

The video shows Tensing badgering Dubose for his driver's license after having pulled him over for not having a front license plate on his car. After Dubose tells Tensing that he's "in the system, you can look me up," Tensing asks him to exit the vehicle, and that's exactly what Dubose appears to be doing when Tensing fires.

What happens next is difficult to discern, but Deters was unequivocal in his assessment of Tensing's story, which he called "nonsense," and the video -- "This is, without question, a murder. He didn’t do anything violent to the officer. He wasn’t 'dragging' him. [Tensing] intentionally pulled out his gun and shot him in the head."

"This is the most asinine act I've ever seen a police officer make," he added. "It's an absolute tragedy in 2015 that anyone would behave in this manner. It was senseless. He lost his temper because Mr. Dubose wouldn’t get out of his car quick enough. When you see this you won’t believe how quickly he pulls his gun. Maybe a second -- it’s incredible."

"This office has probably reviewed upwards of 100 police shootings," Deters said, "and this is the first time where we thought, 'This is without question a murder.'"

"He purposely killed [Dubose]," he explained, noting that Tensing "never should have been a police officer."

The University of Cincinnati had closed the campus, fearing protests would erupt if Tensing wasn't indicted or -- given that they were warned by prosecutors yesterday that the footage was "extremely bad" -- even if he was. However, there are no reports of civil unrest at this time.

Watch video of the incident via WLWT below.