What your date of birth says about you

Astrology may be pure bunk, but new research is shedding light on how our birthdays can impact our personalities 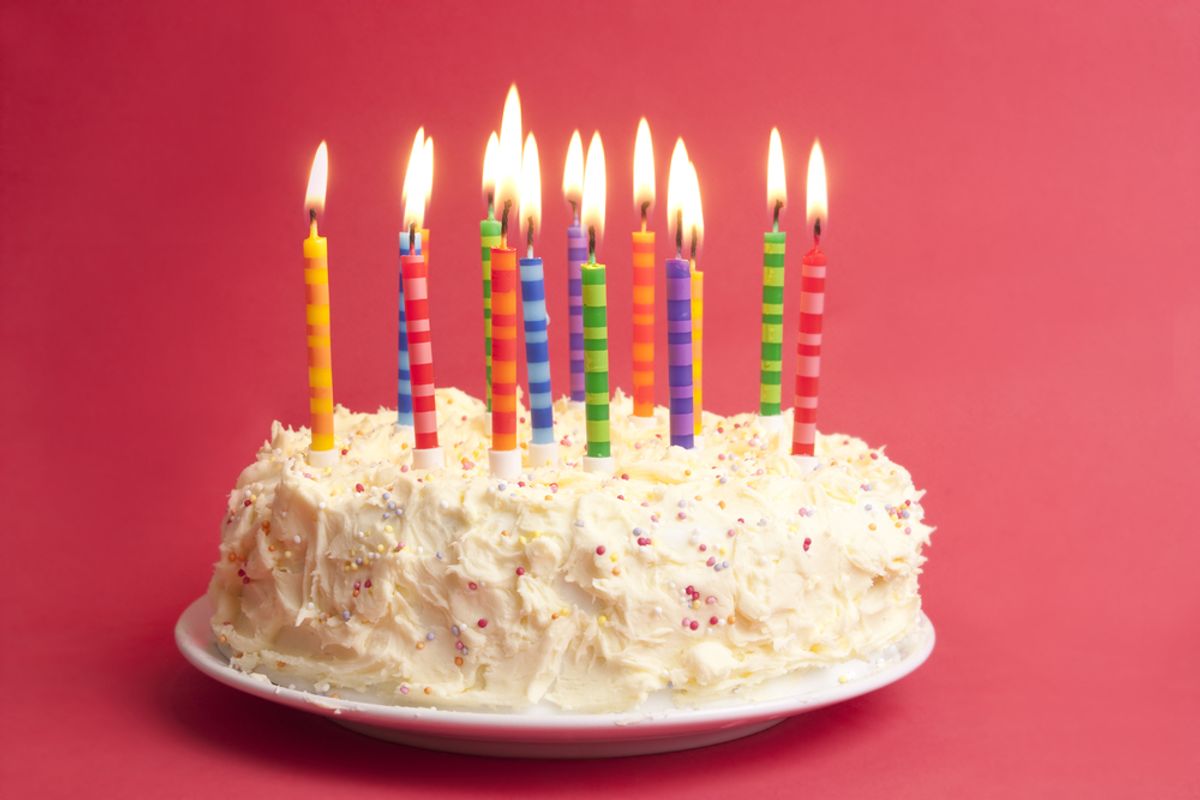 A search for the amount of money Americans spend annually on astrology turns up estimates ranging from several million to a couple hundred million dollars, depending on the source. Astrology is definitely popular, a deduction you could make just by looking at the number of newspapers and magazines with astrology columns. Back in the 1980s, Ronald and Nancy Reagan admitted they’d consulted an astrologer for advice on when to schedule certain events; more recently, a National Science Foundation study found that the number of Americans who say they believe astrology is “not at all” scientific is actually dwindling.

I personally think astrology is fun, and also completely useless, an opinion supported by numerous studies and social experiments. And yet — not that I’m a psychic or anything — I’m pretty sure astrology isn’t going anywhere anytime soon. Aside from the fact that there is a desperate human need to make sense of the frightening and utter chaos that is our universe, why does astrology persist? Maybe because, despite all its faux scientific underpinnings, there is some truth to the astrological idea that our birthdate has some link to certain aspects of our personality. This is not an endorsement of astrology but a shoutout to science, which has turned up more than a few examples of the way our birthdates might influence our natures. There’s still plenty of room for more research to firm up some of the findings on this list. And there are so many convoluted and intersecting explanations for who we are — nature, nurture, biology, sociology, culture, family, environment — so no one’s suggesting anything crazy here.

But science is discovering links between season of birth and personality, and the findings are pretty interesting. Here are six examples.

1. Schizophrenia and bipolar disorder are more common among people born in winter and early spring.

We’re still unraveling all the contributing factors to schizophrenia and bipolar disorder, and new discoveries are being made all the time. But one of the most interesting facts about people with either condition is that they’re more likely to be born in the winter or early spring months. A 2012 study by Queen Mary University in London examined the health records of more than 29 million people in England, 58,000 of whom had been diagnosed with schizophrenia. Researchers determined that January was the most common birth month, with February and March birthdays also overrepresented.

An earlier Finnish study corroborates this, determining that “[t]he birth rate of patients with schizophrenia during the winter and spring months is 5 percent to 8 percent higher worldwide than the birth rate of the general population in the winter and spring months.” (Interestingly, schizophrenia and bipolar disorder were least likely to present in people born in July, August and September.) Researchers aren’t sure why this is true, but suggest certain prenatal conditions might be the cause. “For example, maternal infections — a mother may be more likely to have the flu over the winter. Does this increase risk?”proposes Sreeram Ramagopalan, part of the team that completed the study. “Or diet. Depending on the season, certain foods —fruits, vegetables — are more or less available, and this may impact on the developing baby. Or another key candidate is vitamin D, which is related to sunshine exposure. During the winter, with a lack of sunshine, moms tend to be very deficient in vitamin D.”

2. Suicidality is more common among people born in the spring.

According to a study from University College London, St. Helen's College and the University of Liverpool, suicide is more common among those born in April, May and June. Researchers examined the data from almost 27,000 suicides between 1970 and 2001 in England and Wales. They found that “[o]verall, [there was] an increase of 17 percent in the risk of suicide” for people born in the spring and early summer compared with those whose birthdays fell in autumn and early winter. Sex was also an influencing issue, Phys.org noted. “Women are at even greater risk with those born during April, May and June accounting for 30 percent of suicides vs. men born during that period, who accounted for 14 percent of suicides.”

Obviously, there are numerous other issues that might affect a person’s decision to commit suicide, and researchers acknowledge their conclusions are just one piece of the puzzle. “Our findings might have implications for our understanding of the multifaceted [causes] of suicide,” they write, “and may eventually offer new strategies for research and prevention.” (One also wonders if you can extrapolate findings from a British study and apply them elsewhere, since culture likely plays some role in all of this.)

3. Dyslexia is more common among people born in the summertime.

In a study of 585 boys and young men who had dyslexia, which impacts learning and reading abilities, researchers found that being born in the summer makes one a more likely candidate for the disorder. (No girls were studied, partly because there were too few in the sample to make useful determinations and partly because of a now disproven belief that dyslexia is more common among males.)

Another 1994 study, cited by Alan A. Beaton in his book Dyslexia, Reading and the Brain, also found that “specifically more dyslexics were born during May, June and July than any other period.” As with other conditions on this list, seasonally linked prenatal factors are believed to be part of the problem. Richard Livingston, a psychiatrist and member of the research team behind the first study mentioned, said, “We think that exposure to the influenza or measles virus during mid-pregnancy is the most attractive hypothesis to explain the disproportionate summer births of dyslexics.”

4. People with birthdays from December to February rate lower for agreeableness.

The Big Five theory posits that there are five traits that make up personality: agreeableness, conscientiousness, extraversion, neuroticism and openness. The first on the list, agreeableness, is defined the way you might expect, with LiveScienceoutlining it as “the extent of a person's warmth and kindness. The more agreeable someone is, the more likely they are to be trusting, helpful and compassionate.” One thing they are not likely to be, however, is born in the winter. At least, that’s the finding of a study done by the University of Tokyo.

Researchers, citing the “[s]easonality of births in schizophrenia and other mental disorders [that] has been consistently observed,” decided to look into agreeability based on month of birth. They found, “[a] trend for lower agreeableness in subjects born during winter (December to February)” than those born during other times of the year. Again, this is a single study, and surely, cultural factors hold some sway.

5. Men born during the summer are less conscientious.

Here’s another study where the Big Five personality model makes an appearance. Conscientiousness, the trait mentioned in the previous entry, is defined by Wikipedia as “the personality trait of being thorough, careful, or vigilant.” According to a study by researchers at the University of Bologna, Italy, those are personality markers that men born during the summer have in less abundance than those born during other times during the year. The study, based on data collected from 419 men and women between 18 and 30, found that “males presented greater conscientiousness variation with summer born participants scoring lower.” Again, we’re dealing with a single study, so make what you will of the findings; the researchers themselves concede that “circadian preference” (that is, whether subjects were what might be called “morning people” or “night owls”) likely has an impact on individual results. One other interesting conclusion drawn by the study? “People born during autumn/winter have shown a more marked morning preference compared to those born during spring/summer, who are more evening types regardless of nationality.”

6. People born during the summer are moody.

Last year, at the annual European College of Neuropsychopharmacology conference, researchers from Hungary presented findings from a study on the effects of birth season on mood. Based on self-assessment questionnaires from 366 university students, researchers determined that “cyclothymic temperament” (which they define as “characterized by rapid, frequent swings between sad and cheerful moods”) was “significantly higher in those born in the summer, in comparison with those born in the winter.” (Maybe that explains the origins of the astrological theory about Geminis having two personalities.)

A few other key findings:

Xenia Gonda, an assistant professor from Semmelweis University in Budapest, said in a statement, “We can’t yet say anything about the mechanisms involved. What we are now looking at is to see if there are genetic markers which are related to season of birth and mood disorder.”