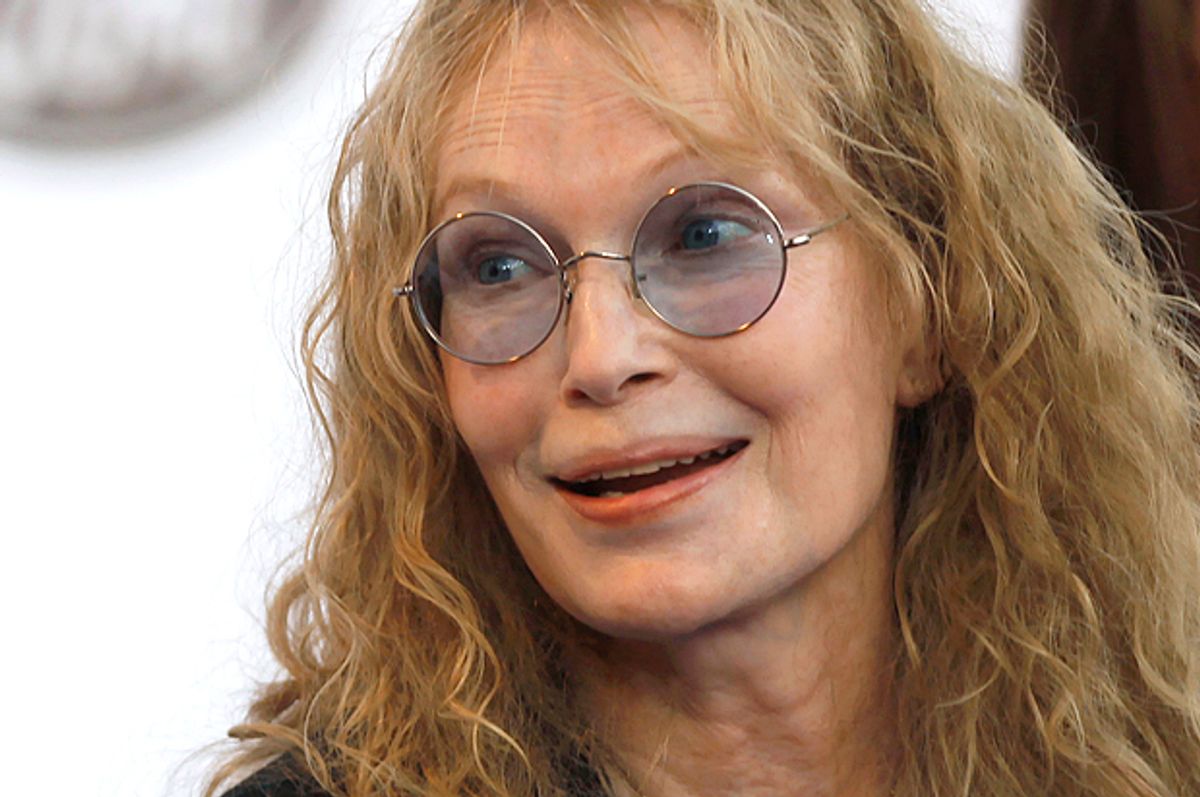 Twitter: It's an outrage, wrapped in a backlash, inside a misspelled death threat. The indignation is so deep, you may need a scorecard. At the current center: Mia Farrow. But wait an hour, that'll change.

First, to catch you up: Earlier this week the news broke that a Minnesota dentist named Walter Palmer paid around $50,000 to kill a lion in Zimbabwe — a lion named Cecil, who turned out to be a beloved national figure — in a "hunt" that involved luring the animal out of Hwange National Park. Cecil was shot with an arrow, wounded and finished off with a gun some forty hours later. And his six cubs now "will be killed by the new male lion in the pride, in order to encourage the lionesses to mate with him." Palmer's expensive act has provoked international disgust and an investigation into charges of poaching.

Because these things apparently need to be said every single time a story like this erupts — there's a right way and a wrong way to register your repulsion. On Tuesday, Jimmy Kimmel devoted time in his show to ask, "Is it that difficult for you to get an erection that you need to kill things?" and call the entire episode "just vomitous." Ricky Gervais observed, "It's not for food. It's not the shooting, or tin cans would do. It must just be the thrill of killing. Mental." These are both acceptable reactions to the needless slaughter of a magnificent creature.

You know what's not cool? Going directly after Palmer or his family. You know what's never cool? Anything that could lead to harassment and threats of violence and death. You kind of lose your moral high ground as the Person With the Most Compassion when you're behaving in a way that has the potential incite serious damage on your fellow humans.

Naturally, this is a concept lost of the bottom feeders of the Internet, who seem to spend their time trawling for excuses to tell strangers to die. The Yelp reviews of his practice in the past few days have been a mix of criticism of his behavior and straight up violent and disturbing threats. Is posting information about Palmer's daughter, on the grounds that "She should also be reminded constantly how pathetic and cowardly her father is" any kind of justice for Cecil? Does "I'm so looking forward to the day we hear about how you've been shot, skinned and beheaded for someone else's fun" sound like the words of a person who may be overreacting just a little?

Then there's Mia Farrow, who on Wednesday used her Twitter platform to post the Palmer's business address to her 656,000 followers. The post sparked instant shock, with commenters telling her, "Maybe Donald Trump should give out your phone number" and "How would you like it, @MiaFarrow, if someone gave out @RonanFarrow's address in hopes of causing him harm?"

The post has been deleted, and Farrow has not commented further about it. And it's true that Palmer's business address is easily obtainable by anyone who knows how to Google — evidenced by the makeshift memorial that's grown outside of his Bloomington office. But it has to understood and practiced that implied in the public dissemination of an address is a certain "Go get 'em" imperative. It's an abuse of one's power and reach. And Farrow should have known better and behaved more responsibly. But please, self-righteous Twitter vigilantes, just don't punish her for it.