"Notorious R.B.G" Ruth Bader Ginsburg has been reading up on Biggie Smalls 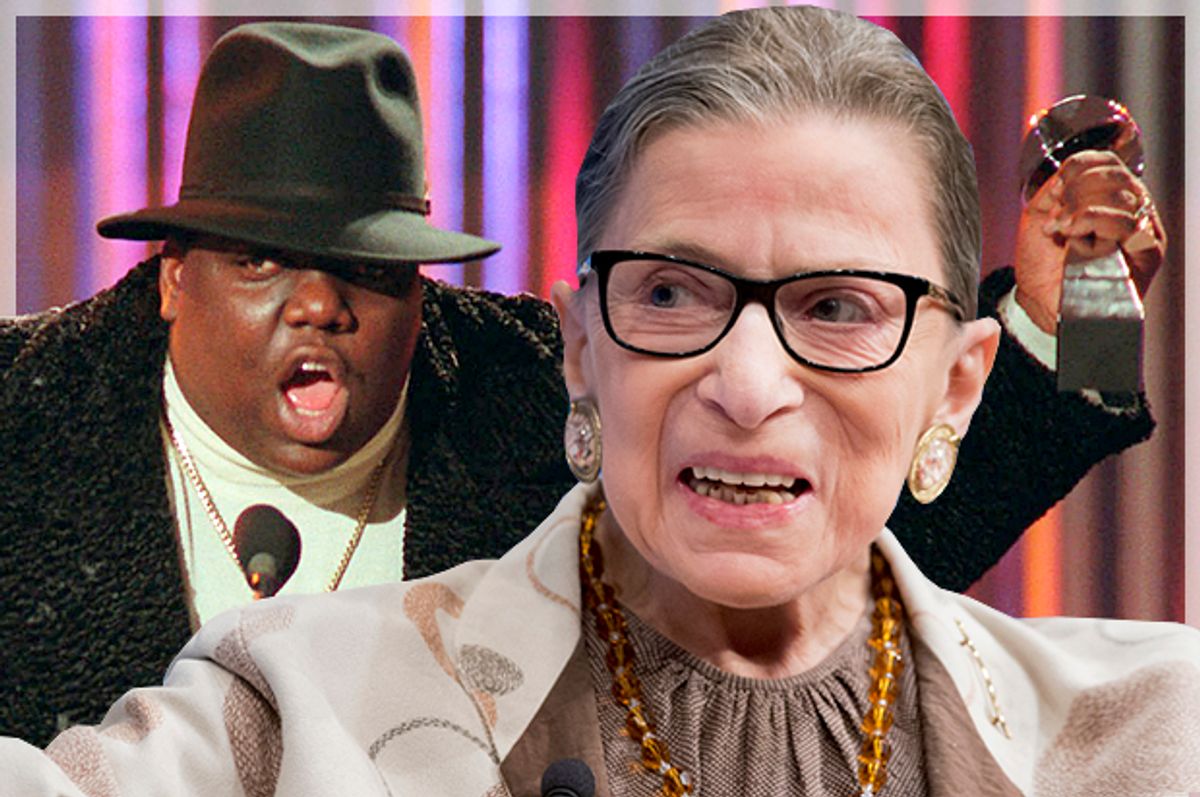 The internet worships Ruth Bader Ginsburg, going so far as to bestow the revered Supreme Court Justice with the affectionate sobriquet “Notorious R.B.G," along with a Tumblr of the same name to boot. (For any confused Supreme Court Justices that may be reading this post, that’s a homage to hip-hop icon Biggie Smalls, a.k.a. The Notorious B.I.G.”)

While Ginsburg herself originally missed the reference — as she told Katie Couric in an interview, ”I will admit I had to be told by my law clerks, what's this Notorious?” — it appears that Ginsburg has been studying up on her online namesake.

According to the New York Times, she told the audience at a Duke Law School event yesterday that she looked into Biggie’s background and discovered that they have more than a nickname in common, saying “both of us were born and raised in Brooklyn."

Has Ginsburg has also been sneaking copies of “Word Up!” magazine into her copy of "Rotunda and Nowak's Treatise on Constitutional Law" when her clerks aren’t looking? The people need to know!