Is the Trump "surge" a media creation? Partly. But some people really do like him! 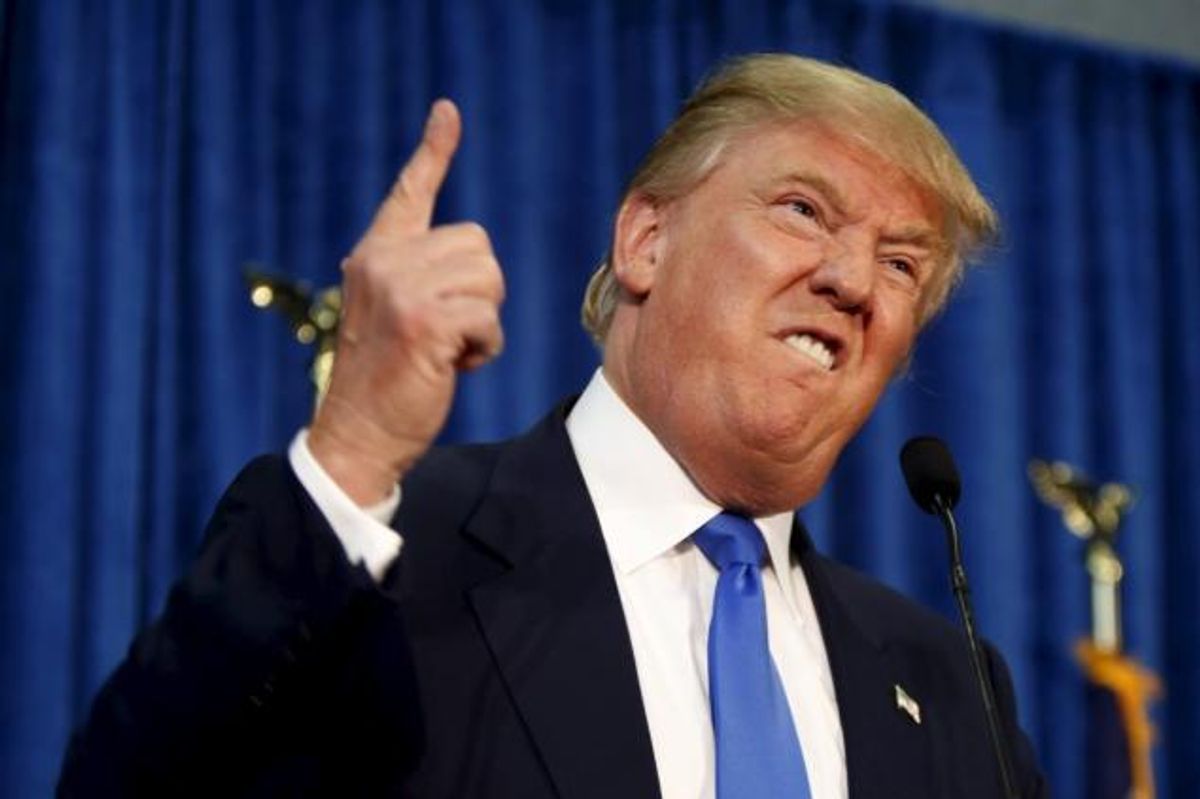 America's greatest buzzkills, political science bloggers, have a theory for why Donald Trump is surging to the top of horse-race polls nationally and in early states: because the media spends so much time covering him.

In a widely cited post from earlier this month, political science professor John Sides explained how "Trump is surging in the polls because the news media has consistently focused on him since he announced his candidacy on June 16." He continues:

Has this attention to Trump driven his poll numbers? Almost certainly. Think about it this way: voters don’t change their minds without new information. No one wakes up on June 17 and randomly decides on their own that Donald Trump should be the Republican nominee for president. People’s minds change because they are hearing information that they haven’t heard before.

In this case, people are being bombarded with news stories about Trump. When the news media suddenly focuses on a candidate that hasn’t previously received much coverage, Vavreck and I refer to this as the “discovery” phase of that candidate’s campaign. The resulting spike in news coverage then drives the poll numbers.

I do not know of many political scientists, pundits, or casual observers of electoral politics who expect Trump's numbers to stay as high as they are right now. What we're watching is roughly analogous to former House Speaker Newt Gingrich's surge in 2012: a bomb-thrower who "tells it like it is" may satisfy an itch, but if it goes on too long, his opponents have reams and volumes of opposition research to unleash. Right now the people who run Jeb Bush's $100 million super PAC are sitting over troves of negative information, discovered via a simple "donald trump" Google search, thinking to themselves, So... should we do this now? Or wait a little longer...??

But pinning all of Trump's ascent to blanket media coverage of his every word elides a critical follow-up: how far will the tide recede? If the media hivemind begins to turn its gaze elsewhere, will Trump fall proportionately, or will all the publicity he's getting now have some resonance for Trump? The simplest way to put this: Are there early supporters who actually buy Trump's schtick?

We weren't sure. And then we watched this.

Bloomberg Politics, in conjunction with Purple Strategies, conducted a New Hampshire focus group of "12 Republican and independent voters who are supportive of Donald Trump's presidential candidacy." None of them explain their support for Trump by saying, he's the fellow on teevee all the time, and since I am a simple person, this is why I choose to support him for president. Instead, here are some of the explanations New Hampshire's finest offer in support of their man:

• "He doesn't care what people think."

• "He's like one of us. He may be a millionaire, which separates him from everybody else, but besides the money issue, he's still in tune with what everybody is wanting."

• "He said he'll put a wall down on the southern border. When you talk about common sense, that's a common sense thing to do."

• "He's successful. I want to be a billionaire!"

And, in perhaps the best moment yet witnessed during Trump Summer, this brief exchange, eerily delivered without a hint of irony:

John Heilemann: Tell me what you think a Trump presidency would look like.

This is the point where I am falling on the floor, clawing at the carpet. It's a beautiful thing.

Trump has benefitted from media coverage. But if/when that recedes to something approaching a "normal" presidential candidate's coverage, he will retain a number of supporters who were convinced he's the right guy for the job during the summer wave.

Trump Trump Trump! Here is a new poll showing that Bernie Sanders would crush Trump in the general election.