Visitors to the Rio Olympics will literally swim in sewage 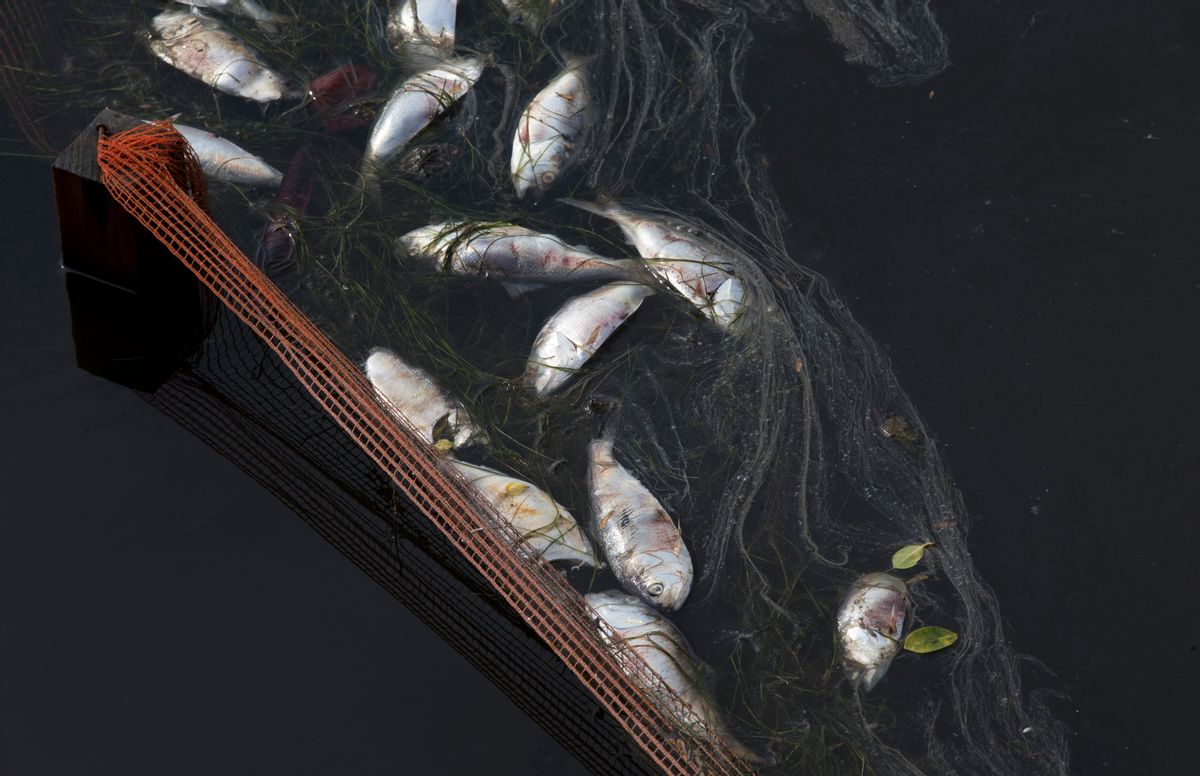 Rio Di Janeiro's haphazard preparations for the 2016 Summer Olympic Games took another blow today when the Associated Press revealed that the sites for the water events are literally full of poop.

The AP viral testing, which will continue in the coming year, found not one water venue safe for swimming or boating, according to global water experts.

Instead, the test results found high counts of active and infectious human adenoviruses, which multiply in the intestinal and respiratory tracts of people. These are viruses that are known to cause respiratory and digestive illnesses, including explosive diarrhea and vomiting, but can also lead to more serious heart, brain and other diseases.

The concentrations of the viruses in all tests were roughly equivalent to that seen in raw sewage — even at one of the least-polluted areas tested, the Copacabana Beach, where marathon and triathlon swimming will take place and where many of the expected 350,000 foreign tourists may take a dip.

The Rio Olympic bid touted the cleanup of its waterways as one of the lasting benefits of the Games, but only one of the eight promised sewage treatment plants has been completed. With almost exactly a year left until the opening ceremony, officials are walking back expectations pretty sharply. "There's not going to be time," says Rio's Governor Luiz Fernando Pezao, to finish cleaning the raw untreated disease-causing poop from the water that everyone will swim in. This at least puts fears about the fecal content of American beach sand in some perspective.

This is not the first time that the Olympics have been threatened with polluted waters. In 2008, the Chinese government had to mobilize civilians and the military to clear an algae bloom choking its sailing venues, the result of fertilizer run-off. The problems and costs of running the Games have turned more and more countries off the prospect. So many cities dropped out of the running for the 2022 Winter Games that only ones left are Beijing and Almaty, the capital of Kazakstan. Even construction-loving Tokyo, host of the 2020 Summer Games, is beginning to struggle, recently canceling its bizarre Olympic stadium after protests from architects and citizens and after projected costs surged to $2 billion. This would have made it the most expensive stadium in history. Having already torn down their old Olympic stadium to make way for the new one, Tokyo now has to begin again from scratch with only 5 years to go.

The citizens of Rio might be looking with envy at Boston, which this week wriggled out of its bid to host the 2024 Summer Olympic games. In an attempt to preempt concerns over costs its organizers had proposed a privately-funded Games, but it turns out that you can't hold a major international event in the middle of a major metropolis without incurring major costs to the taxpayer. Facing calls for transparency over rising cost estimates, the organizing committee and Boston's mayor instead decided to just drop it altogether. Rumor has it that the U.S. Olympic Committee will now prepare a 2024 bid from Los Angeles, which has run the Games twice before, both times going light on construction and turning a profit. Can they pull it off again? Do we even want them to? Continue the conversation in the comments below.