It's ridiculous to make a prequel series 15 years later—so let's embrace it, shall we? 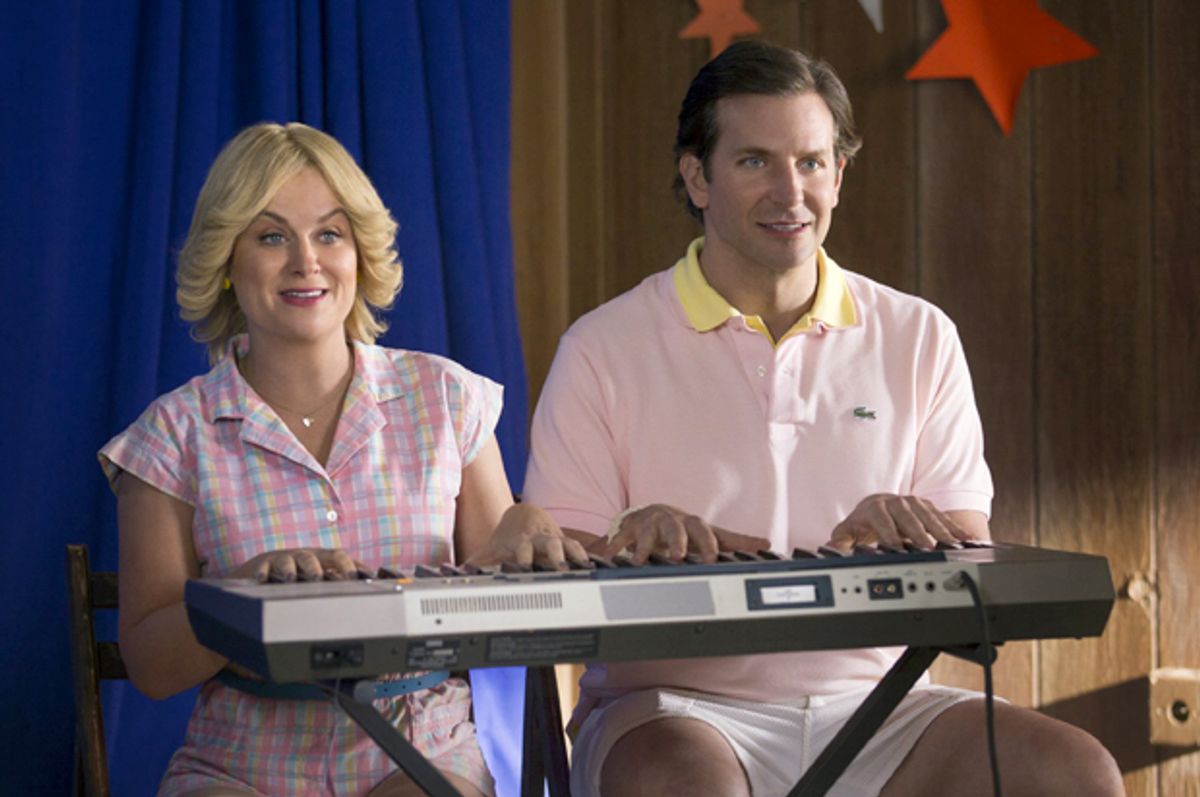 This is, in a nutshell, the humor of “Wet Hot American Summer: First Day Of Camp,” Netflix’s latest reboot of a beloved cult phenomenon that reunites a wide-reaching and incredibly talented cast. The seams are visible; the inconsistencies, obvious. But the show’s brand of humor delights in the absurd, the makeshift, and the overblown. “Wet Hot American Summer: First Day Of Camp” requires a lot of willing suspension of disbelief, but the show takes care to make that suspension itself into part of the show’s comedy.

Which means that unlike “Arrested Development,” Netflix’s first and biggest reboot attempt, “First Day Of Camp” is largely quite successful. “Arrested Development” was plagued by a format that had not quite yet been mastered—the season-long Netflix comedy—and a far-flung cast that the writers tried to fit into a coherent story. The result was a show that required some effort to appreciate; fans of the first three seasons couldn’t just drop into the fourth. “Wet Hot American Summer: First Day Of Camp,” as a tie-in to a surreally funny film that draws heavily on sketch comedy, is far better suited to the Netflix reboot machine. The eight episodes together make for just four hours of television, which is only a bit longer than a very long movie; the natural breaks of title sequences and credits serve to break up the gleefully disjointed adventures into bookended chapters. And because making a prequel series 15 years later with the same actors set on just one day is patently ridiculous, the style of humor that Showalter and his longtime collaborator David Wain bring to “Wet Hot American Summer: First Day Of Camp” is spot-on: It embraces that absurdity, and pushes it to every possible extreme.

Hollywood being a fantasyland where aging goes to die, it’s remarkable how many of the actors are indistinguishable from their former selves. Paul Rudd’s Andy is still, to use Katie’s famous pronouncement from the end of “Wet Hot American Summer,” like, cut from marble; she’s barely changed herself. Amy Poehler, under a fantastic wig, and Janeane Garofalo, with braids in her hair, seem virtually unchanged from Susie and Beth of years past. Michael Ian Black and Bradley Cooper somehow still manage to channel teenage love with McKinley and Ben. Ken Marino’s Victor Kulak is worryingly identical to his past self.

For fans of the original, there’s a lot of joy here; even the talking can of vegetables returns to get a backstory. Part of the joy of “Wet Hot American Summer” is that the film captured both the magic of camp and the silliness of it; every day at camp feels like a week in real life, and the series doubles down on that. But it’s not just a companion piece to the film. “Wet Hot American Summer: First Day Of Camp” aims big and messy; it throws its talented cast into invented scenarios and lets them improv their way out. Which means there’s a government spy plot, a camp musical called “Electro City,” an undercover journalist’s investigation, and several deaths, just in the first episode sent to critics. The series also appears to feature every working comic in Hollywood, and maybe a few that aren’t working, either; in addition to the incredible regular cast, newcomers Jon Hamm, Josh Charles, John Slattery, Michaela Watkins, Randall Park, Jason Schwartzman, Kristen Wiig, and Lake Bell join the returning cast members (which are too numerous to count, but everyone’s back, including Christopher Meloni and David Hyde Pierce).

The bigger question is whether or not viewers who haven’t seen “Wet Hot American Summer” will get anything out of the prequel series. Both film and series take a little bit of getting used to; in my first viewing of the film, it wasn’t until Garofalo’s Beth called for “David Ben-Gurion” to report to her after lunch that I caught on to just how loopy this film intended to be. With the series, it took me an episode or two to recall the particular magic of “Wet Hot American Summer.” But then again, that’s the beauty of Netflix: It was very simple to just watch the film first, and then partake of the new episodes. And then watch the film again—because once you’ve seen how the first day of camp unfolds, you’ve got to see how it ends.