Chris Hayes gets to the heart of the Samuel DuBose case: "Do cops cover up for other cops?" 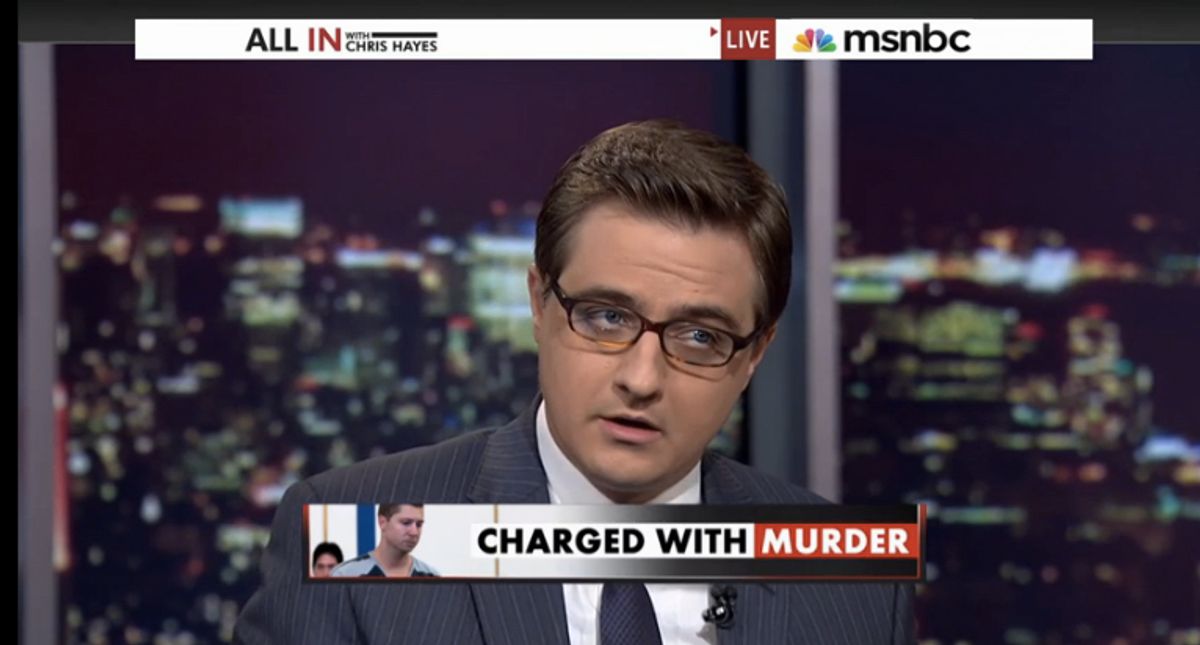 "Do cops cover up for other cops?"

Chris Hayes posed this question to Steve Osborne, a 20-year veteran of the NYPD, on last night's edition of MSNBC's "All In with Chris Hayes," during a discussion of the police killing of Samuel DuBose, the 43-year-old black man shot in the head by a University of Cincinnati police officer during a routine traffic stop earlier this month.

Hayes questioned the actions of two other University of Cincinnati police officers, Philip Kidd and David Lindensmith, who were at the scene and have since been put on paid administrative leave after police body cameras showed that the police officer who shot DuBose, Ray Tensing, had not been dragged by DuBose's car before the shooting as he had initial claimed. At least one of the other two officers corroborated Tensing's account of events before the release of the body camera footage. Tensing has since been charged with murder.

Noting that "prosecutions in these cases happen so rarely, just as sort of a statistical matter," Hayes wondered if there even is a real "threat of jail" for police officers who engage in either shootings of unarmed people or for the officer who deliberately attempt to mislead the investigation.

And in what he called the "heart of the matter," Hayes questioned why so often in incidents of fatal police shootings,"it seems that the fear of -- for one's life can always be possible, right."

Watch Hayes' conversation with Phillip Atiba Goff, president of the Center for Policing Equity, and Steve Osborne, 20-year veteran of the NYPD: