Rachel Maddow demystifies Donald Trump's bizarre appeal: "They know he is going to lose and they don't care"

Forget electability. GOP primary voters are looking for a candidate they agree with, MSNBC host explains 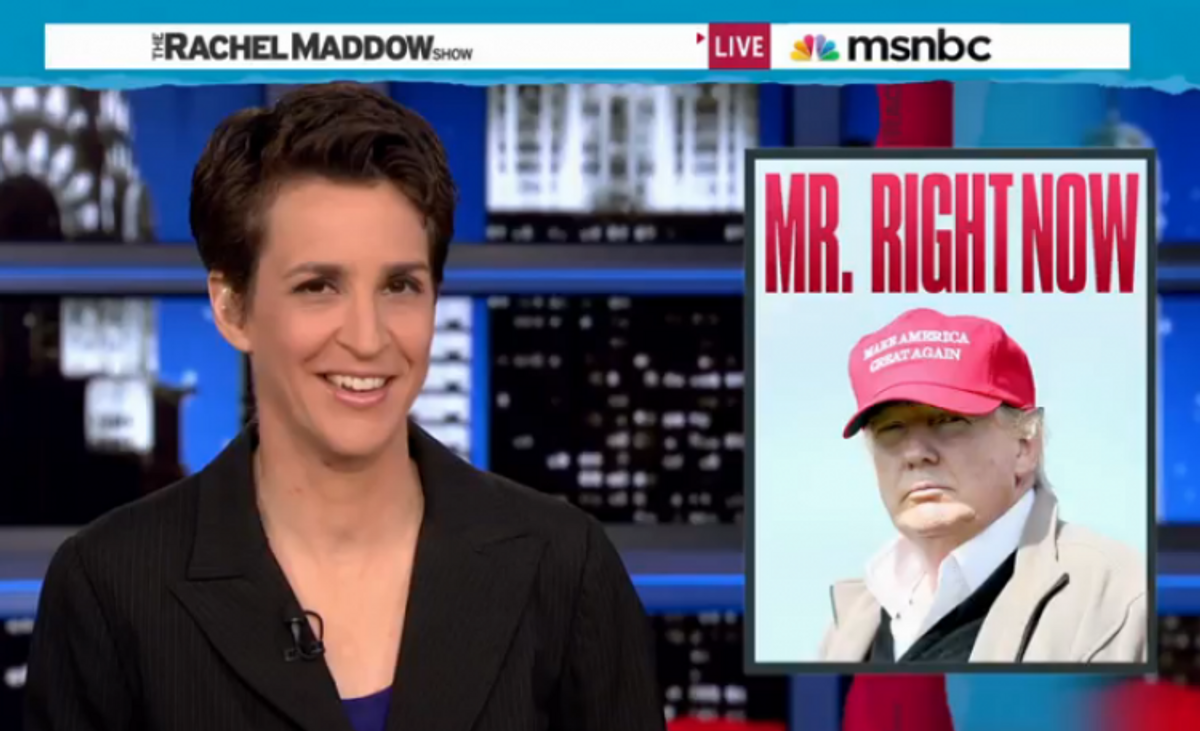 Rachel Maddow explained the seemingly inexplicable, the rise of Donald Trump, on the Thursday night edition of her MSNBC show.

"Classy" and "exciting" are just some of the words a group of Republican voters in New Hampshire used to describe Trump during a new focus group that provided jaw-dropping insight into the minds of Trump voters and started to explain Trump's dominating status as the Republican frontrunner.

But within a recent poll showing Trump clearly ahead of the GOP pack, beating closest competitor Jeb Bush by a comfortable seven percentage points, there is evidence that Trump would be a general election disaster. The poll shows Democratic candidate Sen. Bernie Sanders beating Trump by five percentage points and frontrunner Hillary Clinton beating him by 12 percentage points.

Pointing out that 67 percent of Republican primary voters in the early voting states of Iowa and New Hampshire prefer a presidential candidate whose position they agree with rather than the candidate they think has the best chance of winning, Maddow noted that Republicans, by a 2-to-1 margin, favor principle over politically gain.

"They know he is going to lose and they don't care. They love this guy," Maddow explained:

He's the only top tier who loses by double digits not only to Hillary Clinton, but also to Bernie Sanders. Republican voters want him anyway. And that ends up not being an interesting thing about Donald Trump. It's an interesting thing about Republican voters. They keep picking him, and they know he would lose, but they like him anyway. They know he`s going to lose, but they don't care. They love this guy.

So, all this beltway analysis that says that Donald Trump's star is going to fall, because all of the ways in which he is not electable, right, there`s the reason all that punditry, and all that beltway common wisdom keeps getting proven wrong with each new passing day and each new poll showing Donald Trump on top, because Republican voters do not give a flying comb over about who is electable. They just want somebody to fall in love with, and they have fallen in love with him.

They know he's not electable, they do not care.

Watch Maddow break down the logic of the Trump voter, courtesy of MSNBC: