Why Jon Stewart walked away: New behind-the-scenes details from the "Daily Show" abdication

Stewart's biographer has more new information about what led to his retirement, and how Trevor Noah landed the gig 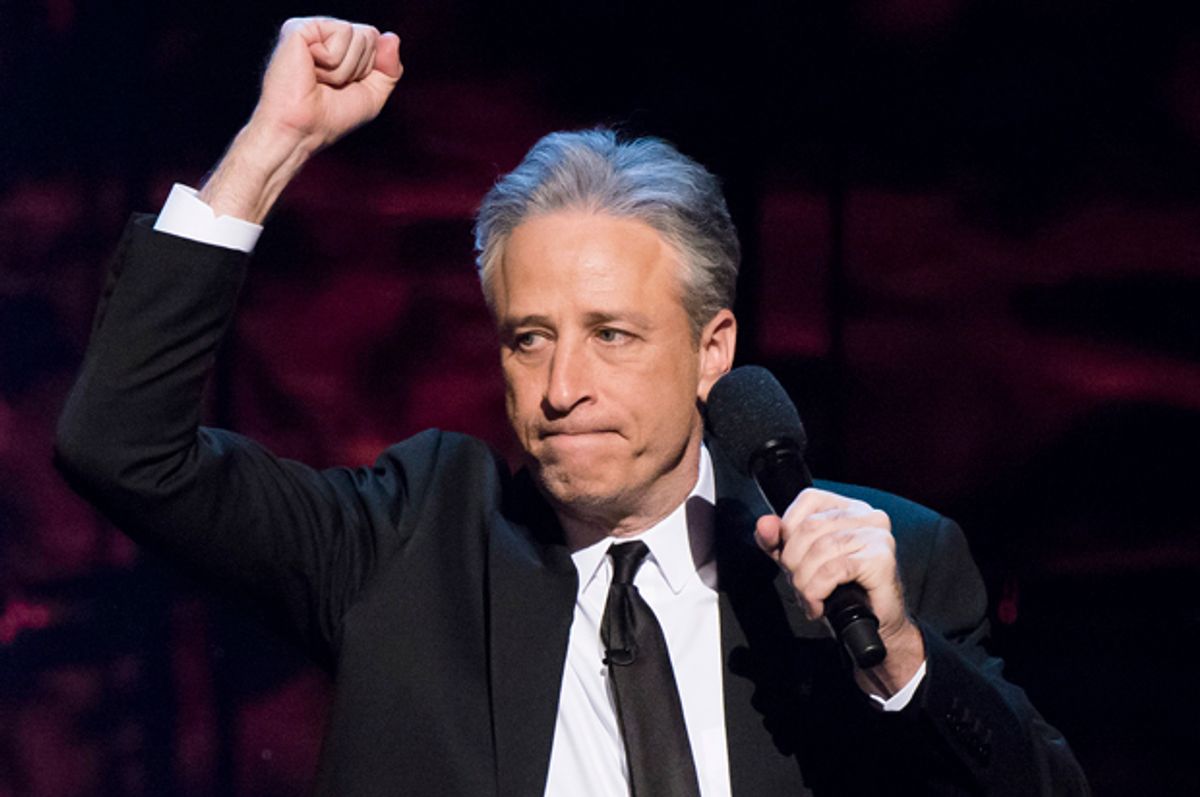 On the evening of February 10, 2015, Jon Stewart announced that he would be stepping down from The Daily Show by the end of the year.

“Seventeen years is the longest I have ever in my life held a job, by sixteen years and five months,” he told the audience as he choked up and occasionally blinked back tears. “In my heart, I know it is time for someone else to have that opportunity. This show doesn’t deserve an even slightly restless host, and neither do you.”

It’s clear that constantly shaking his fist at what he viewed as the inanity of the powers-that-be in both government and the media had taken its toll on his psyche, despite the obvious pleasure he took from making people laugh. “I’ve been doing this too long,” he admitted. “Honestly, it’s breaking me. I’m broken.

“I think I got to a certain point where I thought you shouldn’t stay somewhere just because you can,” he explained in more detail a few days later. “[Plus], I just needed more flexibility.”

The reaction—from both fans and media alike—was fast and furious, and took on a somewhat mournful tone, especially since the final episode of The Colbert Report had aired just weeks earlier. For years, viewers eagerly looked forward to hearing Stewart’s spin on the day’s headlines before they turned in for the night. Now, with both him and Colbert gone, late-night TV would never be the same.

Even celebrities admitted they weren’t looking forward to the void Stewart would leave. On Twitter, J. K. Rowling told her fans, “Jon Stewart is leaving @theDailyShow, one of my favorite TV programs ever. . . . That’s major news to get over your morning tea,” while actor Hugh Laurie tweeted, “Devastated that Jon Stewart is standing down. The thin comic line is breached and the barbarians are upon us.” Massachusetts senator Elizabeth Warren chimed in with, “Washington is rigged for the big guys, and no person has more consistently called them out for it than Jon Stewart. Good luck, Jon!”

Not surprisingly, some of Stewart’s frequent targets on the other side of the aisle—namely at Fox News—gave their thoughts as well. Bill O’Reilly, for one, pointed to the praise heaped upon Stewart in the wake of his announcement as proof that the nation’s top media pundits—save for himself, that is—skew toward a liberal viewpoint. “I think Jon Stewart is a tremendous talent and his talent should be admired, but that’s not what this is about,” said O’Reilly. “[It] proves that the national press and the commentators on television and media and print are overwhelmingly liberal.”

While some immediately speculated that The Daily Show would cease to exist after Stewart’s departure, the top brass at Comedy Central and Viacom quickly squelched that possibility; after all, as one of the channel’s few anchor programs, it’s a huge moneymaker that helps to fund newer shows and series.

“It’s not easy,” said Viacom president Doug Herzog, who was part of the team that originally green-lighted Stewart to replace Craig Kilborn back in 1999. “The shadow of Jon Stewart is going to loom large. What you have to get comfortable with is, it’s just not going to be Jon Stewart, and it’s going to be different. [But] The Daily Show is a format that’s built to last, and last it will.”

In the spring of 2015, Comedy Central and Stewart jointly announced his replacement in the anchor chair to be Trevor Noah, a biracial South African comic who was relatively unknown before he debuted on The Daily Show as a contributor only a few months earlier. Noah, who speaks six languages, was born under apartheid and his black mother spent several months in jail as a result of her relationship with his white father. Noah’s comedy often riffs on racial topics, including a couple of one-man shows he titled “Born a Crime” and “That’s Racist.” No doubt he’ll continue the theme when he hosts The Daily Show. “I’m thrilled for the show and for Trevor,” Stewart said. “He’s a tremendous comic and talent that we’ve loved working with.” Mr. Stewart added that he “may rejoin as a correspondent just to be a part of it!!!”

It’s likely that his own Busboy Productions company will continue to produce the show, though it’s unclear if Stewart will remain as executive producer of The Daily Show, if just in name only. Indeed, even before he announced that the end of his helm of The Daily Show was in sight, Stewart had already increased his behind-the-scenes workload by signing on as executive producer of The Nightly Show with Larry Wilmore, which debuted in The Colbert Report’s time slot after Colbert left in December of 2014. Wilmore had served as Senior Black Correspondent on The Daily Show since 2006,  and had showed  such staying power that Stewart thought Wilmore was a natural to follow in Colbert’s footsteps.

“Jon Stewart and I got together to talk about what we might do with the slot,” said Kent Alterman, president of content development and original programming at Comedy Central. “He had this idea for this show with Larry as the host, since his whole career has really built him toward that moment. Considering Jon’s track record when it comes to discovering talent, you’d have to be a real idiot to argue with him.”

“His basic idea was there were lots of underrepresented voices out there that deserve to be heard,” Wilmore added. “He envisioned it as a Daily Show/panel show, with me hosting it. I was surprised he had me in the middle of the bull’s-eye. My jaw just kinda dropped. I went, ‘OK . . . sure. That sounds great.’ ”

As for Stewart’s next moves, after taking a well-deserved break in order to reacquaint himself with his family, he has a tantalizing host of options to consider, including making more movies. Though he won more raspberries than accolades for his pre–Daily Show acting career, his directorial debut Rosewater was highly regarded by critics, and undoubtedly more than a few Hollywood studios are already dangling production deals before him. In fact, some argue that the success of Rosewater hastened his decision to leave behind the constant grind of making The Daily Show.

Many believe that Stewart’s natural next step would be to enter politics. But in addition to making his distaste for holding political office crystal clear, he has very clearly hinted that he aims to spend more of his time behind the camera instead of in front of it.

Excerpted from "ANGRY OPTIMIST" by Lisa Rogak. Copyright © 2014, 2015 by Lisa Rogak and reprinted by permission of Thomas Dunne Books, an imprint of St. Martin’s Press, LLC. All rights reserved.

Lisa Rogak is the author of "Angry Optimist: The Life and Times of Jon Stewart," a New York Times bestseller.