Conservatives are falling over each other to denounce Democrats as the party of death. There's only one problem... 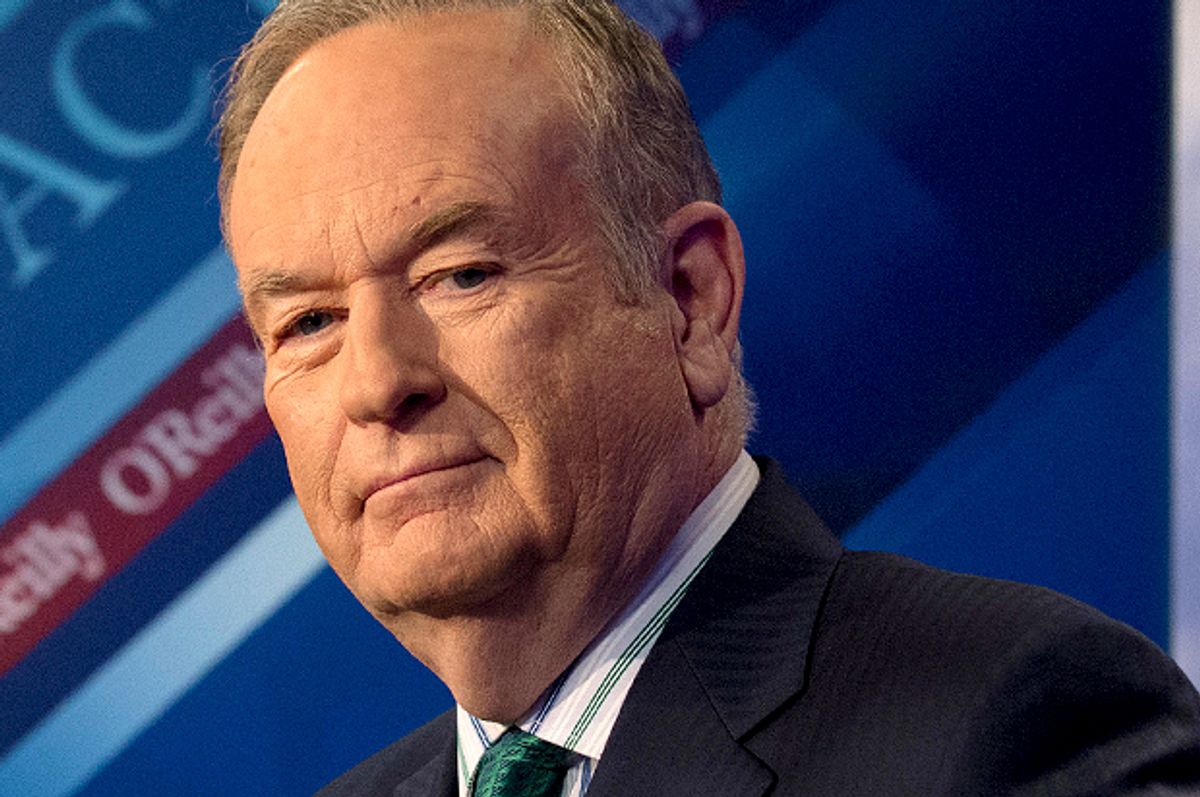 Do liberals care about human life? This was the topic of a recent commentary by America's most self-righteous TV host, Bill O’Reilly. The controversy surrounding Planned Parenthood, along with the tragic murder of Kate Steinle, were of course the grounds on which O’Reilly suggested that the American left no longer cares about human life (as they did when, O'Reilly says, he was growing up).

For those unfamiliar, earlier this month a number of videos were released by the anti-abortion organization Center for Medical Progress, showing Planned Parenthood executives being secretly recorded, and seemingly discussing how much it would cost to provide the organs of fetuses for medical research. Two more similar videos were released this week. The videos were selectively edited, making it seem as though the executives were profiting from selling dead fetuses -- which is illegal. This is untrue. Planned Parenthood has said that they were simply giving prices on procedure costs -- and the unedited videos back this up. The edited “gotcha” videos have been thoroughly debunked, and what these executives were discussing is completely legal. (Congress is now expected to vote next week on defunding Planned Parenthood, and Ted Cruz is threatening to shut down the government -- again.)

As for Bill O'Reilly: After declaring that Planned Parenthood should be defunded, the Fox News host goes on to discuss the murder of Kate Steinle by an undocumented immigrant to further his claim that liberals don’t care about human life. Because of course.

The funny thing is, conservative hypocrisy is never more apparent than when talking about human life. Take the war in Iraq, for example, which O’Reilly and Republicans (and some Democrats -- who cannot be called “left wing”) fully supported and aggressively promoted. The war has caused  a total of 219,000 deaths, according to Iraq Body Count, an estimated 141,802 to 160,706 of those civilian.

For people like O’Reilly, who was one of the biggest Iraq War proponents, the war drums didn't stop beating even after the weapons-of-mass-destruction claims fell through; the cause then became about democracy and liberation -- another obvious cover used to justify mass killings. O’Reilly’s colleague Sean Hannity similarly worked as a propagandist for the Bush administration, saying in 2003, “We're going to go in and we're going to liberate this country in a few weeks and it's going to be over very quickly.”

Fast-forward 12 years, as the state of Iraq borders on anarchy, and the right-wing war machine is at it again, this time targeting Iran. O’Reilly and his colleagues have gone to work trying to smear the recent nuclear deal without proposing any viable alternative -- which would mean eventual military action. War is the ultimate destroyer of human life, and yet those on the right (except some libertarians) cannot seem get enough of it. This alone is enough to discount O’Reilly’s smug claim that “human life is no longer a priority for many on the left,” as if the right is life's defender.

Still, one could argue that, while O’Reilly and his conservative friends don’t really care about human life, they do care about American life. They are not opposed to dropping bombs on small villages, even when they could possibly be full of innocent woman and children, or deporting the parents of small children -- but if you’re American, then your life matters (especially if you are an undeveloped embryo). That is, unless you happen to be a minority American.

Take the systemic racism within the criminal justice system and the killings of young black men that we see all too often today. Anyone who legitimately cares about human life should be appalled by these occurrences. And yet, those on the right wing in America, who O’Reilly seems to believe care very much about human life, tend to have the same reaction every time a police officer kills a black man: He must have done something to deserve it. It couldn’t be because he was black; he must have committed some grievance that justified the officer taking his life. Selling untaxed cigarettes, having an attitude, talking back -- this is what sociologists call the “just-world bias,” where everything happens for a reason.

To some extent, everyone has an unconscious “just-world” defense barrier, as a way of rendering a clearly unjust world more bearable. Those on the right of the political spectrum, however, are blinded by a “just-world” myopia, especially when it concerns minorities in America. O’Reilly, for example, flat out denies the existence of institutional racism in America, even when the statistics quite clearly prove otherwise. O’Reilly blames the black community, and once recommended, without a tinge of sarcasm in his voice, that black people should wear “don’t get pregnant at 14” t-shirts. When a police officer kills a black man, it is automatically assumed that either it was a just kill or it was an isolated incident -- that there is, at heart, no serious issue here.

Now, let's look what happens when a white person is killed -- in this case the tragic shooting of Kate Steinle in San Francisco last month by an undocumented immigrant. No one in their right mind can deny that this was an unjust and heartbreaking murder -- but it actually was an isolated incident. The evidence shows that immigrants (25 percent of whom are undocumented) actually commit fewer crimes in America than citizens.

That has not stopped the right, especially Bill O’Reilly, from stoking xenophobic fears every night as if there were a criminal epidemic created by undocumented immigrants. O’Reilly has proposed a new law called “Kate’s law,” advocating that all deported immigrants who attempt to reenter the country receive a mandatory five-year prison sentence (which would be wonderful for the prison industrial complex). Not only is this draconian, but a top official from Immigration and Customs Enforcement (ICE) said last week:

“We’re stretched on our resources already and we’re focused on convicted criminals; to expand it to just illegal entries or reentries would be a very big problem for us. It’s just too low level an offense.”

What do all of these things say about the GOP’s concern for human life? It says that they are mostly concerned about the lives of white Americans.

The lives of white Americans are, of course, important, but so are the lives of black Americans, Hispanic immigrants, Middle Eastern children, and every other human life on this planet. Anyone who advocates preventative war or capital punishment, and denies something as obvious as institutional racism in America has about as much credibility talking about the importance of human life as Ron Paul has talking about monetary policy.

As for the issue of abortion, you would be hard-pressed to find anyone who doesn’t want to limit the rate of abortion, which happens to be at its lowest since the Roe v. Wade ruling. This is one reason why those on the left advocate contraception! The majority of liberals simply believe that women have the right to choose, and understand that criminalizing abortion does about as much good as the war on drugs has done. In 1955, it was estimated by experts that 200,000 to 1,200,000 illegal abortions were performed in America each year. Criminalizing abortion is an act of cruel futility, which, as should be clear by now, is something the GOP thrives on.