“Stop. Working. For. Free.”: Writing is my job, so why was it so hard to take that advice?

We were just so grateful to be at the party -- but one day, we took a page from male friends, and started saying no 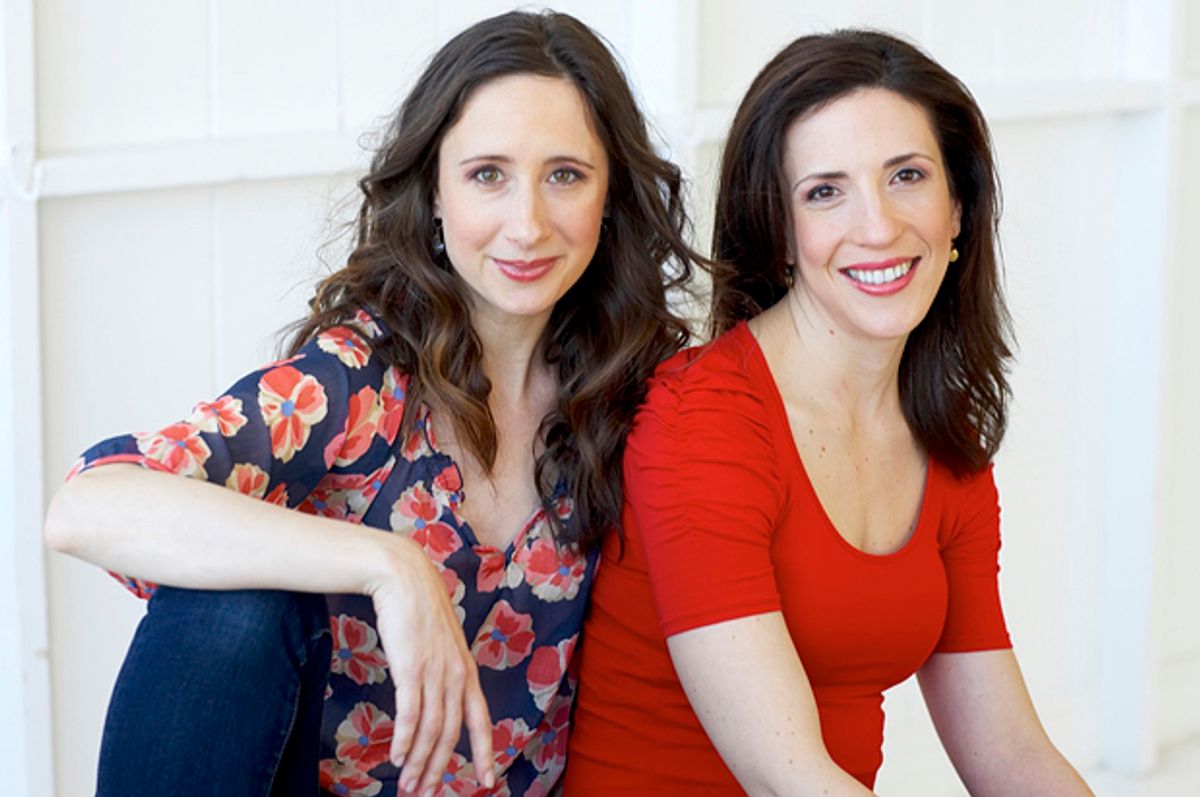 Last Christmas my writing partner, Emma, and I sat down in a midtown eatery for our annual lunch with our lawyer, arguably our favorite person on the team and the only one we’ve worked with for 14 years straight.  Agents have come and gone, editors have come and gone, publicists have joined witness protection, but our lawyer has been our steadfast protector.  Whenever we get an email from him we can be counted on to sing one chorus of “Something Good” from "The Sound of Music."  So when the breadbasket was passed around and that morning’s email exchange came up, between us and a Hollywood producer kicking our tires about a rewrite, I took Ken’s words of wisdom to heart.

“Stop. Working. For. Free.”  Then he flicked my forehead.

One of the books from college that had the most influence on me was "The Joy Luck Club" by Amy Tan, and the story within it about the daughter who ignores her mother’s advice -- “Know your worth” -- at her peril.  So I entered the entertainment industry at 25 armed with the right mandate.  How did it erode?  Quickly.

It starts with the boxes that the industry puts women in.  Last fall the New York Times Arts & Leisure ran two actor profiles in the same issue, one with Steve Carell, who said he wasn’t particularly looking to get out of comedy when the "Foxcatcher" team came looking for him, and one with Reese Witherspoon, who had been trapped in a dying genre by the “likable” moniker and had to go out and option "Wild" and produce it herself—even though she had already won a best actress Oscar.  If that’s what happens to the people with cosmetics contracts and Twitter followers, imagine what happens to the writers.

As authors of a commercial women’s fiction bestseller and unwitting co-founders (along with Fielding, Sykes, Banks and Weisberger) of “Chick-Lit” we were delighted to discover that we were immediately ineligible for working on pretty much anything that interested us.  Even selling a next book that wasn’t a sequel involved a series of pride-swallowing meetings Cameron Crowe could have scripted.

We thought we had written a story about child neglect and the abuse of undocumented workers.  They thought we had written about shopping.  So ... how to show them?  Go off and write something on spec!  We took a few months and wrote a thriller set in the Ukraine about a 40-something woman who goes to adopt a baby and ends up being hunted by the mafia.  It had nudity and explosions and gunfights!  Our agents wouldn’t even shop it. “You’ll confuse the marketplace.” We weren’t quite sure what “marketplace” that was, but ever good girls, we put it in a drawer and wrote another script. About a breakup coach! Marketplace gets it.  Marketplace happy.  But since the lead was a woman we couldn’t sell it. (This was said to our faces, although the female studio heads couched it in, “She’s female so I can’t buy it because I already bought one script with a woman in it this year.”) But then we got a job writing a script for a major studio, adapting the title of a book they’d optioned. Yay!  And that was when someone from accounting stepped forward, cleared his throat, and said that, since there was another script based on this same title in a drawer somewhere, technically this was a rewrite and that’s what we’d be paid for.

This is the point where a dude would have upended a table, but we were so grateful. (If you’ve ever been a single dating woman, you know that is the worst place to be engaging from.) Meanwhile, a TV producer was interested in adapting our second book into a show. But, crap, female lead again—could we just, you know, to make it easier for a studio to see, write the pilot? “Sure!” At the party, at the party, just so grateful to be at the party.

Meanwhile, back in the canyons of midtown, the Internet became glutted with people creating free content. So we had a moment of silence for the paid magazine-writing heydey of our mid-20s and then dived right in, sparklefarting opinions left, right and center, just so eager to have an opportunity for Melanie from Dubuque to tell me that my story about raising rescue unicorns made her wish I’d been aborted.

So, between HuffPo and Hollywood, we were all the way in; we’d been bought the lobster and given the good bottle of wine, maybe even a Quaalude, we were primed ... for when Broadway asked to take us home. Months and months of 40-hour weeks on spec. But it feels so real!  You’re on the subway every morning at rush hour to sit in a room that famous people from your childhood have sweated in, working alongside people with actual Broadway credits … you’re investing, that’s all. All businesses take time to build, and nothing is in the black for the first few years, and everyone has to prove themselves, and sunk costs, sunk costs, at the party, at the party —

I walked home from that lunch in a stupor. I was a nanny, for God’s sake! I started my income-producing life worshiping at the altar of the billable hour! At 20 I knew what my time was worth: $10. How did I know more at 20 than I did at 40?!

Because my confidence eroded. That’s the crime. When you don’t get paid for commissioned work you start doubting your abilities and that makes it harder to sell the work you have to write on spec and pretty soon you’re behaving like Willy Loman.

I felt like I’d just spent 10 years in the backseat getting pawed. “Come on,” the industry whines. “All your friends are doing it.” And then, finally, when you try to push their hands away one too many times. “You know, you’re lucky to even be here.”

I was lucky. I am lucky. I know that. But this is also my job. I am not a dilettante. I don’t even write at coffee shops. I sit at this desk eight hours a day, five days a week, drinking my own terrible coffee. And I either needed to make more doing it than newly minted college grads are offered at NGOs (something I was delighted to learn from my 5-year-old’s former baby sitter) or move on.

So here’s what I did, taking a page from my male friends in the industry: I started saying no. I started asking for my union minimums. I stopped agreeing to do rewrites for free. And gradually, little by little, I got offered paying work.

One of my first non-nannying jobs after college involved working for an agent. I inherited the job from a friend who couldn’t take it anymore because she was made to sit on the floor next to the dog bed. But I also noticed that whenever I met her for dinner she was wearing track pants. So I showed up on day one in a suit and they built me a desk by Friday.

And it’s as true on Tinder as it is on Media Bistro.

Emma McLaughlin and Nicola Kraus are the New York Times bestselling authors of "The Nanny Diaries," which was made into a motion picture, "Citizen Girl," "Dedication," "Nanny Returns," "Between You and Me," "The First Affair," "So Close" and their young adult novels, "The Real Real" and "Over You." They are the founding partners of the book and media-coaching firm The Finished Thought in New York City. Their latest and final book together, "How to Be a Grown-Up," publishes July 28 with Atria Books.