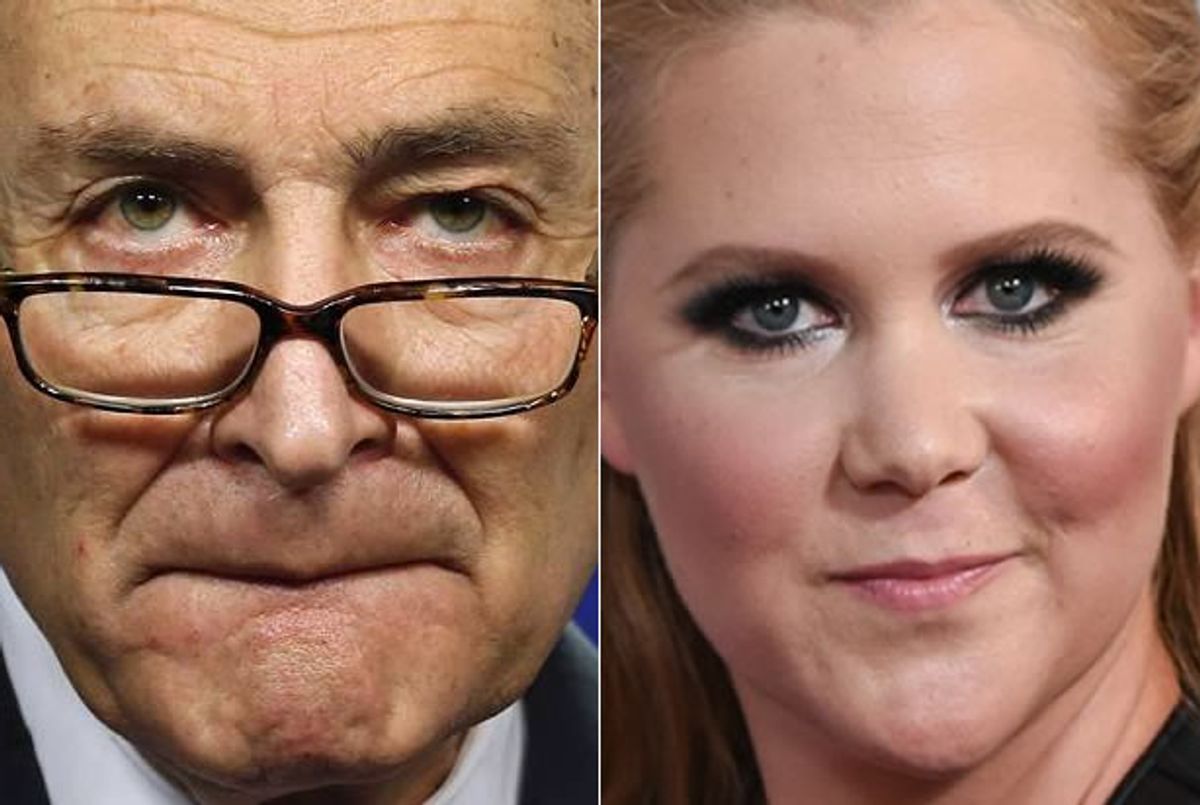 Senator Chuck Schumer and comedian Amy Schumer held a press conference Monday to discuss steps that could be taken to prevent another shooting like the one in Lafayette, Louisiana two weeks ago.

The shooting occurred at a screening of Amy Schumer's new film, "Trainwreck," which is what prompted her to coordinate with her cousin, the senator, to push for legislation that would make it more difficult for violent offenders and the mentally ill to purchase firearms legally.

Amy Schumer suggested that something was in the works when she tweeted a response to an open letter by a woman whose mother survived the Sandy Hook massacre. "I know deep down that the tweet you sent after the shooting was not all that you’ve got," Sarah Clements wrote. "And we need your voice in this movement. We need your help." Schumer replied:

And today she made good on that promise, standing beside her cousin as he proposed a plan that would reward monetarily states that submit the records required to perform substantive background checks, and penalize those states that do not. The legislation would also all Congress to fund the Substance Abuse and Mental Health Services Administration, and compel the Department of Justice to compile a report comparing individual state standards for involuntary commitment.