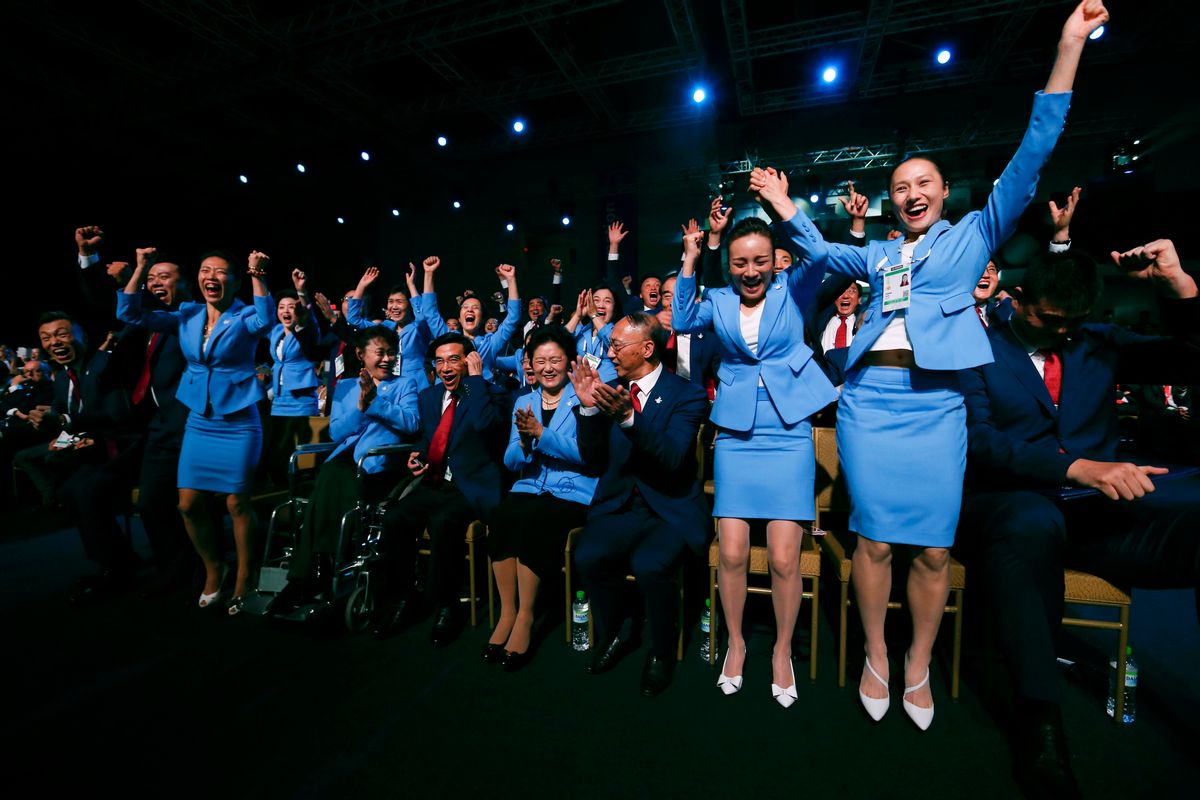 Beijing was awarded the 2022 Winter Olympics, beating the Kazakh city of Almaty 44-40 in a surprisingly close vote to take the games back to the city that hosted the 2008 Summer Olympics. The Chinese capital — the first city to host both the winter and summer games — was seen by the International Olympic Committee as a secure, reliable choice that also offered vast commercial opportunities in a new winter sports market of more than 300 million people in northern China.

In other images from across Asia last week, tens of thousands of stateless people who were stranded for decades along the poorly defined border between India and Bangladesh can finally choose their citizenship, with the two countries swapping more than 150 pockets of land to settle the demarcation line dividing them.

Turkish President Recep Tayyip Erdogan met with top Chinese officials in Beijing amid tensions over China's treatment of its Uighur minority and sensitive negotiations surrounding the possible purchase of a Chinese missile system. It wasn't clear whether progress was made on either issue, although both Erdogan and Chinese President Xi Jinping affirmed the strength of bilateral relations.

Filipinos poured out of buildings and shopping malls in a massive drill across Manila to prepare for a strong earthquake that experts fear could kill tens of thousands and displace millions. Experts say a fault line cutting across the sprawling capital of more than 12 million people and nearby provinces could shift anytime, based on its seismic history.

This gallery was curated by Associated Press photo editor Toru Takahashi in Tokyo.