How not to talk about Bill Cosby: This week's edition 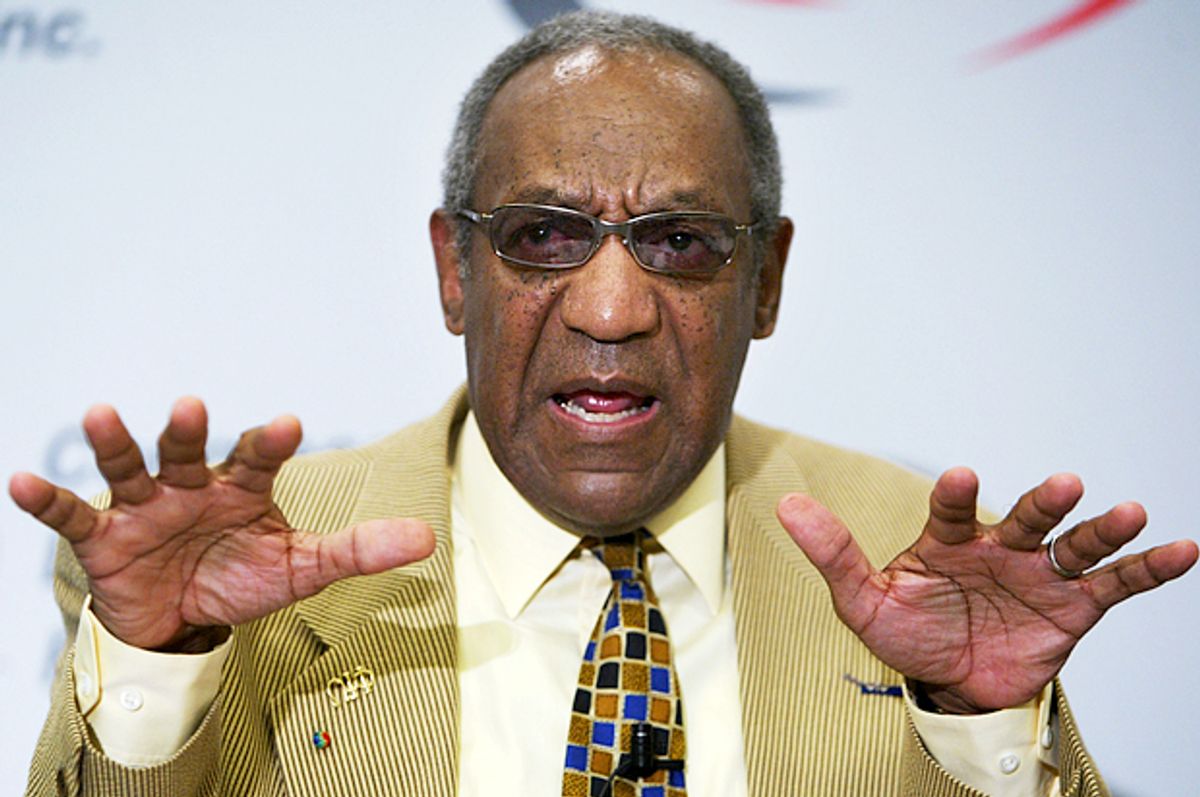 How many different wrong ways are there to talk about the ongoing onslaught of sexual assault allegations against Bill Cosby? My God, we need to invent a new number, that's how many. So how about for now we just stick with these two recent candidates for the OH HELL NO hall of fame?

Let's talk about former "Cosby Show" executive producer Tom Werner, who recently spoke with Michael Ausiello for TV Insider about the all important legacy. "I certainly think that at the moment the show is kind of tarnished," he said. "But hopefully people can distinguish between the show and Bill. I think about all the great episodes that we’ve done and the impact that it had. I’m certainly hoping that people can continue to watch it. Certainly it’s a challenge right now. I’m hoping that time will pass and that all the great acting and the great stories and the memorable moments will still be able to be viewed." Okay, who would like to tell Werner that we all heard this already on an Amy Schumer sketch, when she warned a very literal court of public opinion that "I'm talking about a beloved show that we love"?

As Ausiello points out, "Cosby Show" reruns are currently disappearing from syndication at an incredible clip. But here's the thing — right now, at this particular moment in history, who gives a crap? The correct response to any questions regarding Bill Cosby's legacy, or any future enjoyment of a family-friendly sitcom from the eighties is this: It doesn't matter. It's not what's important right now. Of course the many decent, talented people who participated in the creation of a television show during its eight year run are not accountable for the alleged behavior of its star. So the hell what? The TV show is somewhere around item number one thousand on the list of priorities in this story. And whether you're a person directly involved in the show or just a viewer who remembers it from youth, that's what needs to be said. It can be stated, "I was proud to work on the show," or "I enjoyed watching it," but that ought to be immediately followed with a big, "But it was just a damn TV show. That was fiction. What matters now is real life. What matters now is truth." See how easy that was?

Similarly, even if you're on a man's legal team, may I advise not making statements that seem transparently and inappropriately blaming? Speaking with HuffPo Live this past Friday, Cosby attorney Monique Pressley said, "Report. Go to the hospital. Do all of the things that rape counseling centers tell women to do immediately... That's not blaming…. Every person who says that something happened to them is not necessarily telling the truth. And every person who says that something happens to them just generically in the world is not necessarily a liar… I'm not speculating, I'm not thinking, I'm not opining, I'm not waxing poetic, but what I'm saying is women have responsibility. We have responsibility for our bodies, we have responsibility for our decisions, we have responsibility for the way we conduct ourselves…. What cannot happen — in my opinion, in the United States — is that 40 years later there is a persecution tantamount to a witch hunt where there was no prosecution timely and there was no civil suit timely." She said "responsibility" — and not in relation to a person who's been accused of drugging and assaulting women for almost fifty years! She said "witch hunt"! If you had those on your bingo card, drink.

We all get that many of the crimes — and they are crimes — that Bill Cosby has been accused of are now long past the place of eligibility for criminal proceedings. We all get that what remains will likely only ever be the word of one man and close to four dozen women and counting. We get that the likelihood of ever calling him "Bill Cosby, convicted criminal" is very slim. However, the argument that the women who say he assaulted them should have conducted themselves differently — either in their prior interactions with the comic or in the aftermath of the assaults they accuse him of — is just slimy. And guess what? Saying that you're not blaming people before you blame them doesn't actually work as a magical cloak of invisibility over the blame. We can all still see it. And if you want to talk about the accusations, talk about the accusations, talk about the person accused — not the behavior of the women, and certainly not some old sitcom.